NHL Picks: New Jersey Devils Having A Devil Of A Time

My Team's Next MatchNew Jersey Devils

Things are beginning to look familiar for the New Jersey Devils - hauntingly familiar. Last season, the Devils were one of the surprise teams to start the NHL season, before fading badly and ending up with the first overall pick in the NHL entry draft. Fast forward a year, and the Devils were once again fast breaking from the gate, but lately, are backsliding once more, 0-2-3 in their last five games since a five-game winning streak came to a halt.

The Philadelphia Flyers are among the NHL's streakiest teams. Currently rolling along and enjoying a three-game winning streak, this run of success came on the heels of a three-game losing skid. The Flyers previously this season have endured a 10-game losing streak, as well as a six-game run of victory. The Flyers are also an excellent over bet. Eight times this season, they scored at least five goals in a game. But nine times this season, they've fished at least five pucks out of their own net.

As these two Metropolitan Division rivals meet coming out of their respective bye weeks, will Philly keep rolling or will the Devils rediscover their mojo?

We look at all the angles on this tilt, with odds provided by Bovada. 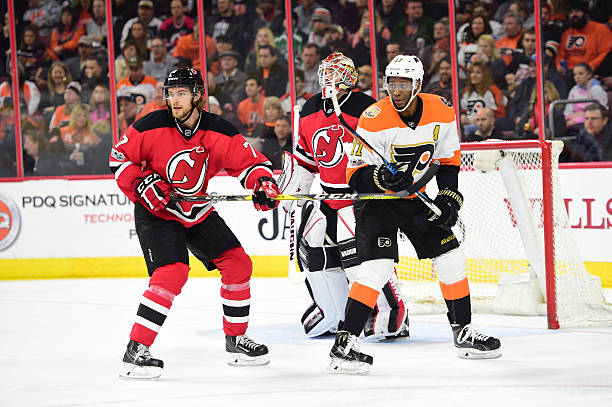 Despite their recent woes, the 22-11-8 Devils still maintain third place in the tough Metropolitan Division, which could very easily produce five of the eight Eastern Conference playoff clubs. New Jersey also holds three games in hand on both the Washington Capitals and Columbus Blue Jackets, the two teams ahead of the Devils in the Metro Division. They endured a four-game slide in November, but then rebounded to go 3-1-1 in their next five games.

They are a solid 12-5-3 on home ice at the Prudential Center, including six wins in their last seven games there. The last four losses of their current five-game skid came on the road. Keeping the puck out of their new is proving to be the Devils' downfall during their run of setbacks.

New Jersey has allowed 21 goals during this stretch of failure, after surrendering just 13 goals in the previous seven games. Three of the five losses have come via overtime or shootout, so the Devils have been close to victory. 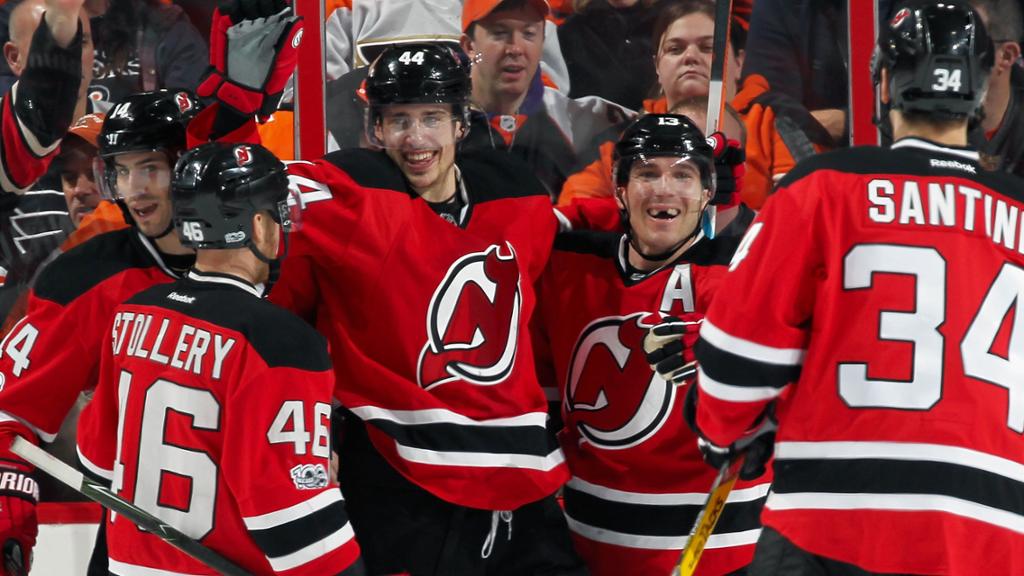 Taylor Hall leads the Devils with 42 points, 16 more than any other player on the team, and has produced 4-4-8 numbers in the last four games.

Brian Gibbons has already set a new career high with 12-10-22 numbers, is second in the NHL with three shorthanded goals and leads the Devils with a plus-11 rating. Defenseman Sami Vatanen has averaged a team-high 22:07 of ice time since arriving in a Nov. 30 trade with Anaheim. Goalie Corey Schneider has points in nine of his last 11 decisions (6-2-3).

The Flyers are 11-4-1 since their 10-game losing streak and have been riding goalie Brian Elliott. He'd started 16 in a row before giving way to Michal Neuvirth in Philly's last game before the break. The Flyers were 10-5-1 in Elliott's last 16 starts. Sylvain Couturier (23-19-42) has already established a career high for points and is the first Flyer to reach the 20-goal plateau by mid-season since Daniel Briere in 2010-11. Captain Claude Giroux has a trio of three-point games in his last nine games.

Though they blew a 4-2 lead in their last game, a 5-4 shootout loss to the New York Islanders, the Devils are 35-0-11 the last two seasons when leading after two periods. The Flyers are a dismal 2-8 in overtime and 0-3 in the shootout.