Habs and Leafs Always Put on a Show

You can put away the respective records and forget who's hot and who's not when the Montreal Canadiens and Toronto Maple Leafs clash on the ice. A rivalry as old as the NHL itself, these two franchises first faced off on Dec. 26, 1917. Entering the season, the Habs had swept 14 in a row from the Leafs, but that streak came to a crashing halt, as Toronto has taken both meetings from Montreal so far in the 2017-18 campaign.

Like the Leafs and Habs, the Boston Bruins and Tampa Bay Lightning are also Atlantic Division rivals, and while the Lightning top the division, it's the Bruins who strike when they face the Lighning, winning six of seven from Tampa Bay and the last four meetings at Amalie Arena. Looking to maintain their Eastern Conference wildcard spot, the Columbus Blue Jackets will seek to take care of another Atlantic Division squad, the Ottawa Senators.

We think all of these games together make for a fine three-game NHL parlay, based on the odds on offer from Bovada.

The Senators have won three straight on the road and four of their last five. They are 5-2 in their last seven games at Columbus, though they lost 5-2 there earlier this season on Nov. 24. LW Mike Hoffman (13) leads the Sens in road goals, while RW Mark Stone (6-20-26) is Ottawa's top point getter away from home. The Blue Jackets come into this one off a big 5-3 win over the Philadelphia Flyers, who they are trying to catch for third in the Metropolitan Division. Columbus has actually won more on the road (19) than at home (17).

A losing streak that endured over three years ended in fine fettle this season. The Leafs have dropped the Canadiens twice by a combined margin of 10-3. But both of those games were in Montreal. The Habs are still riding a seven-game winning streak at the Air Canada Centre. Toronto has won three straight, but the Leafs are dropping like flies. C Auston Matthews (shoulder), G Frederick Andersen (upper body) and C Leo Komarov (lower body) are all out, though it's expected Matthews might be back for this game. 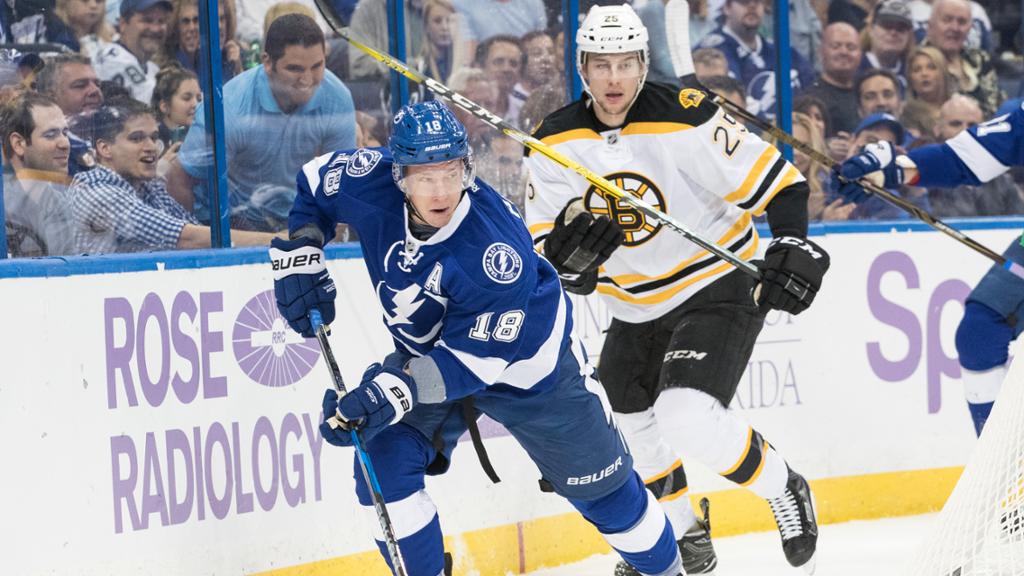 The Bruins took it on the chin 3-0 Thursday at Florida, but generally their visits to this part of the state go much more swimmingly. They've won four straight in Tampa Bay and seven of their last nine visits there. Boston is 6-2 in March and has won 19 road games. But the Bruins are banged up, without C Patrice Bergeron, D Charlie McAvoy and Zdeno Chara and LW Jake DeBrusk. Tampa Bay is 4-16-1 against Boston over the past seven seasons.