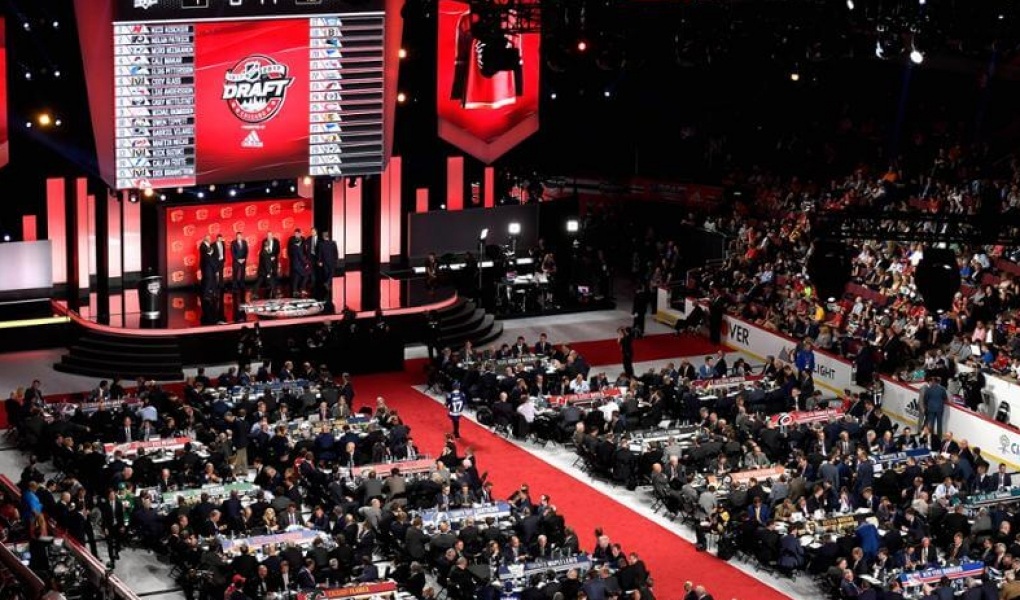 Let’s have a first quick look at the current available NHL Draft odds:

When the 2018-19 hockey season began, slick American center Jack Hughes was the consensus to go first overall in the 2019 NHL entry draft.

But as the season has gone on, Finnish winger Kaapo Kakko has steadily turned heads with his clinical finishing skills. Hughes, though, continues to hold forth as a solid favorite to go No. 1 with the sportsbooks.

Bovada puts Hughes at prohibitive odds of -1200 to be the name called when the New Jersey Devils make the first overall pick on June 21.

This isn’t the first time that there’s been a debate entering the NHL entry draft between a dynamic duo. In 2016, there was a very similar debate between American center Auston Matthews and Finnish winger Patrik Laine. The Toronto Maple Leafs, picking first, opted for Matthews.

In 2016, Connor McDavid and Jack Eichel were the contestants for No. 1 overall. McDavid won that race when the Edmonton Oilers claimed him first overall. Six years earlier, the debate was between two Ontario Hockey League talents, Windsor Spitfires left-winger Taylor Hall and Plymouth Whalers center Tyler Seguin. Hall won that showdown. He went first to the Oilers and Seguin second to the Boston Bruins.

Both Hall and McDavid have since won Hart Trophies as MVP of the NHL.

The Facts About Jack

The fascination regarding Kakko was further ramped up as he helped Finland win the world championship last month. The Finnish flash tallied six goals during the tournament. He netted a hat-trick as the Finns beat Slovakia.

At this juncture, Kakko certainly looks to be physically more comfortable when it comes to playing against men. Kakko potted 22 goals and collected 38 points for TPS in Finland’s Liiga, the top league in his homeland.

The thing about the NHL entry draft, though, is it’s not about what can you do for us today? It’s about what will you do for us long term? Teams are required to project what a player will do down the road. In the case of Hughes, his future projects magnificently. Playing for USA Hockey’s under-18 team, Hughes scored 34 goals and garnered 112 points in 50 games.

The long-held theory in hockey circles is that when there’s a toss-up between two players, you always go with the center. With his vision, hockey IQ and his creativity, Hughes is the type of player who can do it himself. He also possesses the capability to lift those around him to greater heights.

The real debate at the NHL entry draft might actually start when the Chicago Blackhawks step to the podium to make the third selection of the first round. While Hughes and Kakko are consensus choices to both be off the board by then, who goes next has proven to be a topic of much discussion.

TopBet is offering a prop wager on which player will in fact be the No. 3 choice. Bowen Byram, a defenseman with the Western Hockey League’s Vancouver Giants, is the -200 favorite to be taken third.

Byram has made a quantum leap up the 2019 NHL Draft odds. He was the sixth-rated North American prospect at the start of the season. By mid-season, he’d jumped to No. 4 and currently, he’s listed second overall.

Other leading contenders for the third pick include three forwards – American Alex Turcotte (-110), Canadian Kirby Dach (+550) and Russian Vasili Podkolzin (+850). You could also choose to play the field at +4000.

In the case of the Blackhawks, however, Byram makes the most sense. Chicago defensive stalwarts Duncan Keith and Brent Seabrook are growing long in the tooth and will soon need to be replaced.

It figures to be a big weekend for American draft-eligible talent. There’s never been more than four US-born players to go in the first 10 picks of an NHL entry draft.

This year, the NHL Draft 2019 odds are projecting five American selections among the top 10 choices. Hughes, whose brother Quinn was a first-round pick in 2018, heads the list. Turcotte, the son of former NHLer Alfie Turcotte, will also be an early choice.

TopBet is offering a prop wager on the total number of Americans selected in the first round. The bar is set at 10.5. Playing the over or under will garner odds of -120.

Over 10.5
Americans selected in the first round Odds
-120

As well, the sportsbook has on offer a total wager on the number of players chosen in the first round from USA Hockey’s National Team Development Program. That is set at 7.5. An over wager offers odds of -110. The under play is set at -130.

Under 7.5
Players from the Development Program selected in the first round Odds
-130