NHL: Is There A Silver Lining To Lightning's Clouds?

Let’s have a quick look at these analysis:

Last season was finally supposed to be the year for the Tampa Bay Lightning. They tied an NHL record by winning 62 games in a single season, joining the 1995-96 Detroit Red Wings. Then the Lightning also paralleled the Red Wings in defyiing the NHL future odds by failing to win the Stanley Cup.

Like the Wings, the Lightning didn’t reach the Stanley Cup final. Unlike those 1995-96 Red Wings, who lost in the Western Conference final, the 2018-19 Lightning didn’t even come close. Tampa Bay was swept aside in the first round of the playoffs in four straight games by the Columbus Blue Jackets.

It was one of the most shocking upsets in the NHL Las Vegas odds. A year later, have the Lightning finally endured enough pain to earn the right to the pleasure of sipping champagne from the bowl of the Stanley Cup? If not, then look for major changes to be struck within the core of the Tampa Bay team.

Let’s look at all the NHL odds and BABB’s picks based on the betting information supplied by Bovada. 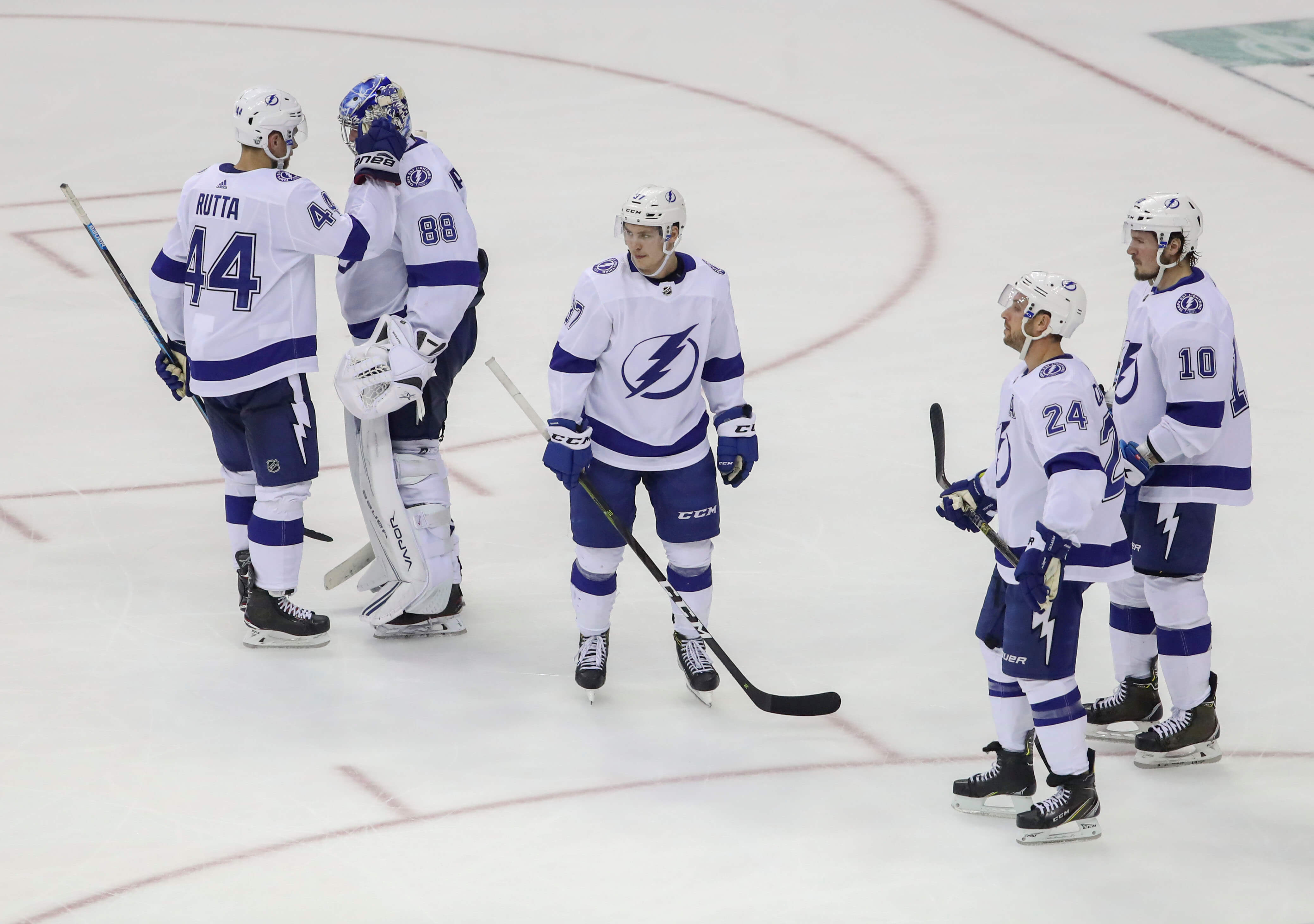 As much as last spring ended in disappointment, the talk within the Eastern Conference will always start with the Lightning. They’re simply so deep and talented that the NHL future odds will always lean their way. Eventually, they’ve got to figure it out and put it all together.

Goaltender Andre Vasilevskiy was the Vezina Trophy as the NHL’s best goalie.

Victor Hedman was the 2017-18 Norris Trophy winner as the NHL’s leading defenseman. And we’ve yet to mention captain Steven Stamkos, the speedy Tyler Johnson or power forward Brayden Point.

To this group, they added size in free agent forward Patrick Maroon and skill in defenseman Kevin Shattenkirk.

There’s a stellar 1-2 punch at center in Auston Matthews and John Tavares. Right-winger Mitch Marner’s contract was settled but you get a sense that even though they’re young, the Leafs must win right away. They’ve half their salary cap locked into four players (Matthews, Marner, Tavares, forward William Nylander).

Adding Tyson Barrie provides more skill on the back end but cost them Nazem Kadri, a rare Leaf who played with an edge. Toronto hasn’t won a playoff series since 2004.

Losers in Game 7 of the Stanley Cup final a year ago, secondary scoring was again an issue for the Bruins as they couldn’t get over the hump. Age is creeping into their core as well. Captain Zdeno Chara is in his 40s. Patrice Bergeron, the NHL’s best two-way center for years, is well into his 30s.

The Western Conference finally brought the hardware home last season when the St. Louis Blues defied the NHL odds and won the Stanley Cup. It was the first triumph by the West since 2015, when Chicago carried the NHL betting odds and brought the Cup home in 2015.

These teams should be the best of the West in 2019.

Entering their third NHL season, the Golden Knights continue to put the pieces into place in the NHL future odds. Mark Stone gave them another proven scorer to go along with Max Pacioretty. The Vegas top-six forwards are outstanding. Defenseman Shea Theodore is good to go after an offseason cancer scare.

Steadily progessing up the ladder, the Avs made the playoffs two springs ago and won a playoff round last season. With a solid young core led by MVP candadate Nathan MacKinnon, will the Avs go even further in theNHL Las Vegas odds in 2019-20?

The Blues jumped from last in the NHL in early January to Stanley Cup winners for the first time in franchise history. What can they do for an encore? Well, don’t expect a repeat performance. This St. Louis Cinderella story won’t have a sequel.

Here’s who will be bringing home the hardware during the upcoming NHL season.

The Lightning will finally solve the puzzle and go all the way. They’ll beat the upstart Avalanche in an exciting Cup final that NHL vegas odds say should go at least six games.

MacKinnon has skated on the cusp of greatness for a few years now. As he leads Colorado to status among the NHL elite and contends for the scoring title, he’ll bring the NHL’s MVP award to the Mile High City.

After an off year for him, Connor McDavid of the Edmonton Oilers bounces back to win his third NHL scoring title in four seasons.

It’s a wide-open race but if he returns to health, the NHL’s best defenseman honor will go to Erik Karlsson of the San Jose Sharks. But if you want to play a price in the NHL future odds, don’t rule out P.K. Subban (+1100) if he leads New Jersey back to the playoffs.

Ben Bishop led the NHL in save percentage. The Dallas Stars appear to be progressing back into contender status in the Central Division and Bishop is a big reason why this is so.