What Teams To Wager On In Week 9 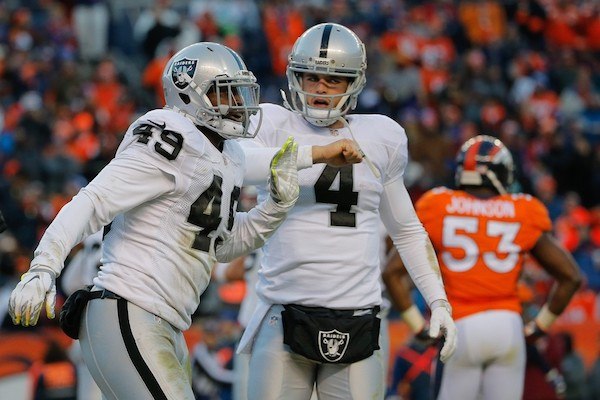 The Raiders are no longer on the rise. At 6-2, they have finally arrived. Or have they? This game will answer that question as they host the perennial AFC West kings, Denver (6-2).

For all of Oakland's success, none of their six wins have come against a team currently with a winning record. The only above .500 teams they've faced — Atlanta and Kansas City — resulted in losses at home.

With that said, you can't discredit the play of Derek Carr, who is arguably the MVP of the league so far. The third-year quarterback is fresh off a 513-yard performance and has season totals of 2,321 yards, 17 touchdowns, and just three interceptions. His 100.9 quarterback rating is fifth best in the league.

Carr will face his biggest test yet. The ball-hawking defense leads the NFL in two categories — takeaways (16) and sacks (26). Denver have held opponents to an average of 17 points per contest, which ranks fifth in the league.

What this game boils down to is simple: prolific offensive versus stout defense. History has proven time and time again, defense usually prevails. And until the Raiders prove they can beat true contenders, we're riding with the Broncos to remain the AFC West super power. 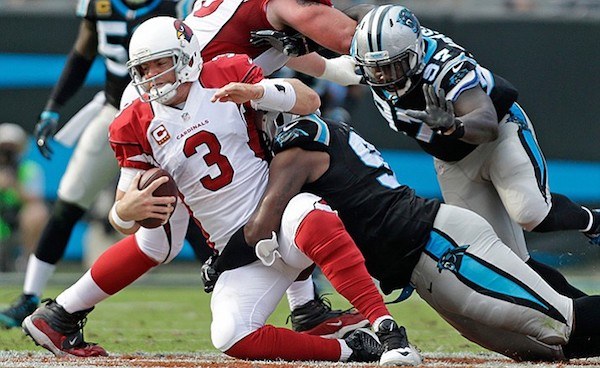 The defending NFC champion Panthers breathed life into their season with a 30-20 beatdown of the Cardinals. Carolina (2-5) chased Carson Palmer all game long, bringing him down for eight sacks in the much-needed victory.

Los Angeles is coming off a bye week and haven't tasted victory since Week 4. Akin to the Panthers, the Rams defensive front is excellent. The trio of Aaron Donald, Robert Quinn, and Alec Ogletree round out one of the best front-seven's in the NFL.

The matchup between these two promises to be a smash-mouth, physical duel. Neither offense has gelled halfway through the year. The Rams are ranked 30th in total yards and Cam Newton is nowhere near his MVP self of 2015.

The two keys to victory in this slugfest will be keeping the quarterback clean and forcing turnovers. Unfortunately for the Rams, the latter doesn't favor them. Quarterback Case Keenum has been picked off 10 times thus far. Only Ryan Fitzpatrick has thrown more interceptions.

Despite the cross-country trip and a well-rested opponenet, Panthers will find a way to leave Los Angeles with a win to salvage their season. 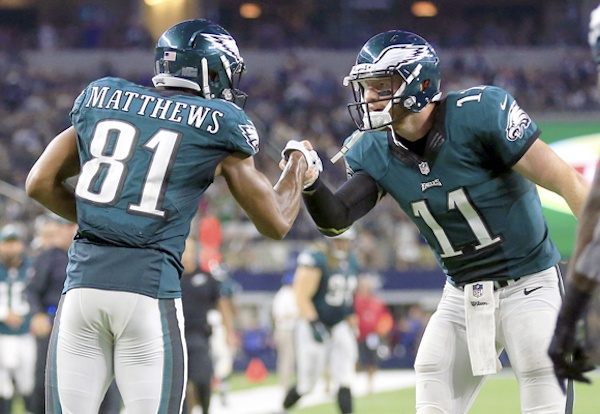 New York is 2-5 in over/unders, which has them tied for most unders this year. Despite an offense led by Eli Manning and flanked by playmakers Odell Beckham and Victor Cruz, the Giants are averaging a paltry 19 points a game. They are coming off a bye week, but I wouldn't bet they suddenly found the solution to their offensive woes with a few days off.

Carson Wentz has been a stud at quarterback for the Eagles. However, Philadelphia's vanilla offense desperately needs to be opened up. Last week, Wentz completed 32-of-43 passes, however, he racked up just 202 yards — that's 4.7 yards per play. The Eagles conservative playcalling won't fare well on the road against a good run-stopping Giants defense that is allowing 20 points per game.

Both division rivals enter the game at 4-3 as they attempt to keep pace in the heated NFC East standings. Expect both defenses to rise to the occasion and keep this one low-scoring.