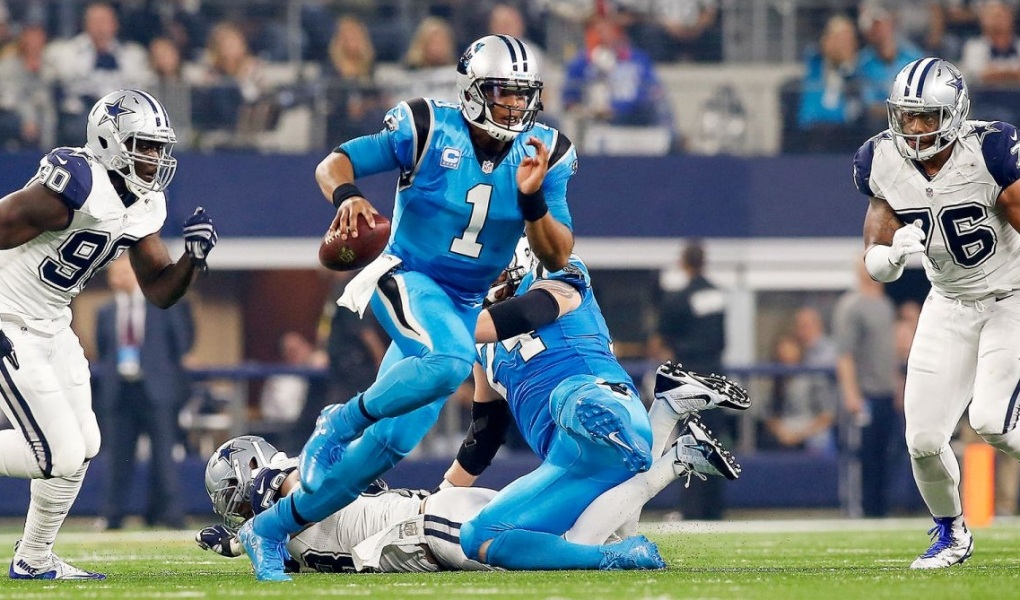 Big thanks to BetOnline for the following lines:

The plot is thick in this game. The biggest plot twist, though?

Barring a miracle, Pittsburgh will be without workhorse Le’Veon Bell.

The playmaking running back — who contributed 1,946 yards of total offense in 2017 — is reportedly holding out until the season ends, to the chagrin of some teammates. As explosive as the Steelers offense is, Bell’s absence will be felt, especially at the on-set as the team scrambles to replace him, if that’s even possible.

The Browns, riding its HBO Hard Knocks hype, hardly looks like the team that’s won one game the past two seasons. A new front office has cleansed the roster and for the first time in a long time, Cleveland will have a competent quarterback under center in Tyrod Taylor.

While Taylor admittedly lacks the firepower of a Ben Roethlisberger, he won’t beat himself either. Here’s a crazy stat to keep in mind: the Browns threw a league-worst 28 interceptions a year ago. By comparison, Taylor threw just 16 the last three years with Buffalo.

One more X-factor: Cleveland offensive coordinator Todd Haley. He spent the previous seven seasons as Pittsburgh’s play-caller. If someone knows how to slow the Steelers offense, which is already vulnerable, its Haley. Expect a close game down in Cleveland on Sunday!

If there’s one sure-fire to slow down Tom Brady, it’s to pressure him relentlessly with as little pass rushers as possible. Houston certainly has the personnel to do that and then some.

The Texans don’t just have on quarterback go-getter. They have a trio — JJ Watt, Jadeveon Clowney, and Whitney Mercilus. Keeping all three healthy at the same time has been near impossible for Houston, but they’ll be fresh for this pivotal Week 1 clash.

Making matters worse, Brady has a serious supporting cast deficiency problem to start the season. He’ll be without his favorite wide receiver Julian Edelman for four games. At running back, both Rex Burkhead and Sony Michel have been sidelined throughout the preseason — and there’s no telling how healthy either is.

Expect former Bill Belichick disciples, Texans head coach Bill O’Brien and Romeo Crennel, to throw everything at their former boss. Houston has enough in its arsenal to keep this one within a field goal.

Just one Week 1 matchup has a lower point total than this NFC clash. Honestly, we don’t understand why.

Both these offenses are strikingly similar — and that’s not a bad thing. Under center, the two have dual-threat playmakers in Cam Newton and Dak Prescott. Both are coming off down years, but there’s reason to believe bounce-back years are in store for each.

Newton will benefit from new offensive coordinator Norv Turner, who specializes in quick-passing attacks. Getting the ball out quicker should trim Newton’s turnover woes (16 interceptions in 2017). For Prescott, it’s all about the (full) return of Ezekial Elliott. The versatile running back is the key cog of the offense, and with his off-field issues resolved, expect the Dallas offense to be reignited.

Speaking of do-it-all rushers, the Panthers have one too in Christian McCaffrey. Akin to Elliott, the speedy back has home-run potential each time he touches the ball. One, if not both, are due for a big game.

Simply put, there’s too many playmakers on both sides for this one to float under 42 points.