The Detroit Lions lost all 16 of their games in 2008, becoming the first team since the 1976 Tampa Bay Buccaneers and the 1982 Baltimore Colts to end an NFL season with zero wins as well as the first team to do it since the schedule was expanded to 16 games.

According to oddsmakers at Topbet, the Chicago Bears (+325) will be the last team to win a game in the 2017 season. The Cleveland Browns (+400), last year’s winner, is close behind. Let’s take a look at some of the contenders (odds provided by topbet).

The Jay Cutler era may be over, but who’s next? The Bears went out and gave $45 million to a second-string quarterback in Mike Glennon. They drafted Mitchell Trubisky with the second overall pick in the draft, but there are few experts who believe he’s ready for prime time. All of this is likely keeping 62-year-old head coach John Fox up at night. All of this will likely have many Chicago fans wondering when they will win a game, never mind the playoffs.

Their first four games of the season are: at home to Atlanta, on the road in Tampa Bay, at home to Pittsburgh, and on the road in Green Bay. Kiss the month of September goodbye. Unless there’s a stunning upset in the mix, the Bears will start 0-4. 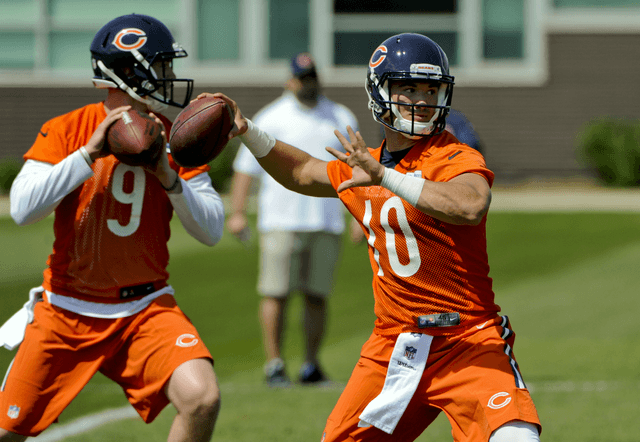 The Browns wanted 2016 draft pick Cody Kessler to have a fresh start and lead this team in their home opener against Pittsburgh. But he has performed poorly in minicamps and his confidence appears shaky. It’s not what Cleveland needs after a 1-15 season. The Browns now turn to Brock Osweiler or rookie DeShone Kizer as quarterback.

They are unlikely to win any of their first four games this season. In Week 5, they host the New York Jets — another team in the running for being the last NFL team to win a game. It may not be pretty, but one of these weak teams has to come out on top. It’s time for Cleveland to step up.

The youth movement is leading the 49ers into the season as rookie general manager John Lynch and head coach Kyle Shanahan take over a 2-14 team from last year. But it will probably take time to turn things around and let their young players develop. QB Brian Hoyer, now with his fourth team in four years, is just the interim starter. San Fran traded up in the draft for C.J. Beathard, so they must have big plans for the former Iowa Hawkeye.

The 49ers have a rough start to their schedule, including four road games in the first six weeks. It will be hard enough for the young squad to play in front of their home fans, never mind traveling to unfriendly places like Seattle and Arizona.

Last season was a complete mess for the Jets. This season is expected to be much the same. Veterans like quarterback Ryan Fitzpatrick and receivers Brandon Marshall and Eric Decker have moved on. The Jets, 5-11 last year, have embarked on a rebuilding process. These projects take time. Mistakes will happen and, in this league, there’s often a huge price for errors.

Some experts are calling for the Jets to go 0-16. But here are there first five opponents: Buffalo, Oakland, Miami, Jacksonville and Cleveland. New York won’t win in Oakland, but they have four good opportunities in the other games to get into the win column. 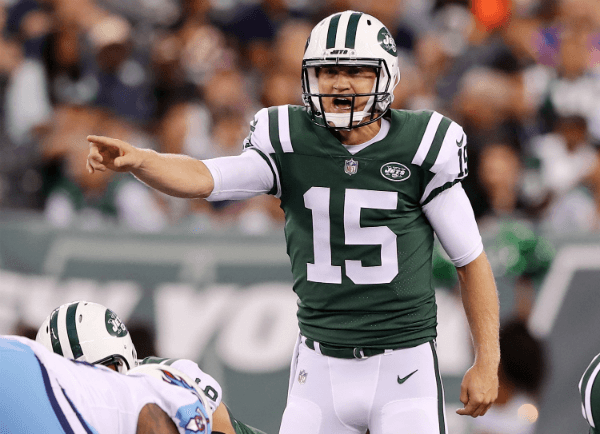 Yes, this prediction is a bit of a reach, but it’s also your longshot special. If the Chargers don’t beat Miami in Week 2, they could be 0-6 in quick order. It also wouldn’t be the first year the front office was hoping for in their new home in Los Angeles.

The Chargers open the season at Denver before hosting the Dolphins six days later in their home opener at StubHub Stadium, which is also home to Major League Soccer’s LA Galaxy. The team then plays a tough stretch against Kansas City, Philadelphia, the New York Giants and Oakland. Philip Rivers and his teammates must stay healthy to have any shot at a winning record in football’s toughest division.

BABB’s pick: The 49ers have a pivotal Week 3 game at home against the Los Angeles Rams. If they lose that one, they could start the season 0-10.