This Won't Be A Titanic Struggle

There are some really tough calls to make in this week's NFL Divisional Playoffs. And then there's this game. You know who the last Tennessee Titans quarterback was to win a game at Foxborough against the New England Patriots? We'll give you a hint - he's a Hall of Famer.

It was Warren Moon. Wait, you say, Moon never quarterbacked the Titans? That's right, he didn't. That's because the last time the Titans won at New England in 1993, they were still the Houston Oilers. Yeah, it's been that long.

If that weren't bad enough, Patriots head coach Bill Belichick and defensive coordinator Matt Patricia, the fellow that every NFL team seeking a head coach covets, have enjoyed two weeks at their disposal to game plan for this tilt. It's tough enough to beat the best at the best of times. But give them an extra week to get ready and it's virtually impossible.

Does Tennessee even stand a remote chance of winning this game? Let's review that possibility, based on odds provided by Bovada. 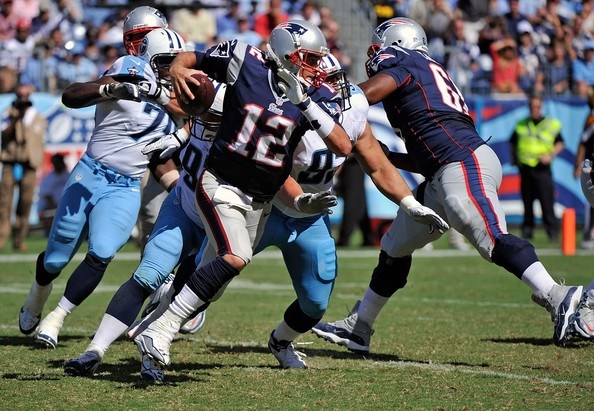 If you are the Titans, you probably don't want top spot Tom Brady and the Patriots a 21-3 lead like Tennessee did last week in Kansas City during the wild card round. Brady led the NFL in passing yardage (4577) and was third among QBs in TD passes (32) and passer rating (102.8). Titans QB Marcus Mariota threw for just 13 TDs and was picked off 15 times while posting the 27th-best passing rating (79.3).

On top of Brady's passing attack, the Patriots have also suddenly unearthed a solid running game. Rex Burkhead has six TDs in the past six games. Dion Lewis averages five yards per carry and has five TDs in the past three games, while topping 100 yards on the ground in two straight. Both Lewis and James White are equally dangerous catching the ball out of the backfield.

Granted, Mariota was brilliant in rallying the Titans last week. The Tennessee offense has been a Mariota-Derrick Henry show the past two weeks in beating two division winners in Jacksonville to secure their playoff berth and last week in stunning the Chiefs. Mariota has run for 106 yards over those two games, while Henry, left to carry the load minus the injured DeMarco Murray, rambled for 308 yards and two TDs the last two games. 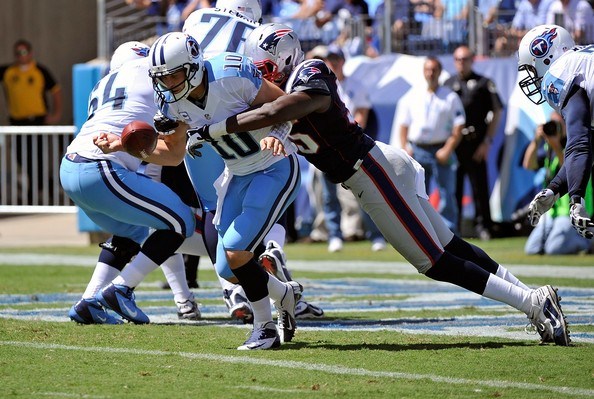 The one glimmer of hope for the Titans may be the New England defense. The Patriots were 30th overall at stopping the pass (4020 yards) and 20th at defending the run (1836). The 4.7 yards per carry they surrendered was tied for 30th in the NFL. Yet the Patriots allowed a paltry six rushing TDs all season. Only the Titans (five) were stingier.

Regardless, it's difficult to look past the overall dominance of the Patriots. They come into this game with wins in 11 of their last 12, and haven't suffered defeat at home since Week 4. They've put up no fewer than 30 points in three of their last seven games and outscored the opposition this season by an average of 10.1 points per game.

Tennessee's only hope is to play mistake-free football and to utilize Henry to pound it on the ground and maintain a ball-control, clock-managing offense. But Brady is 19-3 at home in the playoffs, so it wouldn't be wise to count on that becoming a reality. Oh, and there's this, too - Belichick is 6-0 lifetime against Titans coach Mike Mularkey, outscoring Mularkey's teams 172-78.