Jags Won't Give Bills Their Due

My Team's Next MatchJacksonville Jaguars

When the people of Buffalo think about 1999, it has nothing to do with a Prince hit. Buffalonians don't won't to party like it's 1999. In fact, they wish 1999 had never happened. In the spring, the Buffalo Sabres lost the Stanley Cup to the Dallas Stars on a Brett Hull goal that was clearly illegal. The Bills lost in the AFC Wild Card playoff round to the Tennessee Titans on a play that was clearly illegal. Want to set off a Buffalo fan? Just utter these two words: No goal. Or, perhaps try this phrase on them for size: Music City Miracle.

Buffalo exorcised one of its 1999 demons last week when the Bills claimed a playoff spot because the Baltimore Ravens decided deep coverage was optional in the last minute of their game against the Cincinnati Bengals. The Bills hadn't been to the postseason since losing to the Titans via the aforementioned Music City Miracle, a last play of the game kick return lateral. But broach the subject with a Bills fan and they will ruefully point out that Frank Wycheck's cross-field lateral to Kevin Dyson was a forward pass.

The Bills will face another AFC South squad in this year's Wild Card round, the Jacksonville Jaguars. The Jags are bit of an enigma. They lost their season finale to the Titans, allowing Tennessee to squeak into the playoffs. In fact, Jacksonville lost twice to Tennessee and also dropped games to the San Francisco 49ers, New York Jets and Arizona Cardinals. On the other hand, they went into Pittsburgh's Heinz Field, home of the Steelers, the AFC's No. 2 seed, and whipped them 30-9.

Who's got the upper hand in this game? Let's break it down, based on odds provided by Bovada. 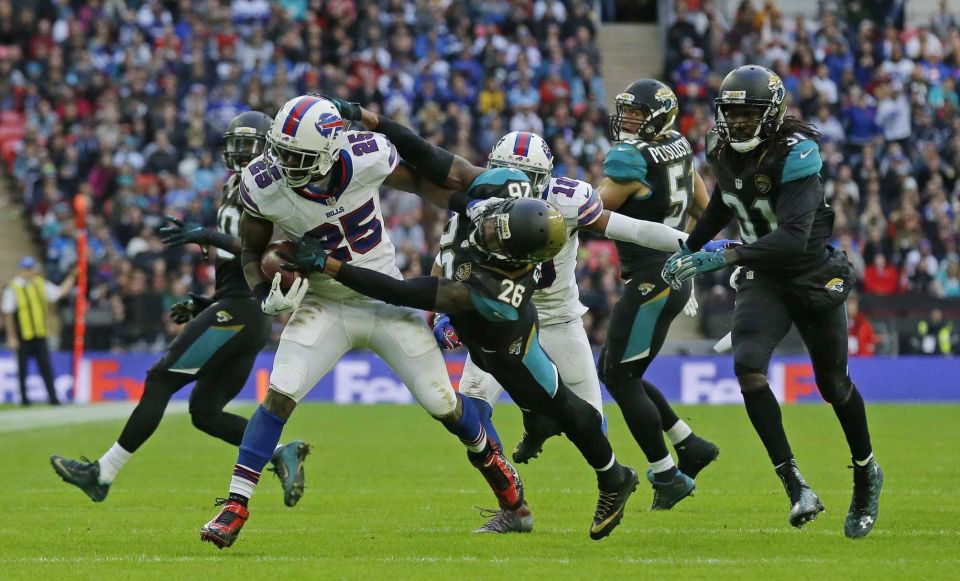 The Bills have counted heavily this season on the run game and specifically, the work of LeSean McCoy, who finished fourth in the NFL in rushing with 1138 yards. McCoy is a workhorse back. Only Pittsburgh's Le'Veon Bell (321) carried the ball more often than McCoy's 287 touches during the regular season. But here's the problem - McCoy, the linchpin of the Buffalo offense, is questionable due to an ankle injury. He'll be a game time decision.

If Bills quarterback Tyrod Taylor is forced to try and win this game through the air, then Buffalo is in a whole world of difficulty. He was 25th in the NFL in passing yardage (2799) and 18th in QB rating (89.2) among starters, throwing for just 14 touchdowns. The Jaguars, meanwhile, were the NFL's No. 1 pass defense, allowing a paltry 169.9 yards per game. Jacksonville led the NFL with 55 QB sacks and the Jags were second in the league with 21 interceptions. 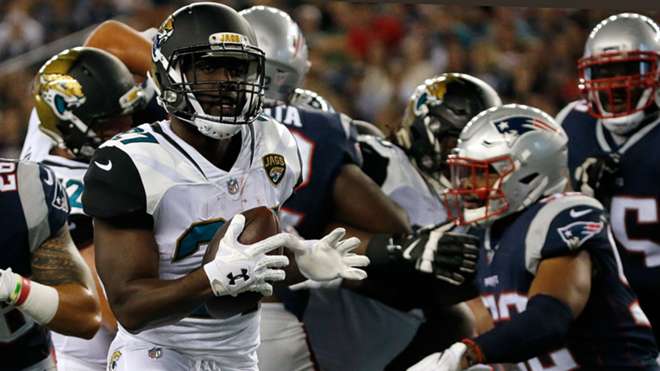 Like the Bills, it's been some time since the Jags were a playoff team. You have to go back to 2007 to find Jacksonville in the postseason. And also like the Bills, the Jags live to run the ball. Wouldn't you if Blake Bortles (21 TD, 13 INT) was your QB?

Jacksonville finished as the NFL leader in rushing yardage (141.4). Rookie Leonard Fournette went for 1040 yards and nine TDs in just 13 games, averaging 20.6 carries per game. The Bills defense was 29th in the NFL (124.6 yards per game) at stopping the run.

The Jaguars aren't going to go far in this year's playoffs, but they will go beyond this game. They will beat the Bills, and they won't require any sort of miracle to make it happen.