NFL Picks Week 17: Time To Put Up Or Shut Up

Playoff Futures On The Line 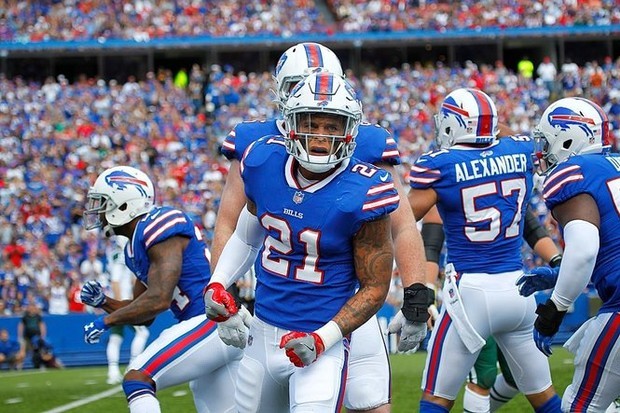 Things aren't as simple on three other fronts. The Buffalo Bills must beat the Miami Dolphins and hope the Titans and Los Angeles Chargers lose, and they will be in. The Chargers must defeat the Oakland Raiders and then see the Titans go down to defeat in order to claim a postseason berth. And in the NFC, the Seattle Seahawks need the Panthers to stop the Falcons while they are defeating the Arizona Cardinals and they will be back in the playoffs for the sixth successive season.

There are also games with bearing on home-field advantage, so there's plenty to take into account before making your Week 17 NFL wagers. Here are all the Week 17 picks straight up and against the spread. The underlined teams, with their money line odds, are the straight up picks, based on odds provided by Bovada.

Green Bay (+245) at Detroit (-290) - A year ago, these two teams also met at Ford Field with both teams playoff bound and the NFC North title on the line. This time, the game is among the few this week with absolutely no bearing on the playoff picture. But it may very well be a game that decides the future of Lions coach Jim Caldwell. The Lions are 24-23 under his tutelage the past three seasons, and blowing the playoffs by losing at Cincinnati to a terrible bunch of Bengals might be the final nail in Caldwell's coffin.

Dallas (-150) at Philadelphia (+130) - Another Week 17 rarity in it's a game without bearing on the playoff race, other than the desire of the Eagles to stay healthy. Philly has clinched home-field advantage in the NFC playoffs, while the Cowboys were eliminated via last week's home-field loss to the Seahawks. Regardless, there's nothing Eagles fans like more than stomping on the Cowboys, so you can be sure that heading into a bye week, Philly will want to put in a solid day's work.

New York Jets (+850) at New England (-1700) - A victory here and the defending Super Bowl champion Patriots assure themselves home-field advantage through the AFC playoffs. It doesn't hurt their chances that they've won six in a row from the Jets at Gillette Stadium. Since opening 1-2, the Patriots have won four straight at home. New England is also 24-2 against AFC East opponents at home since 2009, the Bills being the only visiting team to win in that span.

Washington (-155) at New York Giants (+135) - Another game that is meaningless in terms of the playoff race, but may have a lot to say about the future of Redskins head coach Jay Gruden. A win and the Redskins will sweep the season series from the Giants for the first time since 2011. Washington confirmed that Kirk Cousins will start at quarterback in what could be his farewell performance as a Redskin. The Giants currently sit with the No. 2 pick in the NFL draft, but a win here could allow the Colts to slip below them.

Chicago (+425) at Minnesota (-650) - The Vikings need this one to be assured of a first-round playoff bye, so they won't mess around at home against their NFC North rivals. Perhaps the Bears need to relocate. They are 4-0 this season against the AFC North and 1-10 against the rest of the NFL. They come into this game off an impressive 20-3 win over Cleveland, but are just 2-5 on the road and have won two in a row this season on just one occasion.

Cleveland (+375) at Pittsburgh (-550) - Browns coach Hue Jackson vowed after last season that if Cleveland went 1-15 again this season, he'd jump in Lake Erie, so does he really want them to win this game and avoid an 0-16 campaign? The Steelers could still luck into the AFC home-field advantage if the Patriots somehow lose to the Jets, but beside that, anyone who thinks the Steelers want to let the Browns off the hook from joing the 2008 Lions as the NFL's only 0-16 teams knows nothing about the Pittsburgh-Cleveland rivalry.

Houston (+175) at Indianapolis (-210) - This match-up is so frightening, it should come equipped with a PG-14 rating. But don't say there's nothing on the line here, because the loser of this game ends up in last place in the AFC South. If the Colts win, both teams end up 4-12 and Indy wins the tie breaker by sweeping the season series from the Texans. Colts QB Jacoby Brissett has been sacked 54 times this season, but is 3-0 lifetime as a starting QB against the Texans.

Buffalo (-140) at Miami (+120) - His team won't go 0-16 - heck, they could still make the playoffs - but Bills coach Sean McDermott should get an award for blunder of the year. In Week 11, he benched QB Tyrod Taylor for Nate Peterman, who went out and threw five interceptions in a 54-24 loss to the Chargers. Now, the Bills head into the last game of the season knowing they must win and and hope both the Titans and Chargers lose, because the Chargers hold the tiebreaker over Buffalo via that vicitory.

Arizona (+325) at Seattle (-450) - The last time the Seahawks missed the playoffs was also the last time they didn't post a winning season, going 7-9 in 2011. They've won at least 10 games and one playoff game every season since, but at 9-6 and needing help to make the postseason, both those streaks are in jeopardy. The Cardinals have won three of their last four games at CenturyLink Field. But all three of the wins were with Carson Palmer at QB. Drew Stanton, who took the loss, will be under center Sunday.

Kansas City (+160) at Denver (-180) - The Chiefs have looked more like the early-season Chiefs in winning their last three games, and the reward for that turnaround is that they've clinched the AFC West title. But they are also locked into the No. 4 seed, and will start rookie QB Patrick Mahomes. The Broncos suit up the AFC's best defense (280.4 yards per game), and just might be in line for the upset here. On the other hand, the Chiefs have won two in a row at Denver.

San Francisco (-155) at Los Angeles Rams (+135) - In the past two weeks, it's conceivable that 49ers QB Jimmy Garoppolo has beaten two playoff teams by taking down the Titans and Jaguars. For certain, we know he's beaten one division winner (Jacksonville, AFC South) and could drop another with a win over the NFC West champion Rams. But the Rams need this game to be assured of the No. 3 seed and therefore a wildcard round match-up with the No. 6 seed, so they won't sleep on Jimmy.

Cincinnati (+350) at Baltimore (-500) - The Bengals beat the Lions last week to end Detroit's playoff hopes and could do the same to the Ravens by sending head coach Marvin Lewis off into the sunset with a farewell triumph. The Bengals have won two of their last three at Baltimore. But the Ravens have won two straight and four in a row at home. They opened the season with a 20-0 shutout at Cincinnati and the Bengals will be missing several starters through injury.

New Orleans (-320) at Tampa Bay (+260) - The Saints did the heavy lifting last week, winning at home against the Falcons, and now all they must do to wrap up the NFC South is be victorious on the road against the lowly Buccaneers. But Tampa Bay is not to be taken lightly. The Bucs kept the Falcons and Panthers to within three points each over the past two weeks in must-win situations for those teams. Bucs QB Jameis Winston makes big plays, but he also makes boneheaded plays, and just enough of them so the other team wins.

Carolina (+170) at Atlanta (-200) - The Panthers put themselves in the playoffs with a win last week, and now Cam Newton & Co. can put the Falcons out by beating them. But Matt Ryan and the Falcons don't tend to drop these playoff type games - unless it's in the Super Bowl against the Patriots - and they certainly don't do it at home, where they've won big games in recent weeks against the Cowboys and Saints. Carolina could still win the division with a victory and some help from the Bucs, but the Falcons are playing for their playoff lives.

Oakland (+300) at Los Angeles Chargers (-400) - At the start of the season, you could make a case that both of these teams might be playoff bound. In reality, it's a longshot that either will make it. The Raiders are done, and the Chargers need a win here and a loss by the Titans to garner a postseason berth. The Chargers are 8-3 in their last 11 games, all three losses coming at the hands of division winners - the Patriots, Jaguars and Chiefs.

Jacksonville (+165) at Tennessee (-190) - The Titans are literally trying to back their way into the playoffs. They've lost three in a row and four of six, their only wins coming against the incapable (Colts) and the infirm (Texans). The Jaguars are also a confounding lot. Both of these teams have lost to the 49ers in the past two weeks, and the Jags also count setbacks against the Cardinals and Jets. They've clinched the AFC South, but Jags coach Doug Marrone says they are playing all their starters against the Titans.