NFL Picks Week 14: Time For Contenders To Step Up

Eagles, Rams Have Something To Prove

Handled decisively last week by the Seattle Seahawks, for perhaps the first time all season, there are concerns regarding the 10-2 Philadelphia Eagles. The Carolina Panthers are the only team on Philadelphia's slate so far this season with a winning record that the Eagles have beaten, so it's easy to comprehend why folks beyond Philly still aren't ready to accept the Eagles as prime time contenders for Super Bowl glory this season.

The Eagles go west again this week to face the 8-3 Los Angeles Rams. Like the Eagles, the Rams are new to this contending stuff, and up until two weeks ago, when they posted a statement victory by putting an end to the eight-game winning streak of the New Orleans Saints, the Rams also hadn't posted a victory against a team with a winning record this season. This week could go a long way toward determining which of the Eagles or Rams we should take seriously moving forward. 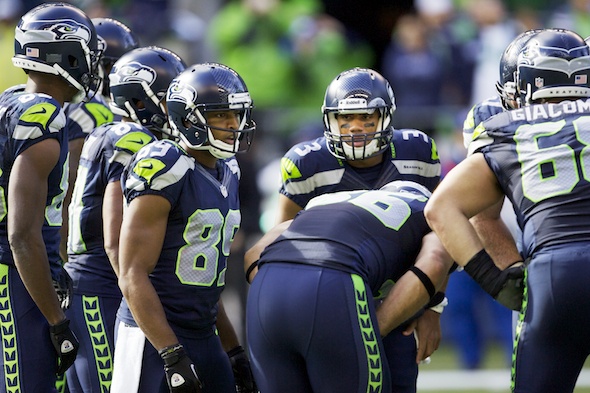 Hot on the Rams' heels in the NFC West at 8-4, the Seahawks face another tough test this week on the road against a Jacksonville Jaguars squad fighting for the AFC South crown. Here are all the Week 14 picks straight up and against the spread. The underlined teams, with their money line odds, are the straight up picks, based on odds provided by Bovada.

New Orleans (-125) at Atlanta (+105) - The tests just keep coming for the NFC South-leading Saints. They rebounded from the end of their eight-game winning streak to topple the Carolina Panthers last week and take control of the division, and now they could virtually end the playoff hopes of the defending NFC champion Falcons. If this is truly the last stand for Matt Ryan and Julio Jones, they will stand tall, taking advantage of the wonky ankle of Saints cornerback Marshon Lattimore to outscore New Orleans.

Green Bay (-175) at Cleveland (+155) - Hey, good news Browns fans - it looks as though Aaron Rodgers (broken collarbone) will be another week before he'll be back at quarterback for the Packers. But if you think the 0-12 Browns can take advantage of the Packers, think again. The Pack is 6-6 and back on the outskirts of the playoff race, enriched by the knowledge that their all-world QB's return is on the horizon. If the Browns are going to win a game this season, it won't be this week.

Seattle (+125) at Jacksonville (-145) - The Jaguars suit up the NFL's best defense, allowing a league-low 282.5 yards per game and 14.8 points per game. The Seahawks are ninth in overall defense (321.2 yards per game) and seventh in scoring defense (18.5 points per game). But the Jags have Blake Bortles at quarterback, while the Seahawks send out two-time Super Bowl QB Russell Wilson under center. Which one would you wager has a better chance of solving a tough defensive scheme?

San Francisco (+130) at Houston (-150) - Grabbing their second win of the season last week over the Bears, it was the dawning of the Jimmy Garoppolo era in San Fran. He was solid engineering a ball-control offense, but they won via five field goals, not exactly an offensive outburst. The 49ers have won two of three, while the Texans have lost five of six. The 49ers won on a late field goal last week, but this week, they fall by the same margin.

Chicago (+220) at Cincinnati (-260) - For the most part, the Bears play everyone tough but come up just short of the victory almost every week. The Bengals just had their hearts broken and their thin playoff hopes pulverized by the Steelers Monday night, and they aren't known as a character club. They're also a banged up bunch coming into this one off a short week. The Bengals probably still have enough to win, but the Bears, as is their wont, will keep it close.

Minnesota (-145) at Carolina (+125) - You can slot the NFC North-leading Vikings into that surprise group with the Eagles, Rams and Jagaurs, except for one key difference - Minnesota just keeps on winning games, and doing so with their No. 3 QB Case Keenum at the helm. On the surface, this looks like a game they could lose, if only the Panthers didn't live by the run, the exact part of the game the Vikings defense exterminates every week.

Detroit at Tampa Bay (no line) - Last season, the Lions opened 1-3 and then roared to a wildcard spot in the postseason. This season, Detroit opened 3-1 and then sunk like a rock. They tried to implode the Silverdome, the Lions' old home, last Sunday. It failed. At the same time, the Lions were imploding in Baltimore, dropping to 6-6. Even if they run the table at this point, they lose too many tiebreakers to make the playoffs. But they can't lose this game, can they?

Oakland (+170) at Kansas City (-200) - The Raiders, who were a sexy pick to challenge for the AFC title at the start of the season, have backed their way into a playoff race. The Raiders, Chiefs and Los Angeles Chargers are all 6-6 in the AFC West, so let's see which team limps across the finish line first. Maybe the arrival of the hated Raiders is exactly what is needed to awaken the Chiefs, 1-6 in their last seven. And Raiders QB Derek Carr is 0-3 lifetime at Arrowhead Stadium.

Indianapolis at Buffalo (no line) - Not so long ago, Buffalo could have been included among the NFL's surprise teams but surprise, midnight struck very early for the Cinderella Bills. They got whipped 23-3 last week by the Patriots and QB Tyrod Taylor is questionable due to a knee injury, which means (gulp), they'd have to turn to Nathan (five interceptions) Peterman again. But the Colts give up points faster than Marriott, allowing 27.5 per game, worst in the NFL.

New York Jets (-120) at Denver (even) - Bovada actually offered a prop bet at the start of the season on the Jets going 0-16. Insteaad, they sit 5-7, on the cusp of playoff contention. Meanwhile, the Broncos are a dismal 3-9, have lost eight in a row and would be an AFC laughingstock if it weren't for the fact that the Browns also play in this conference. Denver has scored 20 points just once in the last 10 games, while surrendering at least 20 in nine of the last 10.

Washington (+210) at Los Angeles Chargers (-250) - If we just go by recent opponents, this game is easy to call. Two weeks ago, the Chargers whipped Dallas 28-6. Last week, the Cowboys hammered the Redskins 38-14. The Chargers got a scare from Cleveland last week, so they won't overlook Washington. The Redskins are beat up in the backfield and the Chargers are the sixth-best team in the NFL at defending the pass. The math just doesn't add up for Washington.

Tennessee (-150) at Arizona (+130) - The Cardinals are an unpredictable bunch. They played the Seahawks tough, upset the Jaguars, but got schooled twice by the Rams. The Titans, though, aren't exactly titans on the road, where two of their three wins have come at the expense of the Browns and the Colts. Tennessee is bad at stopping the pass (25th in the NFL), while the Cardinals handle the run fairly well (ninth overall). That could be the difference maker right there.

Dallas (-210) at New York Giants (+175) - In the past week, the Giants benched their two-time Super Bowl-winning QB (Eli Manning), fired their coach (Ben McAdoo) and their GM (Jerry Reese). In the past week, the Cowboys won a game, and you could debate which was the bigger news. It's always scary to bet against a team in their first game under a new coach and Dallas has lost two in a row at MetLife Stadium. Play the hunch and go with Eli and the Giants.

Philadelphia (+105) at Los Angeles Rams (-125) - If the playoffs started today, every team that's beaten the Eagles this season would be in. This game could be to determine who gets a first-round bye in the playoffs, and it also might be a preview of a postseason match-up. Rams coach Sean McVay served last season as defensive coordinator of a Washington team that went 2-0 against Carson Wentz and the Eagles, so he knows how to scheme to beat Philly.

Baltimore (+210) at Pittsburgh (-250) - The Steelers rallied for a Monday Night win at Cincinnati, but the underlying tone to the game was that it was another contest where Pittsburgh needed a late score to beat a losing team by a field goal. Getting up for the hated Ravens shouldn't be an issue for the Steelers, but after a physically punishing game like that and playing on a short week against a team that needs to win to maintain its playoff position, it could be a rough go for the Steelers.

New England (-650) at Miami (+425) - The Dolphins finally found a team in Denver that was in worse shape than them and ended their four-game winless skid, but the joy will be short-lived. Miami has surrendered at least 30 points in four of the last six games, including 35 two weeks ago against the Patriots, who have scored 132 points in their last four games. Oddsmakers keep throwing double-digits pointspreads at New England, and the Patriots just keep covering.