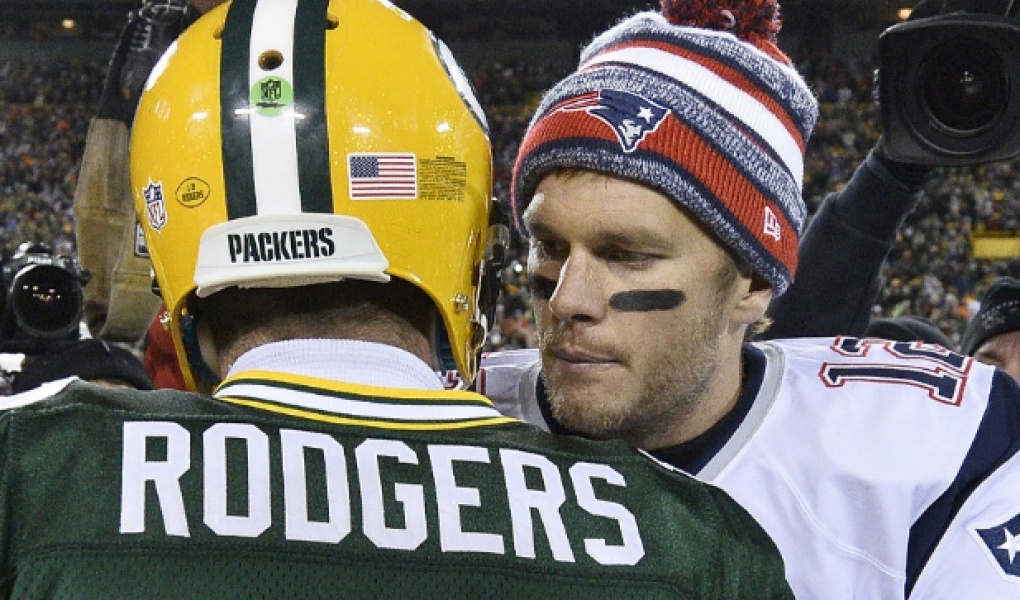 Who Will be This Year's NFL MVP?

This season, the top 17 selections on the board are quarterbacks (odds provided by Betonline). And why not? QBs have won the award in 19 of the last 25 seasons.

Two-time winner Aaron Rodgers (+500) is the favorite. He is the clear-cut choice in a league of superstar athletes, including defending champion Tom Brady (+800). TB12, at the age of 40, won the award for the third time last season as the New England Patriots fell short of their sixth Super Bowl title.

The Associated Press has presented an MVP award 61 times in total since 1957. The award is voted upon by a panel of 50 sportswriters at the end of the regular season, before the playoffs, though the results are not announced until the day before the Super Bowl.

Defensive tackle Alan Page (1971), placekicker Mark Moseley (1982) and linebacker Lawrence Taylor (1986) are the only players to win the award other than quarterbacks or running backs, so keep that in mind when making your futures bet.

Here are the Top 5 picks for the next NFL MVP (odds provided by Betonline).

Goff’s numbers improved dramatically last season. New head coach Sean McVay and one of the best running backs in the league in Todd Gurley had a lot to do with that.

The former No. 1 overall pick out of Cal in 2016 saw his QB rating go up by more than 50 per cent last season to 100.5. In his rookie season, Goff threw more interceptions than touchdowns. In his second year behind center, the QB had 28 TDs against seven interceptions.

The Los Angeles Rams, currently the second pick (+900) to win Super Bowl LIII, won their division title for the first time in 14 seasons last year before losing in the first round of the playoffs. Goff and company are hoping for a lot more this year.

Brees has had a Hall of Fame career and yet he has never been named MVP. The 39-year-old QB enters his 18th season in the league and he’d like nothing more than a second Super Bowl ring.

The New Orleans Saints won their division title last season for the first time in eight years as management finally surrounded Brees with some outstanding talent.

No. 9 has consistently ranked among the top QBs in the game in passing yards and touchdowns. He has thrown for 40 or more TDs twice in his career and 30+ touchdowns nine times.

The Saints are not a pass-dependent team anymore. They put up a lot of points, but their scoring can come from many players. This may hurt Brees’ shot at MVP.

Brady’s resume now boasts one Comeback Player of the Year, three regular-season MVPs, four Super Bowl MVPs and five Lombardi Trophies. NFL MVP for 2018? He may be the most valuable player of all-time.

The New England Patriots have won nine straight division titles and 14 out of the last 15. Belichik and Brady have been together for all of them.

“There’s no quarterback I’d rather have on my team than Tom Brady,” head coach Bill Belichick said after his QB became the oldest player ever to take home MVP honors in any of the four major sports. “I’m glad I have him.”

Even at 41, he looks to be in the prime of his Hall of Fame career, but who is he going to throw to this season?

The Cheeseheads have been lucky to have two Hall of Fame quarterbacks to cheer for over the last 25 years. First, it was Brett Favre. Now, it’s Aaron Rodgers.

The Green Bay Packers have won five division titles and one Super Bowl with Rodgers at the helm. As long as No. 12 is healthy, this high-flying offense is among the best in the league.

Rodgers, a first-round pick in the 2005 draft, recently signed a huge contract extension worth $134 million. What team wouldn’t want this guy calling the shots behind center?

The Houston Texans have won their division twice in the last three seasons, but they’ve never had a quarterback to take them past the first round of the playoffs. Now, they have their man in Watson, the 12th overall pick in the 2017 draft.

The 22-year-old started slowly in his rookie season, throwing for three touchdowns in three games. He next four games were electric with Watson throwing for 16 scores. A torn ACL in practice ended his season, but not before the Texans put up 33 or more points in his last five games.

He finished his rookie season with a 103 QB rating — a higher mark than Rodgers, Brady and Goff. The Texans are aiming high this season. And why shouldn’t they as Watson looks to pick up right where he left off last year.

Sure, Rodgers and Brady are the frontrunners in this race, but Watson is still the great unknown. A lot of the pieces are in place for the Texans to make a huge run this season. If they do, this multi-talented player will be the architect of it all.