Tom Brady’s 2016 season started with a four-game suspension for his alleged part in the Deflategate scandal. It ended with a comeback in Super Bowl LI that was so incredible, it may have enshrined Brady as the greatest quarterback of all time. The New England Patriots trailed the Atlanta Falcons in February’s Super Bowl 28-3 in the third quarter. Brady rallied the Pats to tie the game in regulation and win it in overtime 34-28. It was Brady’s fifth championship ring — tying him for the most ever by a single player and giving him the mark for most titles by a quarterback.

Brady, who just turned 40, doesn’t lead every quarterback stat. Brett Favre and Peyton Manning still reign in a few categories. However, Brady ranks in the top four all time in completions (5,244), passing yards (61,582), passing touchdowns (456), passer rating (97.2), fourth-quarter comebacks (38) and game-winning drives (49). He can also become the leader in regular-season wins by a quarterback in 2017. He sits just three victories behind Favre and Manning for most all time. Favre lost 112 games and Manning lost 79. Brady is 183-52 in his regular-season career (.779).

So, who can stop Tom Brady?

Oddsmakers don’t think anyone can, as Brady and the Patriots (+300) are the huge favorites to repeat as Super Bowl champions. Less than a month ago, that number was +375. Bettors obviously agree that TB12 will win that record-breaking ring (odds provided by topbet.eu).

A broken leg to quarterback Derek Carr in Week 16 last season cost the Raiders their season and any hope of knocking off the Patriots.

Not only is their star QB healthy this season, but the Raiders (+650) have gone Beast Mode as well, bringing Marshawn Lynch out of retirement. The 31-year-old running back had some big years in Seattle, including his first Super Bowl win. This offense is going to be special.

On the other side of the ball, the Raiders have the best defensive player in the game in Khalil Mack. Oakland, 12-4 last season, is the team to beat in the AFC West, and maybe the entire conference.

If the Raiders fail to stop Brady, maybe the Atlanta Falcons (+1400) will in a repeat of last year’s championship game. Just like Oakland, the NFC South champs have a trifecta of talent at the key positions on offense in QB Matt Ryan, running back Devonta Freeman and wide receiver Julio Jones.

The Falcons’ explosive offense outscored the next closest team in the regular season by 71 points, averaging almost 34 points a game. They had 99 more points than the Patriots. Atlanta had Brady and New England on the ropes in the Super Bowl. They just need to find that knockout punch. 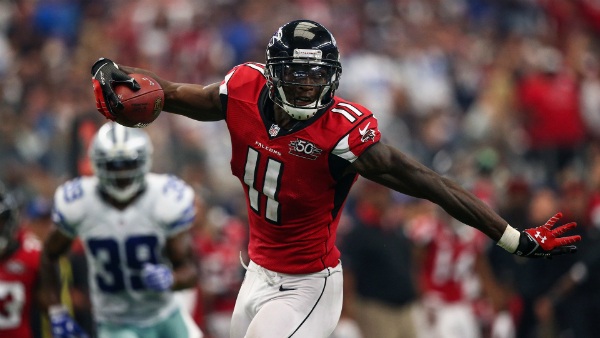 Another team from the NFC that might have been able to stop Brady is the Dallas Cowboys. But news of a six-game suspension to rookie sensation Ezekiel Elliott for violating the NFL’s personal conduct policy is a major blow to the Cowboys’ playoff chances, even before the season starts.

The most likely candidate to stop Tom Brady will be his age. Father Time is undefeated. For now, Brady’s target is to play until he’s 45.

“I think 45 is a pretty good number for right now,” Brady told ESPN.com in May. “I know the effort it takes to be 40. … My love for the sport will never go away. I don’t think at 45 it will go away. At some point, everybody moves on.”

Brett Favre was 41 in his last season in 2010. He had 11 TDs and 13 interceptions as the Minnesota Vikings went 6-10 that season. Peyton Manning was 39 in his final season with the Denver Broncos. He retired after winning the Super Bowl that year.

Eventually, Brady’s skills will erode. Quarterbacks just don’t play well into their 40s. However, his remarkable stats show that his tank is far from empty. 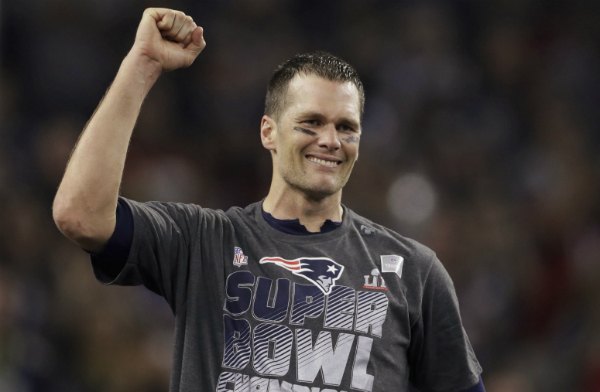