Here’s a breakdown of the first-round series between the Canadiens and Rangers, with odds courtesy of Bovada.

Emotions will be running high when the Montreal Canadiens host the New York Rangers for Game 1 of the Eastern Conference quarter-final on Wednesday night.

These two Original Six rivals have a rich playoff history, which most recently dates back to the 2014 campaign — the last time these two clubs met in the in the post-season. Chris Kreider’s questionable collision in Game 1 of that Eastern Conference final that season knocked superstar goalie Carey Price out  of the series and essentially dashed any hopes the Habs had of winning its first Stanley Cup since 1993.

Fast-forward three years later and these two Eastern Conference rivals are set to clash again, this time with the Canadiens looking for a little retribution. 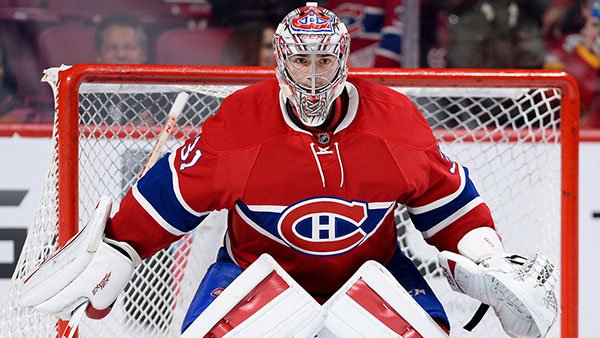 Montreal comfortably finished first in the Atlantic Division and enters this series as the favorites to come out on top. The Habs, who capped off a remarkable regular season with a 47-26-9 record, will need to once again rely on Price in order to come out on top. That shouldn’t be an issue for the 2015 Hart Trophy winner, who finished fifth overall in wins (37) and sixth in goals-against average (2.23).

Montreal’s Achilles heel this season has producing offense as the club averaged a mediocre 2.41 goals per game ratio. In comparison, the Rangers finished fourth in that department with ratio of 3.09 goals per game. The Habs must match New York’s production offensively to stand any chance of winning this series.

Scoring a goal or two, sitting back and letting Price take the game over may work for a game or two. However the Rangers boast a deep lineup that features four players with 20 or more goals and 50 or more points.

This series also has the potential to be a low-scoring affair with Price at one end of the ice and Vezina Trophy winner Henrik Lundqvist at the other. Most nights, Lundqvist is the reason why the Rangers remain in games and are able to come out with two points.

The three-time all-star record 31 victories in 2016-17, marking the 12th consecutive year Lundqvist earned 30 or more wins in a single season.

Special teams are often the difference early in the playoffs and for the Rangers it’ll be even more crucial. New York has a penalty-kill rating of 79.8 percent. The Habs on the other hand have a strong power play core, which converted 19.6 percent of the time on the man advantage.

Expect this series to go the distance, with a potential Game 7 thriller a possibility. We know both these teams thrive on home ice so it will come down to who is more efficient on the road. The Rangers were the better team away from Madison Square Garden this season, posting an incredible 27-12-2 record.

The Belle Centre in Montreal is known for being the loudest this time of year so the Rangers will have to overcome that atmosphere very quickly to take the crowd of the game. If they can do that early in the series, they may stand a chance. Otherwise, this is Montreal’s series to lose.