NCAA Tournament: Spread Bettors Are Wild About The Wildcats

Villanova Is No. 1 in so Many Ways

If you like to play the spread, then you love to put your money on the Villanova Wildcats. There are so many reasons to back the top-seeded Wildcats not only to earn the East Regional title in the NCAA Tournament, but to in fact be the last team standing at the conclusion of March Madness. Villanova leads the NCAA in scoring offense (86.9 points per game) and is third overall in scoring margin (16.6 PPG). The Wildcats also go wild against the spread, an impressive 23-12-1.

In the Midwest Regional, it's a bit more challenging to dissect which team is the best based solely on spread wagering. The Duke Blue Devils are 22-11 against the spread and let's face it, are never a bad bet come NCAA Tournament time. But don't discount the Kansas Jayhawks (19-15-1) or the Clemson Tigers (19-12).

Looking for the best bets against the spread in Friday's NCAA Tournament action? You've come to the right place. Let's break all four games down, based on the odds being provided by Bovada.

The memory still stings in the Boilermaker State. In the opening round of the 2016 tournament, Purdue blew a 13-point lead in the final 3:35 of regulation and lost 85-83 in double overtime to Arkansas Little Rock. And the coach of that team was current Texas Tech coach Chris Beard. Purdue has other worries. Starting 7-2 center Isaac Haas is out with a fractured right elbow. Purdue barely survived against Butler in the second round. Both teams are losers against the spread. Purdue is 17-16-2, and Texas Tech 14-16-1.

The Wildcats are third in the nation in three-point field goals per game (11.6), third in assists to turnover ratio (1.61) and 14th in assists per game (16.8). Away from home, Villanova is 8-6-1 against the spread, while West Virginia is 6-6 and 17-15 ATS overall. Villanova has won its first two tournament games by an average of 24.5 points, while West Virginia has won twice by an average of 20 points. The Mountaineers are  4-1 ATS in their last five games. 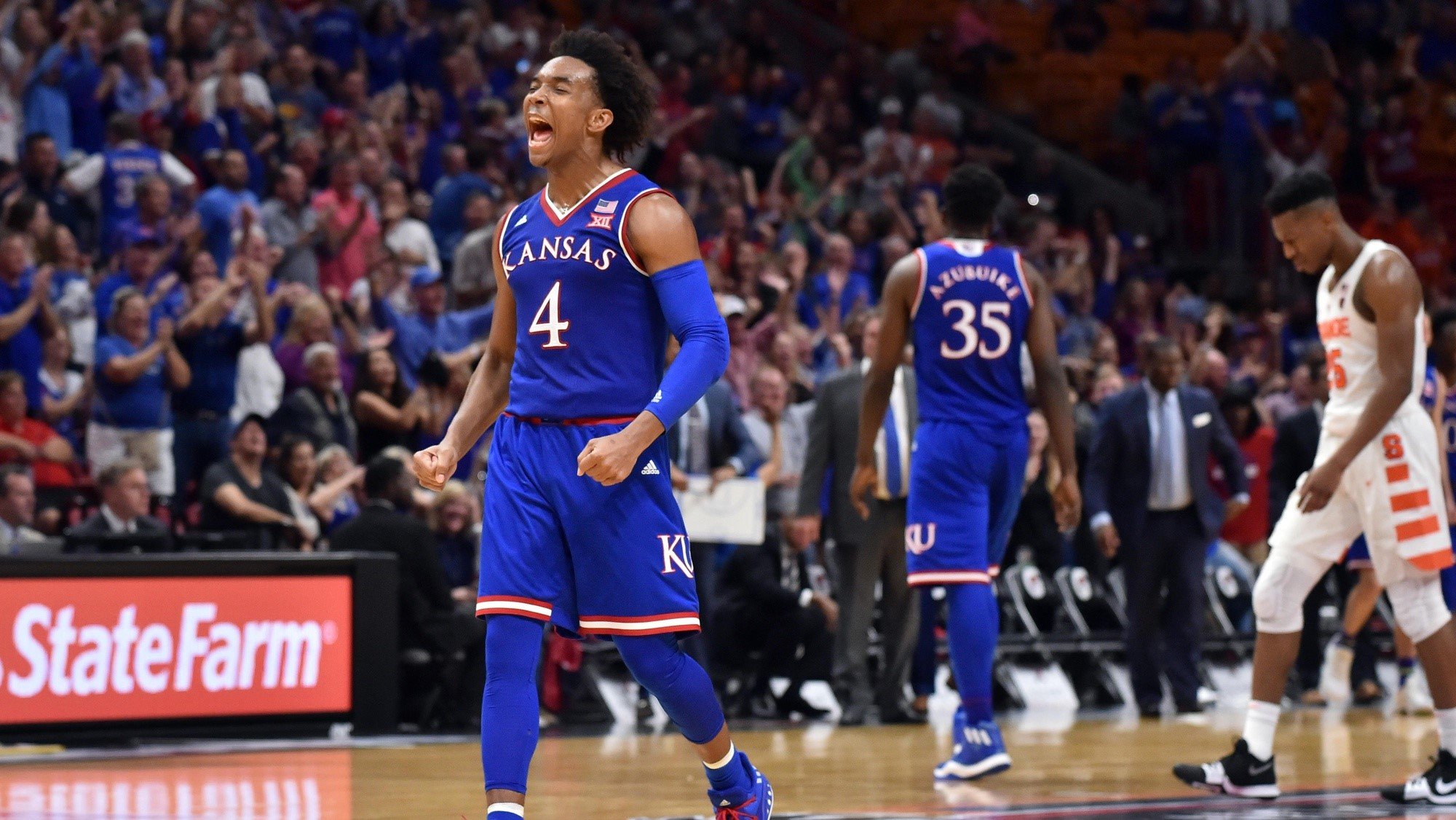 The only school left with a chance to play in both the Final Four and the NCAA football playoff, the Tigers have won 11 tournament games in school history and reached the Elite Eight once, in 1980. Clemson is a solid 19-12 against the spread, and will rely on defense to win the day. The Tigers are 17th-best at defending the field goal (40.4 percent). The Jayhawks are the antithesis of Clemson when it comes to March Madness, playing in their 29th consecutive tournament. And they are 19-15-1 against the spread.

Anticipate a low-scoring affair. Both the Orangemen (39.1 percent, fifth) and the Blue Devils (40.2 percent, 12th) are among the best in the nation at defending the field goal. Duke beat Syracuse by 16 during the regular season, around the Blue Devils' average margin of victory (15.6, fourth). Duke is shooting 55 percent from the field in the tournament and 45.1 percent from three-point range. Syracuse is allowing 34.3 percent and 28.9 percent respectively in those categories. Syracuse is 17-17 against the spread.