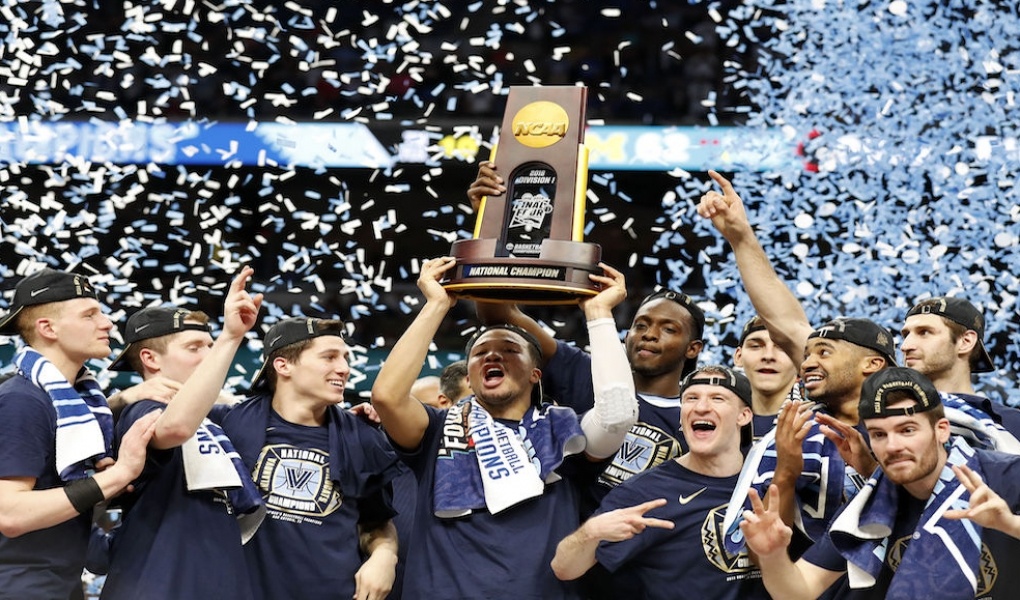 If you find yourself focusing on and funneling money into the top-ranked college basketball programs, you’re not alone. You’re also not completely wrong. All schools crack the top 25 in regular-season polls for a reason. But looking beyond that pecking order is important. Stick with us, and you’ll learn why. We’ll also cover:

All NCAA National Championship odds we reference in this page will come from Bovada and are accurate leading into the 2018-19 regular season.

The Traps Of Betting On Ranked Teams

Whenever you’re betting on college basketball games or futures, be sure to keep this potential pitfalls in mind. You’re wallet will be much better for it.

One of the biggest things bettors don’t realize is the AP and Coaches top-25 polls are largely subjective. They try to weigh things like strength of schedule, point differential, health and all those factors, but voters have the ability to bake in their own perception.

By and large, this is fine—so long as bettors know it. But just because Duke (+450) and Kentucky (+700) are topping those ladders doesn’t mean you should heavily invest in them at every turn.

If you want to use subjective rankings as a basis for your moneyline picks, that’s fine. It’s a flawed approach, but it’s fine.

Betting on spreads and over/under lines is a different story. A team’s ranking cannot tell you how much they’ll beat an opponent by or how much two participating squads will combine to score. Nor should you simply gravitate to a heavy favorite just because they’re more recognizable.

Let’s say a third-place Kansas (+750) is a 15-point favorite over 30th-place Clemson (+8000). Kansas finishing so much higher in the top-25 polls may have a bearing on whether they win; they probably will. It does not, however, help predict whether they’ll beat Clemson by more than 15 points. The same holds true for betting on win-total futures.

Impact Of Rankings On March Madness and Futures

Sports gamblers get burned by college basketball rankings more than ever during the March Madness tournaments. They throw money at the highest-ranked teams, only to inevitably come up unsuccessful.

This approach might admittedly get you through the first two rounds, but only if you’re betting on 1-seed vs. 16-seed matchups, 2-seed vs. 15-seed matchups, etc. And nothing’s truly guaranteed there anyway.

March Madness is built for upsets. Losing one game forces a team to go home. And anything’s possible when you’re dealing with single-elimination constructs. Sure, UNC (+1200) might be a much better team than LSU (+8500), but for one night, it’s entirely possible the Tar Heels play down to the level of the underdog.

Similar risks apply when betting on college basketball outrights. Subjective rankings might be a good benchmark for you to start with. It helps you get a general idea of which teams belong in the National Title discussion. But betting on a team like Gonzaga (+800) or Nevada (+800) just because they’re laying top-five odds to go along with top-five finishes in AP rankings isn’t a foolproof approach. It’s a shortcut, and ineffective one at that given all we’ve just discussed about the March Madness championship structure.

How To Properly Bet On College Basketball

Keep this tips handy whenever you get the urge to base your decisions largely off of college basketball rankings.

No Substitute For Research

Everyone’s looking for a magic pill—a way to do less work and get instant results. That type of shortcut doesn’t exist in college basketball betting, or any type of sportsbetting for that matter.

There is no substitute for watching games and researching teams. If you don’t have that kind of team, then at least make an effort to look at some catch-all metrics.

Sports-Reference.com, for example, has a Simple Rating System (SRS) that ranks teams according to point differential and strength of schedule. This is a more effective means of sussing out the best teams than simply looking at weekly rankings.

If you still want to use top-25 rankings as the foundation for your bets, then we recommend sticking with moneyline wagers.

Remember: At their best, rankings give you a look at the larger picture. They don’t help you determine specifics, such as point totals and margins of victory.

Moneylines jibe with the simplicity of these rankings. You’re merely trying to spot the winner. So if you see that a sixth-ranked Villanova (+1200) is playing an unranked Wichita State (+6000), you can feel marginally comfortable taking the Wildcats’ moneyline.