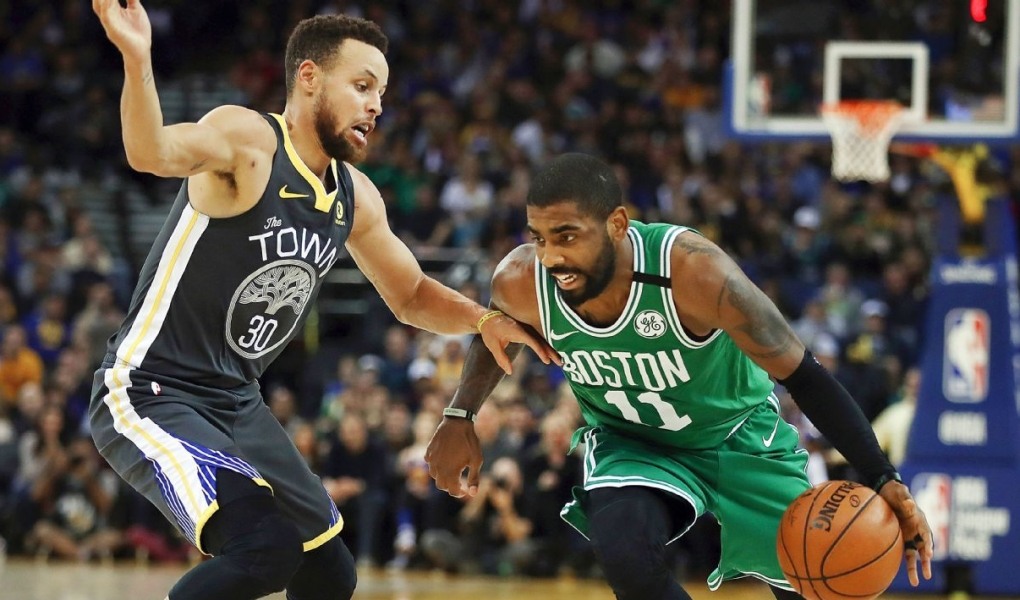 You can pretty much write off anyone on the Warriors, including Kevin Durant (+900) and Steph Curry (+1600). While it feels like a foregone conclusion that Golden State will three-peat as NBA champions in 2019, the team's sheer dominance will hurt its individual hardware hopes. Neither Durant and Curry will get a fair shake from the media — who vote for MVP — because the team is stacked from top-to-bottom.

Instead, the media likes "new" stories, hence why four of the past five MVP recipients were first-time winners. Using this logic, James Harden's (+500) hopes at collecting back-to-back MVP trophies are pretty slim, too. While Steph Curry was the exception to this rule in 2016, he also posted an all-time historic season then. Can Harden somehow top his stat line — 30.4 points on 45 percent shooting and 8.8 assists — from a year ago? Plausible, but doubtful.

Now that we got those sucker bets out of the way, here's who actually deserves your hard-earned money:

If LeBron was still in Cleveland, we'd take him out of the MVP running like Curry, Durant, and Harden. Not unlike the Warriors, the media has grown tired of James' superiority. Every voter knows James is the best basketball player on the planet and there's no real "fun" in giving him this hardware each season, no matter how much he deserves it. How else do you explain James getting a measly 15 first-place votes last season after averaging 27.5 points, 9.1 assists, and 8.6 rebounds while playing in all 82 games for the first time in his career?

But with LeBron now wearing the prestigious Purple and Gold in Los Angeles, he has a legit MVP chance — the best actually, according to almost every sportsbook. Him attempting to revive a Lakers' franchise that's been in the gutter for five straight years is exactly the new story MVP voters crave.

If James can duplicate his gaudy stat line from a year ago, we have a hard time believing anyone would win the MVP over him. However, that's no guarantee. James eye-popping numbers from the 2017-18 campaign were very much out of necessity on a mismatched Cavaliers roster. The question then becomes, what do you think of Los Angeles' supporting cast?

Are you in the camp that believes the Lakers completely butchered this roster? In Miami and most recently Cleveland, LeBron was surrounded with shooters. This roster setup allowed LeBron to free-wheel, whether on the perimeter or inside. Los Angeles presently has no players that fit that sharpshooter mold (Josh Hart shot a team-best 39 percent from three last season).

Or are you in the camp that believes the Lakers built a tough-nosed team that will give offensive juggernauts like Golden State fits? That's what Magic Johnson and Rob Pelinka are trying to sell, along with the idea of LeBron playing in the post more.

Honestly, either scenario could benefit James' MVP chances. If it's the former, James will once again carry a band of misfits into the playoffs, only this time in the tougher Western Conference. And if it's the latter, then James will completely reinvent his game at the ripe age of 33 years old.

We're going to trust the Lakers' brass and say LeBron will stay off the perimeter more this season. However, that means the ball will be out of his hands more than we've ever seen in his career. That's not an ideal situation to win the MVP award in our opinion.

However, this is LeBron we're talking about, so it's worth laying down a few bucks his way anyway. Nonetheless, the next two players we have listed are bigger threats for this futures bet.

Is this the year Antetokounmpo finally becomes the league's best player? It feels like we've been asking that question for two years now, but 2019 might finally resolve it.

Look, we don't need to convince you about the "Greak Freak's" talent. There's nothing he can't do on the floor, and at merely 23 years old, his game is still improving. However, Antetokounmpo's MVP chances will live and die off his teammates.

The MVP award is generally given to the best player on the best team — this year, it'll probably be the second-best team due to aforementioned reasons. Is this Bucks roster really good enough to truly contend?

Head coach Mike Budenholzer must believe so since he ditched Atlanta for this job (then again, the Hawks were a dumpster fire). Regardless, the former Head Coach of the Year is a sure-fire upgrade over Jason Kidd, who underachieved badly with this roster.

With LeBron a goner, the Eastern Conference is up for grabs. The Bucks are certainly in the mix, but the consensus is Boston, Philadelphia, and Toronto are bigger threats. If Milwaukee inserts themselves into this conversation, you can guarantee it'll be because Antetokounmpo's ascend.

Expect the Greek Freek to flourish under Budenholzer's spread-the-ball scheme. Knowing how good he already is, that's a scary thought. That's enough reason to bet on Antetokounmpo here.

We've already touched on MVP voters leaning toward fresh storylines and the top player on contending teams, well, Irving fits both categories to a tee.

With a healthy Gordon Hayward and arguably the best coach in the game, Brad Stevens, the Celtics are not only Eastern Conference favorites, but a possible foil to Golden State in the NBA Finals. There's no reason to believe Boston can't win at least 60 games this season, and that's probably being modest.

Irving will undoubtedly be the face of the team. He's the spark plug on offense, which they badly needed in the 2018 postseason (a knee injury sidelined Irving the whole postseason). And honestly, Boston is trying to sell him on staying with the franchise long-term.

Irving is a free agent in 2019 and has been quiet about his plans. You have to think that's in the back of the entire organization's mind. However, what if Irving ends up with an MVP and Larry O'Brien trophy? No way he'd be able to walk away from that. Knowing the possible consequences if that doesn't transpite, teammates and Stevens will do everything they can to keep Irving happy this season.

This sets up nicely for Irving's MVP chances. If for whatever reason you can only make one futures bet, then let it be on Irving. All signs point towards a monster season for not only him, but Boston too.