NBA Playoffs: Who Will Win The West 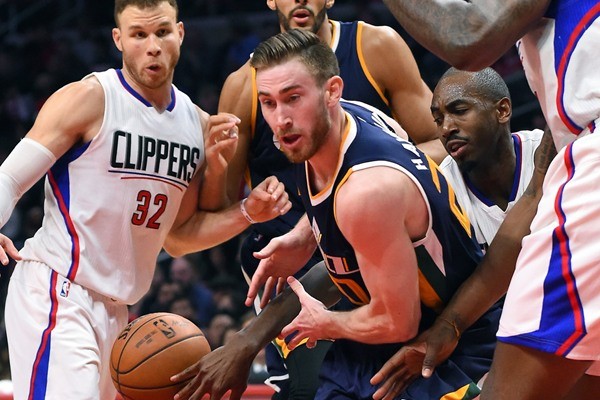 What? Expected to see the Los Angeles Clippers? That's understandable. It's also wrong. Even if the Clippers make it past the Utah Jazz, which is a legitimate if not the most likely possibility, they're no match for the Western Conference's elite.

The Jazz play a better brand of basketball for later-round matchups. They're slow and methodical, and they will punish teams on the defensive end in ways the Clippers just can't.

They're also deeper, which means they're better equipped to play different styles. They can throw out more traditional frontcourts with Rudy Gobert and Derrick Favors, or they can run smaller with Hayward or Joe Johnson at the 4 alongside Gobert. They can even construct something in between, using Boris Diaw at power forward next to Gobert at center.

Sure, depth isn't as important in the playoffs. Rotations shrink, and star power becomes more important. But, for later-round purposes, the Jazz are the more dynamic option.

Maybe this surprises you, too. The San Antonio Spurs have the second-best odds to win the Western Conference, behind only you-know-who. They posted the second-best record in the league this season. They are a steadying dominant force that cares not for age or logic or anything at all.

Still, as tantalizing as the Spurs are, they struggle against more athletic teams. We saw as much last year, in the second round, when they bowed out to the Oklahoma City Thunder.

In one-offs, during the regular season, they are fine. They can take down the Golden State Warriors or Houston Rockets without issue. But it becomes harder over the course of a seven-game series. They don't shoot enough threes to combat a hot streak from either offense, and their favorite frontcourt combinations are more traditional, featuring dual-bigs, and can end up being helpless against the small-ball attacks of Golden State and Houston.

With the odds being what they are, tread carefully. The Spurs, make no mistake, are a legitimate championship option, but they're not nearly as close to favorites as sportsbooks think. They're someone you want to bet on as a dark-horse play mid-series, when they're trailing, this way you can capitalize on lucrative long-shot odds.

Yes, the Rockets. They, not the Spurs, pose the biggest threat to the Warriors' Western Conference reign.

It's weird, we know. They play a brand of basketball similar to that of the Warriors, and trying to beat the Warriors at their own game seems senseless. The Rockets are very obviously betting on, somehow, hitting more threes than the Warriors. That's how they plan to win.

It's not a perfect model, but it's just crazy enough to work. The Rockets, on average, make 2.3 more three-pointers per 100 possessions than the Warriors. A plus-six or plus-nine edge beyond the arc isn't the end-all, be-all of winning a best-of-seven series, but it's proof enough that the Rockets have the firepower necessary to at least rival the Warriors, even if artificially.

And truth told, this is more than we can say of the Spurs right now. 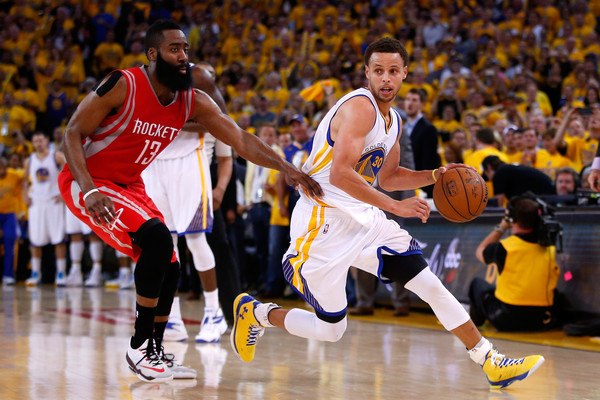 There is no better Western Conference option than the Warriors, hence why the odds are so lopsided. They were the best team in the league this year while laboring through a learning curve with Kevin Durant. It took a little while for him, Stephen Curry and Draymond Green to figure out their roles alongside one another.

But that's all history. Everything is copacetic now. The Warriors are, rightfully, heavy favorites to represent the West in the NBA Finals.

Betting on them, then, isn't a very lucrative affair. You should get your futures in as soon as possible, so the odds don't tilt even more in the heavy-favorite direction. You can also be opportunistic by waiting—possibly hoping—the Warriors fall into an early-series hole (think 1-0, or 2-1). That'll allow you to place a mid-series moneyline play on them that's worth substantially more than the -350 you're getting now.