NBA Playoffs: Who Will Win The East 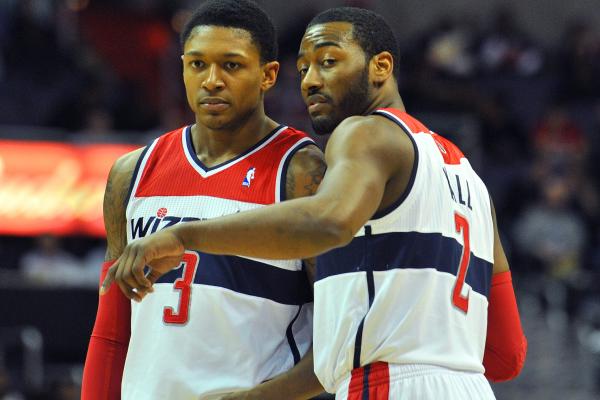 Believe it or not, it's actually tempting to go with the Milwaukee Bucks here. Though the Washington Wizards posted one of the best records in the NBA after Christmas, they cooled off down the stretch. The offense was mostly okay, particularly when they used Bojan Bogdanovic as a small-ball 4, but the defense placed among the worst in the league per 100 possessions out of the trade deadline.

Even the starting five's performance slipped, which is a problem. The Wizards aren't especially deep, and if their starting five isn't playing good defense, they can get into a lot of trouble.

Fatigue figures to be a huge issue for the Wizards in the coming days and weeks. Their starting five isn't just the most used lineup in the NBA this season; it's one of the most used five-man combinations of the last decade.

Even so, the Wizards are scary enough to pose a legitimate threat. If exhaustion isn't a factor and their key-most players are on point, they are built to give any team a whole lot of trouble. 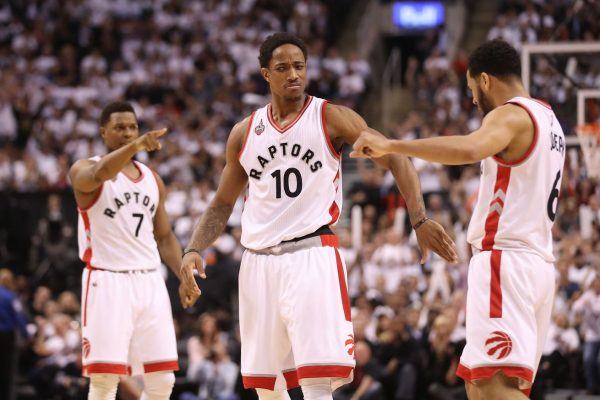 The Toronto Raptors have a legitimate case to place second here. They notched the NBA's third-best defensive rating out of the All-Star break—mostly without their best player, Kyle Lowry.

Frightening still, Lowry's return doesn't disrupt that momentum. He hasn't been a plus-defender this year, but he plays alongside a porous supporting cast. He tries hard and won't negatively affect Toronto's mojo. He only stands to improve the offense—a terrifying notion, since it makes the Raptors' one of the NBA's most balanced squads.

Still, it all comes back to defense for them. They traded for Serge Ibaka and P.J. Tucker at February's deadline, and they've dispersed fewer minutes to their younger players. They need to defend their butts off moving forward to give the Boston Celtics and Cleveland Cavaliers a run for their money, and it's not yet clear whether they're capable of doing that.

Some people are woefully low on the Celtics, even though they finished with the Eastern Conference's best record. Don't be one of them.

No, they haven't won a playoff series under Brad Stevens. But they're one of the best two-way teams in the league, a status they've achieved while dealing with a bunch of injuries.

For all this talk about the lack of continuity plaguing the Cavaliers, the Celtics have dealt with absences from Avery Bradley, Jae Crowder, Marcus Smart, Kelly Olynyk and Al Horford. Their most used lineup appeared in just 36 games together.

When they're at full strength, as they are now, the Celtics are as scary as anyone in the East, including the Cavaliers. On top of that, some of their small-ball combinations have been absolutely dominant since the All-Star break. Don't let a late-season loss to the Cavaliers fool you into thinking they're harmless. Stevens will make adjustments, and this team will stake their claim as a viable NBA Finals threat.

The Cavaliers are the pick to come out of the Eastern Conference, because they have to be. They get the benefit of the doubt in this setting until they prove they shouldn't. Their regular-season warts weren't enough to change that.

LeBron James, for starters, has another level he can and is going to reach. That's a guarantee. Even if those around him don't make a leap, he will. That alone could be enough to not just carry the Cavaliers out of the East, but it might be enough to allow them to emerge mostly unscathed.

That doesn't mean we shouldn't be worried. We should be. They have the worst transition defense in the league, according to NBA.com. Their most used lineup this season, in terms of points allowed per 100 possessions, has been a collective sieve.

If they don't flip a defensive switch, they're at the very least in for longer series than they would prefer. They might even lose. Their odds right now aren't enticing enough to account for that risk, so either get your bets in as soon as possible, or wait for the Cavaliers to fall into a 1-0 or 2-1 series hole that enables you to exploit slightly more favorable returns.