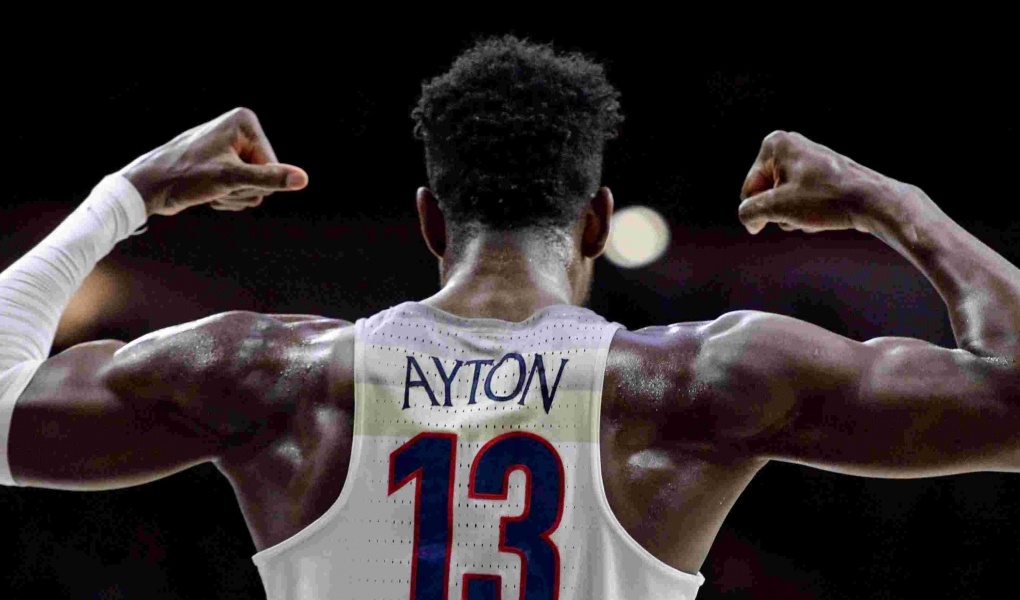 There’s a curious and interesting dynamic to the NBA’s rookie class of 2018-19. While the game on the floor looks to be trending toward smaller and faster players, it’s big men who dominate the crop of newcomers to the NBA. And yet, only one of the last four winners of the NBA rookie-of-the-year award was a full-time guard, Malcolm Brogdon of the Milwaukee Bucks in 2016-17.

Let’s take a look at this year’s top NBA rookie hopefuls, and their chances of winning, based on odds provided by Bovada.

No. 1 With a Bullet Train

Deandre Ayton has a number of factors weighing in his favor when it comes to the NBA rookie award, No. 1 being that he is No. 1, the first player chosen in the 2018 NBA Draft. Three of the last four and five of the last eight NBA rookie-of-the-year-selections were first overall draft selections, including Simmons, last season’s winner. In the 35-year history of the award, 17 of the winners were taken first overall in their draft year, a group that includes, Shaq, Allen Iverson and Tim Duncan, so Ayton is keeping good company.

He’ll also be in good company with the Phoenix Suns. The 7-1 center will work in tandem with shooting guard Devin Booker in a pairing some are already comparing to Shaq and Kobe. That’s lofty praise, but if Ayton can deliver around 20 points and 10 rebounds per game, no one will care about his spotty defense. Besides, no one was ever named top rookie because of their stellar play without the ball. Bovada puts Ayton as their second betting choice at +350.

A Man Among Boys

The Dallas Mavericks rode to an NBA title on the shoulders of European superstar Dirk Nowitzki, and they think they’ve found their next European sensation in Luka Doncic. The 6-6 guard/forward has a lot going for him. Two of the last four NBA rookie of the year winners were also swingmen and two of the last four were also international players. But most of all, playing against men is nothing new for Doncic. He’s been doing it for four seasons.

Doncic began playing in the EuroLeague for Real Madrid in 2014-15 at the age of 16. In 2017, Doncic led Slovenia to the European title and in 2018 at the age of 19, he was the youngest player to be named MVP of the EuroLeague and the EuroLeague Final Four, as Real Madrid won the title. This level of experience could give Doncic a leg up on the rest of the NBA rookie competition. No wonder Bovada has him as their +333 chalk to win the award.

Trae Young may not be the best player in this year’s NBA rookie class, but he may be the rookie who is walking into the best situation. The Atlanta Hawks were terrible last season. They are in desperate need of someone who can take the floor, generate excitement, put fans back into the seats and then pull them out of those seats with some sensational plays.

Enter Young, a man for whom the phrase “shoot the lights out” could’ve been coined. The only player to lead the NCAA in scoring and assists in the same season, his shooting has been compared to Stephen Curry and his passing to Steve Nash. Young will be given free reign to create, and no one will care that he’s about as interested in playing defense as Bill Murray was in Space Jam.

Is It In The Bagley?

Another player who may have fallen into the perfect storm of a situation is Sacramento Kings power forward Marvin Bagley III. The former Duke Blue Devil figures to be the main scoring option for a Sacramento team that hasn’t made the playoffs since 2005-06, the longest active drought in the NBA.

He will log huge minutes and should put up significant numbers if for no other reason than opportunity will continue to knock for him because really, what other option do the Kings have? Like Young, Bagley’s defensive game is non-existent, but his offensive style should fit seamlessly into today’s NBA.

They might not be the first players who come to mind when you think about the top contenders for NBA rookie of the year, but in the right scenario, it could happen. Kevin Knox (+750) can score and rebound, and as he moves from Kentucky, the mecca of college basketball, to the world’s top media market playing for the New York Knicks, you know that being under the spotlight of constant scrutiny isn’t going to bother him. Speaking of spotlights, Collin Sexton (+700) can shine in his role as the go-to guy with the Cleveland Cavaliers now that LeBron has gone Hollywood.

You should also know that while it is true that being No. 1 has its perks when it comes to the NBA rookie race, every so often a longshot does come in. Brogdon won two seasons ago as the No. 36 pick, the highest an NBA rookie of the year has been drafted since Woody Sauldsberry (60th overall) of the 1957-58 Philadelphia Warriors. Sixers guard Michael Carter-Williams won as the 11th overall pick in 2013-14.