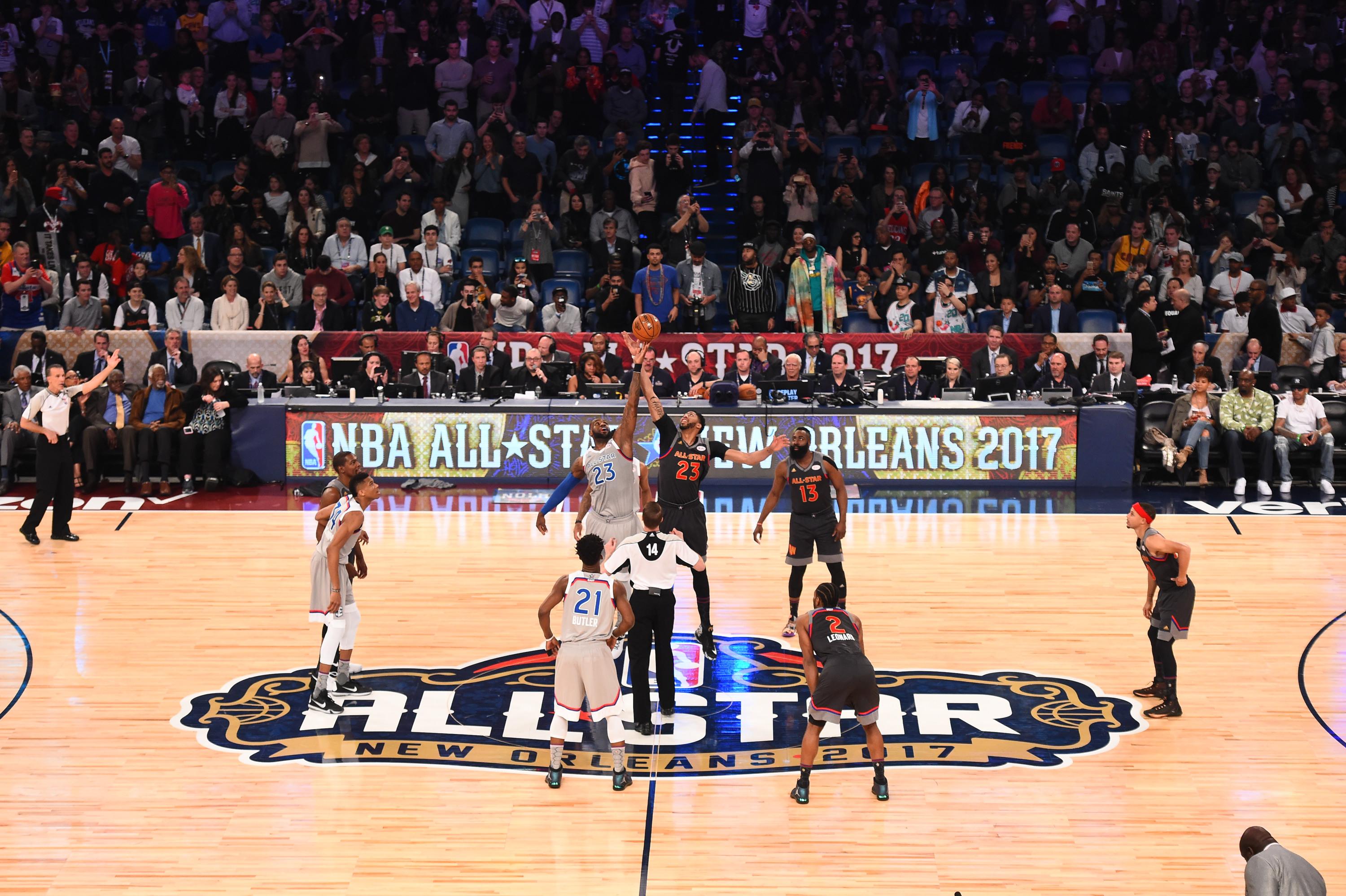 You don't go to the NBA All-Star Game expecting to see a tight game. Defense? We're not talking about any defense, because there won't be any. There will be points all around, so it would be advisable to ensure that the scoreboard is in good working order. Last season, the West beat the East 192-182 in the highest-scoring all-star game in history, but the Western Conference all-stars still came up short of the 196 points they posted in winning the 2016 game.

The West has won three in a row and six of seven, but that statistic was rendered irrelevant this season, because under a new format, this game that resembles a summer playground showdown will take on even more of that atmosphere. LeBron James of the Cleveland Cavaliers (East) and Stephen Curry of the Golden State Warriors (West), the leading vote getters from their respective conferences, were assigned the task of picking teams in the NBA version of who's got next, and conference allegiencies were thrown out the window.

It's Team LeBron vs. Team Stephen, but that's only part of the story. Some of the most fantastic action during NBA All-Star competition will take place in the skills competition, the three-point contest and the slam dunk contest. You can wager on all three of these events, as well as the game itself, at Bovada. 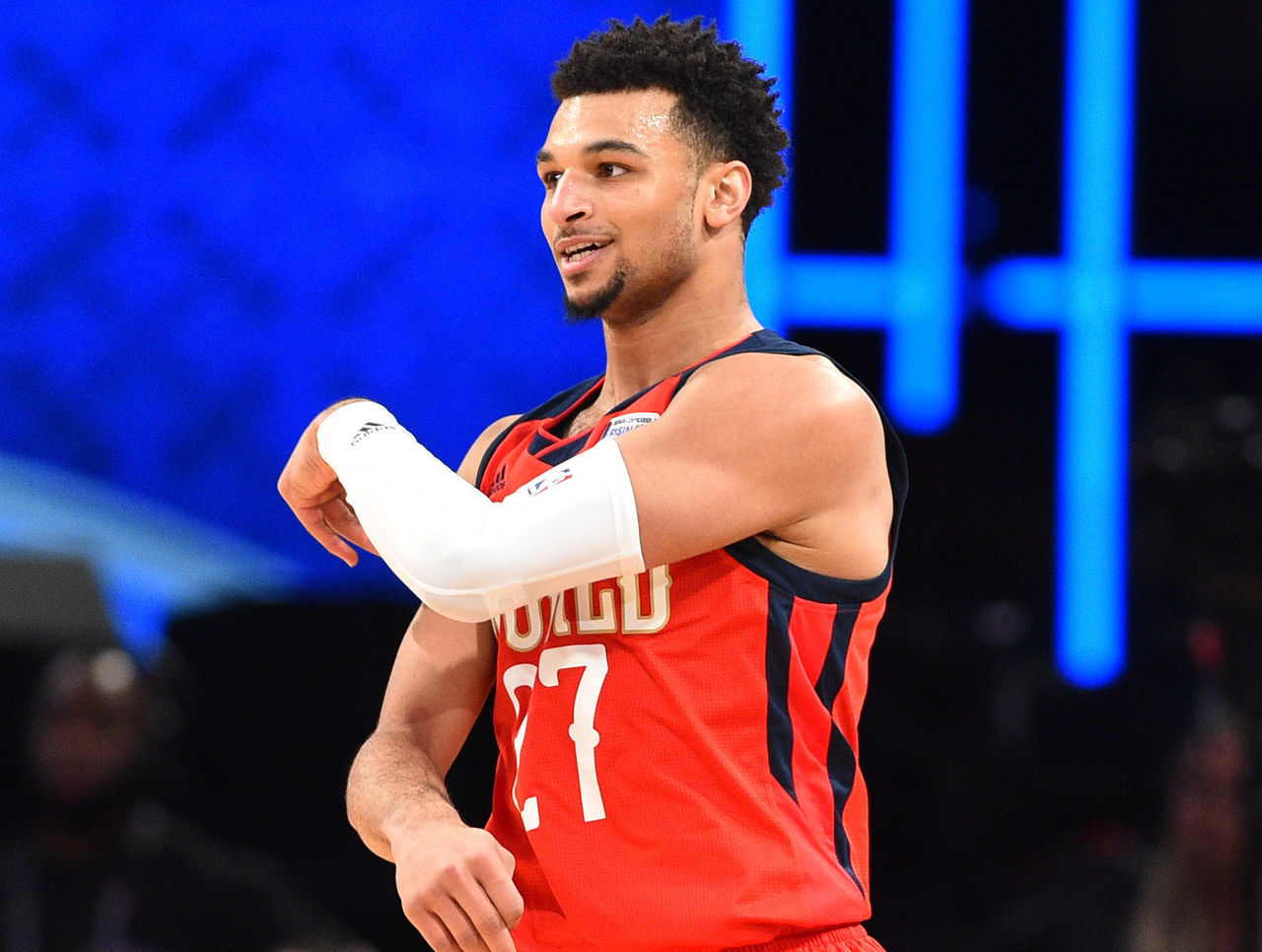 The eight competitors are divided into two brackets - one featuring four guards, and the other four big men, as they race each other over an obstacle course. Speed is of the essence, so logically, you would think this would give an edge to the quicker guards. Curry won this event twice, but New York Knicks forward/center Kristaps Porzingis captured it last year at odds of +990 and was set to defend his title until ruled out by injury.

Guards Lou Williams (+350) of the Clippers and Jamal Murray (+400) of Denver are this year's favorites, but considering recent history, maybe you want to take a flyer on Detroit's Andre Drummond (+900) or Joel Embiid (+600) of the Sixers. If you like to play omens, Drummond is replacing the injured Porzingis.

Golden State's Klay Thompson was established as the prohibitive +200 chalk to shoot out the lights and win this event. His 45.5 percent sucess rate from three-point range is second in the NBA. Oklahoma City's Paul George (42.8, 16th) is the only other player in the event rated in the top 20. He's at +650. If you are looking to ride a longshot, Tobias Harris (+1100) of the Clippers is shooting 39.9 percent and Miami's Wayne Ellington (+750) has hit 38.9 percent of his threes.

Part Cirque de Soleil, part America's Got Talent and part pure athleticism, the slam dunk competition is as much about art as it is about filling the hole. It is high drama, pure entertainment and the must-see TV of NBA All-Star Weekend. Dennis Smith, the human highlight reel of the Dallas Mavericks, is the +170 betting choice. Utah's Dononvan Mitchell (+220), in for the injured Aaron Gordon, is next. But we think Indiana's Victor Oladipo (+400) deserves a lot more love than he's getting.

That's right, there's a game this weekend. We like Team Stephen, because Curry went for familiarty when selecting his team. He's one of four Warriors in the lineup, and Curry also picked both Toronto Raptors, Demar DeRozan and Kyle Lowry. Logically, they should locate team chemistry the fastest. As far as the other wager on the game, if Blake, Alec Baldwin's character in Glengarry Glen Ross, was talking about the NBA All-Star Game instead of selling real estate, his catchphrase would be "always bet the over."

Team Stephen (no line), over (no line) Bovada