All odds brought to you by BetOnline.

Well, duh. Even though the Cleveland Cavaliers are heavy underdogs in their third straight NBA Finals matchup with the Golden State Warriors, LeBron James' NBA Finals MVP odds are never a bad bet.

Consider this a cover-all-your-bases wager. In the event the Cavaiers pull off the upset, it's because LeBron played out of his mind, exactly like he did last year when they erased the 3-1 series deficit.

And don't fool yourself into thinking it can be Kyrie Irving (+1,400) or Kevin Love (+2,400). LeBron is the only player in NBA history who ranks in the top five of both playoff points and assists, according to Basketball-Reference. The Cavaliers' hopes of winning this series live and die with him.

On the Warriors' side of the NBA Finals MVP fence, we have Draymond Green, who has played absolutely fantastic basketball for the enitre postseason. His case in this space is twofold.

First off, the Game 5 suspsension that arguably cost the Warriors the championship last year is still fresh on his mind. He'll want to make up for that mistep 10 times over.

Mostly, though, he will be tested more than anyone. The Warriors are going to stick him on LeBron more than any other defender, and the Cavaliers are going to dare him to shoot three-pointers, since he's viewed as the lesser of all their sweet-shooting evils. If he's able to knock down shots and play tough defense on James while doing all his other usual dirty work, he'll stand out above everyone should the Warriors, as we expect, win their second title in three years—including Stephen Curry (+220) and Kevin Durant (+190). 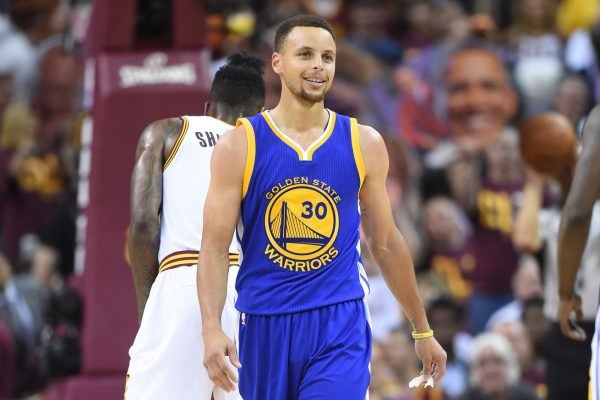 LeBron James (+175) is going to be the popular pick here, but he could end up being fool's gold. The Warriors are going to try forcing the ball out of his hands, and he has an innate desire to fling passes toward teammates whenever he's double-teamed.

Kyrie Irving (+450) might actually be the better pick for the Cavaliers. James allows him to take over the offense for stretches at a time, and he'll be option No. 1 whenever the four-time MVP takes a breather on the bench.

Stephen Curry is the best bet of anyone. He leads the Warriors in postseason scoring per game, and there's a strong chance he becomes an afterthought to the Cavaliers' defense. Call it the luxury of having Kevin Durant (+350), who sucks in defenses whether he's on or off the ball. That invariably leaves Curry open, and he's proved particularly deft at hitting shots this postseason. It may take him less than three games to clear the century mark. 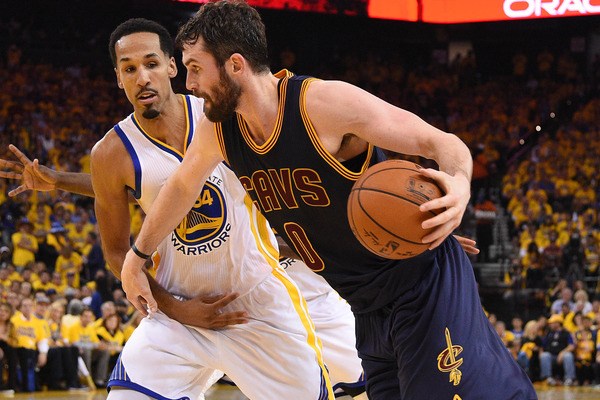 If this were last year, when Kevin Love could barely stay on the floor against the Warriors, we wouldn't like rolling with the over. But this is a different season, and the All-Star forward is better equipped to survive this matchup.

The Cavaliers have hesitated to use Love at center, albeit in small doses. And the defense has actually been quite good in those situations. He's worked his butt off to improve on defense, and that should allow him to remain on the court even when the Warriors stick Draymond Green at the 5.

That, in turn, should open him up to drill plenty of threes. He buried 23 triples in five games against the Boston Celtics. Cracking 14 in what should be a six-game series with the Warriors should be a piece of cake.

Exact-series bets are hard, but they're worth small-time flyers.

Right now, sportsbooks are heavily favoring the Warriors. They won't even give you a good return on picking them in five (+260). The odds are better when gambling on a sweep (+650), but that's a waste of money.

This is smarter. Betting on the Warriors in six is akin to saying "The Cavaliers kind of have a chance, but not really," which is a fitting wager for a clearly inferior team that nevertheless employs LeBron James.

LeBron James and Draymond Green are the only triple-double threats in this series, which is more than enough to talk yourself into three such occurrences.

Truth told, LeBron may need to tally a triple-double every game for the Cavaliers to have a shot, and Green should be good for at least one if the Warriors, as anticipated, run more Curry-Green pick-and-rolls.

Just don't bet on four (+2,000). Three is ambitious enough as it is, and we can't honestly believe LeBron will go that supernova.