Are Lions Packing For A Win?

Can Lions Tame Their Lambeau Letdown?

My Team's Next MatchDetroit Lions

The last time the Detroit Lions traveled to Green Bay to face the Packers at Lambeau Field, it was the final week of the 2016 season and the NFC North title was up for grabs. It was the Packers who grabbed it, not surprisingly, since Green Bay has proven a house of horrors for the Lions, who've won once there since 1992.

This time, though, there's no Aaron Rodgers at the helm of the Packers, a broken collarbone sidelining the man who's broken the hearts of Lions fans so many times. Can that be a difference-maker for the Lions, an open door to a rare victory in the land of cheese?

Let's look at that possibility, based on odds provided by Bovada.lv. 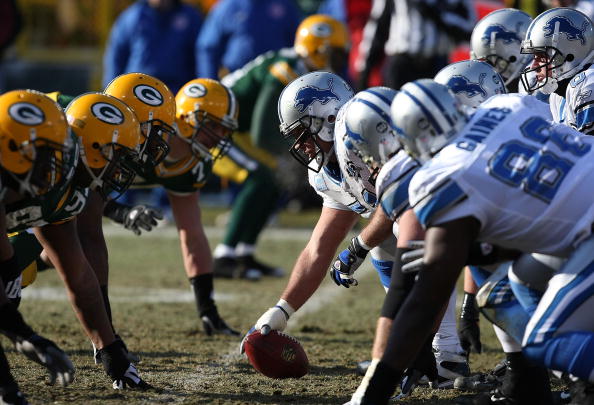 Since Rodgers, 13-3 lifetime against Detroit, suffered his injury Oct. 15 against the Minnesota Vikings, the Packers, who looked to be NFC favorites to go to the Super Bowl at the time, have since looked like they might struggle to win the CFL's Grey Cup, losing two in a row to drop to 4-3.

Which of these two listing vessels can right the ship first as they meet each other? Well, the Packers just enjoyed their bye week, which means Brett Hundley, the replacement for Rodgers at quarterback, has been afforded an extra week to get up to speed, as well as two weeks to prepare for Green Bay's next opponent.

That's a lovely narrative but it glosses over other concerns in Packer land, most notably a defense that surrendered over 500 yards in their Oct. 22 home-field loss to the New Orleans Saints. As the Lions displayed last week in their own home-field setback to the Pittsburgh Steelers, they can move the ball. Matthew Stafford - the only NFC North QB who's been at his team's helm the entire season - passed for 423 yards in that game against a Steelers defense that can cobble together more of a stopping force than anything Stafford figures to come up against in Green Bay.

But the Lions on offense are their own worst enemies. They could be described as a bend you but don't break the plane offense. Despite all that yardage against Pittsburgh, Detroit was left to settle for five Matt Prater field goals in a 20-15 loss. The Lions rank 28th in the NFL in red zone conversions. 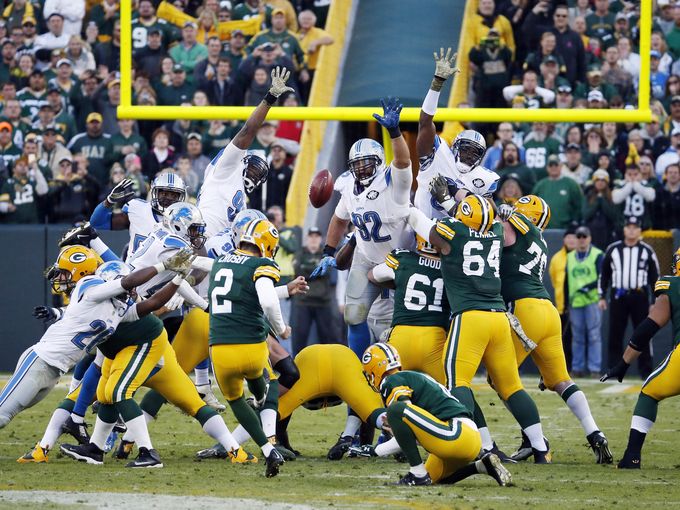 That's troubling news for Green Bay. The Packers will want to be more conservative with the ball with Hundley under center. If he's forced to the air, that plays into Detroit's hands. The Lions are third in the NFL with 16 takeaways, including 10 interceptions. Cornerback Darius (Big Play) Slay and safety Glover Quin have three pickoffs apiece.

In the last two games, mainly with Hundley at the helm, the Packers scored a combined total of 27 points. Prior to that, with Rodgers calling the signals, Green Bay was averaging 27 points per game.