Logically, the offense of the New England Patriots should be dealing with some issues. Already missing wide receivers Julian Edelman (knee), Malcolm Mitchell (knee) and Chris Hogan (shoulder) and tight end Martellus Bennett (shoulder), they come into their Monday night game at Miami against the Dolphins without superstar tight end Rob Gronkowski, suspended one game by the NFL for a late hit in last week's 23-3 win over the Buffalo Bills.

Yet, this well-oiled machine is continuing a Patriots tradition where they replace parts and just keep on winning. Wasn't his 40th birthday supposed to slow down Tom Brady? Instead the New England quarterback is leading the NFL in passing yardage (3,632) and has tossed 26 touchdown passes against a paltry four interceptions. He isn't getting older, he's getting better, working at the helm of the No. 1 offensive unit in the NFL.

Yet Brady has been sacked 27 times, placing him just outside the top 10 in the NFL in this category. Can Ndamukong Suh and the Dolphins defensive front get to Brady enough to make a difference? We look at that and other factors to determine the outcome of this game, based on odds provided by Bovada. 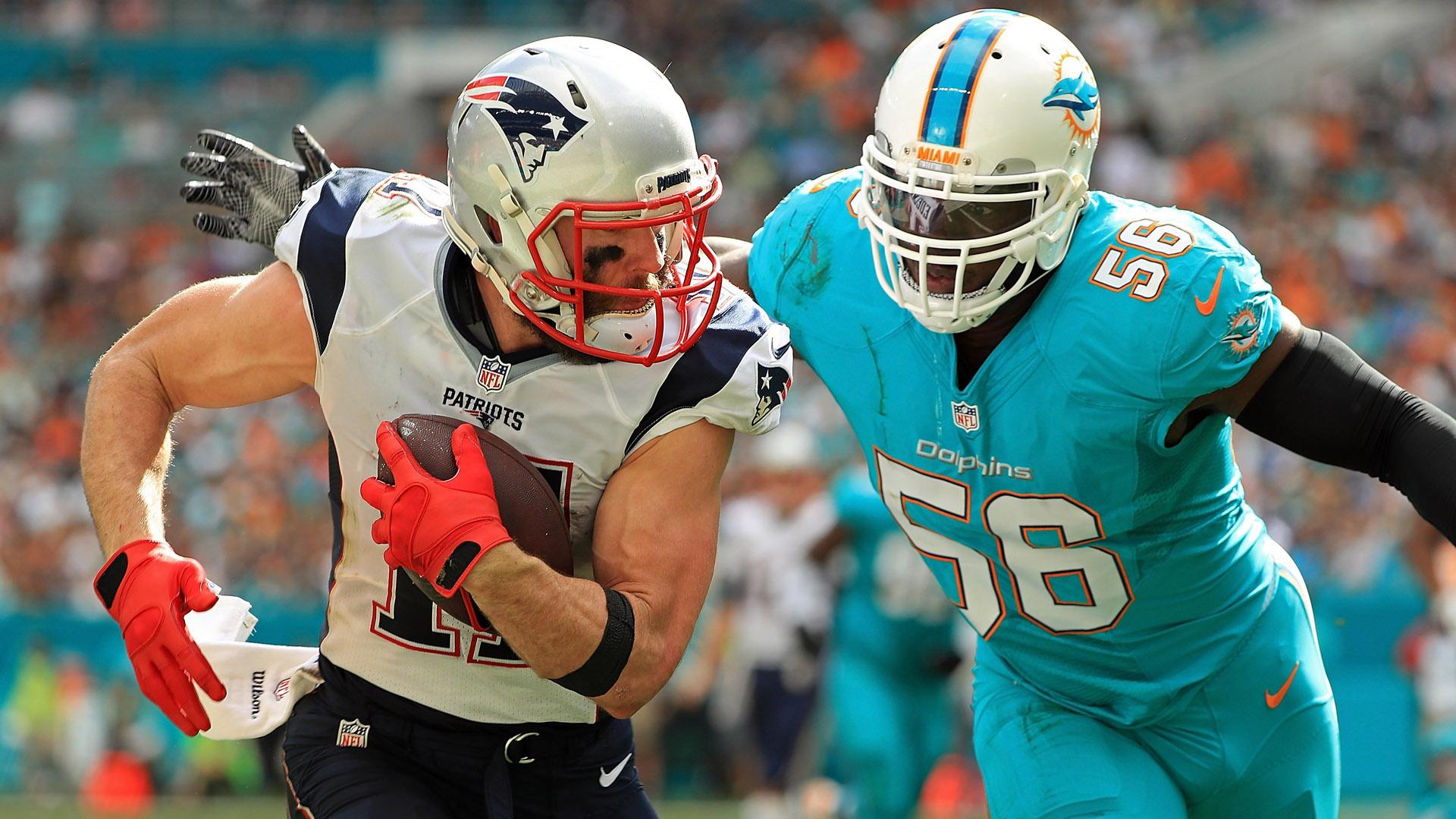 The Patriots own the AFC East, and we don't merely mean in terms of the fact that they are headed for their ninth straight divisional crown and 15th since 2001. New England is 3-0 this season against its divisional rivals. The Pats have won seven in a row from AFC opponents and are 8-1 over the past two seasons. After next week's showdown in Pittsburgh against the Steelers which figures to determine home-field advantage in the AFC playoffs, the Patriots finish with home games against the Bills and New York Jets.

Even minus so many key weapons, Brady is still making what he has left in his arsenal work. He's connected 53 times with receiver Brandin Cooks, including 5 TDs. Danny Amendola has caught 46 balls and two TDs, while James White has grabbed 51 passes out of the backfield. The Patriots have won eight in a row, while the 5-7 Dolphins ended a five-game losing skid with last week's decisive 35-9 triumph over the woeful Denver Broncos.

Suh said the defensive gameplan is to get to Brady and piss him off, but his brave talk might hold more substance if it weren't for the reality that the Dolphins are tied for 21st in the NFL with just 21 sacks. The Miami defense sits 17th in the NFL, surrendering 339.9 yards per game, much better than New England's 27th overall ranking (375.5 yards per game).

Miami sits in the middle of the pack in pass defense, allowing 223.4 yards per game, which is 15th overall. The Dolphins have surrendered 22 TD passes, tied for seventh-most in the NFL, and they have allowed 10 completions of 40 yards or more, tied for third-worst in the league.

Dolphins QB Jay Cutler is 0-3 lifetime against the Patriots and hasn't come close to beating them, losing by 34, 29, and 28 points in his three attempts. Miami has won three of its last four from New England at Hard Rock Stadium, but New England won 35-14 at Miami in the final week of the regular season last season and beat the Dolphins 35-17 two weeks ago at Gillette Stadium.

The Dolphins are also 1-7 in their last eight Monday Night Football appearances. New England is an impressive 16-3 in its last 19 prime time games.