Falcons Righting The Ship At The Right Time?

Falcons vs. Seahawks - Who Will Soar?

For most of the NFL season, something hasn't looked right with the Atlanta Falcons, which left a couple of questions hanging in the air. Was it a case of Super Bowl hangover after blowing a 25-point lead and losing 34-28 in overtime to the New England Patriots in Super Bowl LI? Or perhaps it was as simple as this -the Falcons just weren't as good as their magical 2016 campaign suggested.

Then this happened last week - the Falcons played the Dallas Cowboys - granted a Cowboys team minus suspended star running back Ezekiel Elliott - and whipped them 27-7. Does that mean we should believe in the Falcons again? Well, Monday night's game in Seattle against the Seahawks could offer further proof in that regard.

A look at that game, based on odds provided by Bovada.lv. 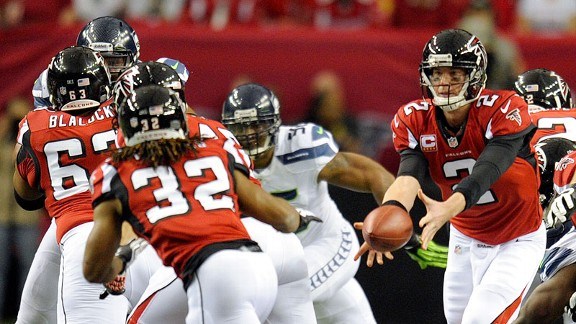 There was a time not so long ago that you could have made a case for this match-up being an NFC Championship Game preview but today, you have to honestly wonder if both teams will even be postseason participants. The 6-3 Seahawks are a game in arrears to the Los Angeles Rams in the NFC West but at least are situated in the No. 6 seed, the final NFC playoff spot. The 5-4 Falcons are seeded seventh, adding further importance to this game.

Right off the bat, you notice how much the numbers line up in favor the Seahawks. During the reign of head coach Pete Carroll, Seattle is an NFL-best 21-3-1 in prime time games, and that includes a 13-1 slate at CenturyLink Field, where the 12th man always seems to give them an added bump of momentum. But when you dig beyond the numbers, reality does not appear anywhere near as accommodating to the Seahawks. Seven Seahawks failed to finish last week's win over Arizona due to various ailments.

Scanning the Seattle injury report, it read's like a who's-who of NFL defensive superstars. Cornerback Richard Sherman (Achilles) is out. Safety Kam Chancellor (neck) is out. Pro Bowl free safety Earl Thomas (hamstring) is back after missing two games but it's uncertain how much he will play. Missing 50 percent of your secondary, with another element at less that 100 percent against a quarterback the caliber of the Falcons' Matt Ryan is a recipe for disaster. 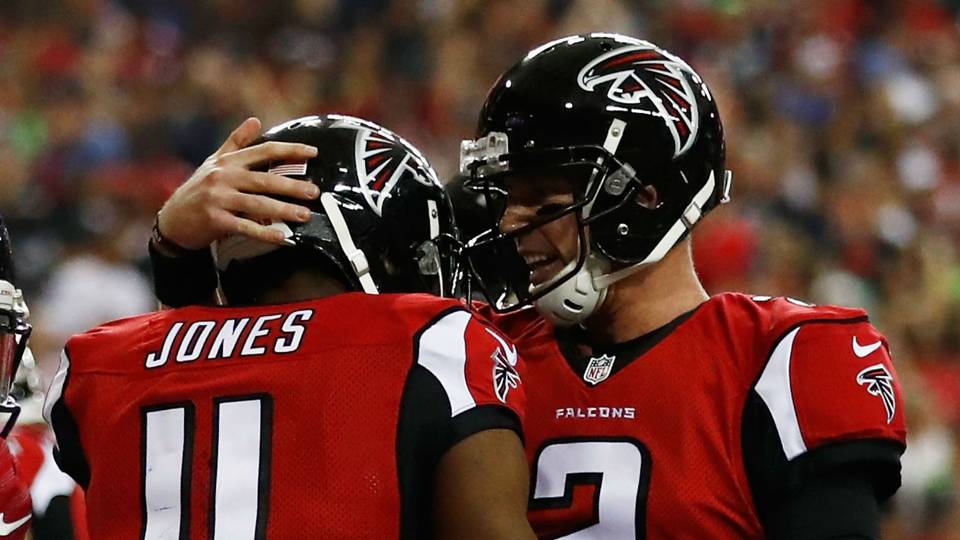 The Seahawks are a mediocre 5-5-1 when just one of those three has been missing in the past. Without Sherman, arguably the NFL's best one-on-one cover man, who will draw the assignment of controlling sensational Falcons receiver Julio Jones?

You have to think that Ryan and Jones are salivating at the possibilities for chunk yardage plays that await them on Monday. Atlanta will be missing running back Devonta Freeman (concussion) but Tevin Coleman should capably fill that role.

When Seattle has the ball, things don't get any less bleak. NFL teams have enjoyed plenty of success in getting pressure on Seahawks elusive QB Russell Wilson, and the speedy Atlanta defense will do a stellar job of keeping him on the run in this game.

This game has all the earmarks of a high-scoring affair, so the over on the total of 45.5 looks to be a good bet as well. It will come down the team that makes the most big plays, and that team figures to be the Falcons.