NYCFC come into this game on the back of four home games and are not in great form. Despite sitting fourth in the Eastern Conference, they are behind league leaders Union after losing to Real Salt Lake just a fortnight ago.

David Villa (below) remains NYC’s main threat, with 10 goals so far in the MLS, and he is top scorer across the board, way ahead of Thomas McNamara with just three. 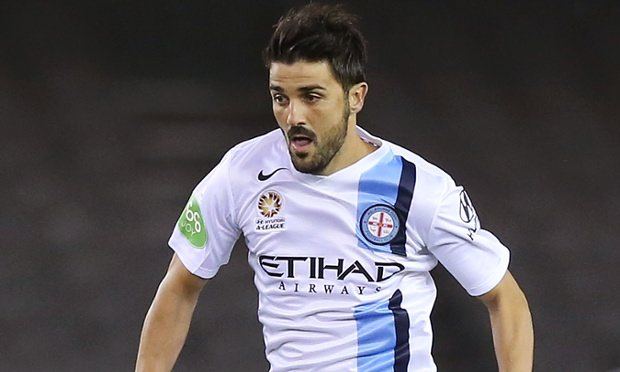 While Philadelphia Union are top of the table, their away record is poor and they average just one goal per game away from home. Despite having won six games this season, five of which at home, we can see them struggling on the road as New York get back to winning ways.

Vancouver Whitecaps are one of the most in-form teams in MLS, with no defeats in their previous seven games. In fact, they are scoring goals at critical times in games, with Hollinger-Janzen netting late on for a 2-1 win last time out against Seattle Sounders. That was three weeks ago, but against a side such as New England Revolution, can they be derailed? We don't think so.

The Revs are in woeful form on the road, with their six games ending in three defeats and three ties. The two teams met only once last year, with Whitecaps winning 2-1 at Gillette Stadium.

There could be plenty of goals in the game, as last time the two met in Vancouver the home side edged a seven-goal thriller, 4-3. While The Revs, and in particular Lee Nguyen may always have a chance, their terrible away form combined with Whitecaps’ winning ways points to a home victory.

Our tip: Whitecaps to win (Evens)

Toronto are in abysmal form in MLS, sitting in fifth place in the Eastern Conference and a winless streak stretching back four matches. Last time out, the New York Red Bulls demolished Toronto 3-0. That was three weeks ago, however, and the Canadian outfit will be hoping to change their fortunes at home against a Galaxy side who have hardly set the Western Conference alight. 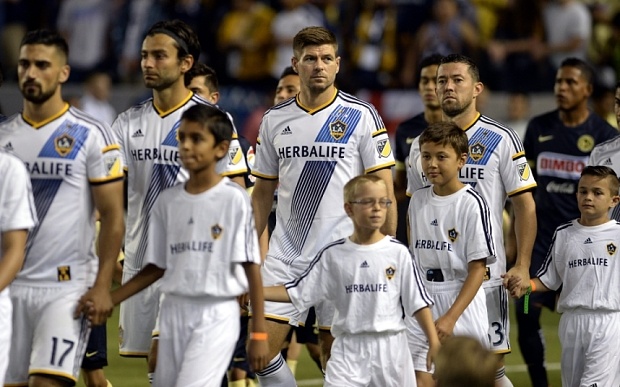 L.A. Galaxy (pictured above, being led out by Steven Gerrard) are also in poor form and have also gone four games without winning.

However, LA is unbeaten in the past ten games against their rivals, with five wins and five ties. While Galaxy are not roaring right now, we think the battle of the 8-goal strikers in Sebastian Giovinco (Toronto) and Giovani Dos Santos (Galaxy) could prove to be a smokescreen for a more tenacious victory for the away side, who represent better value by far.

We think Orlando will shake the Quakes and win in a tight game. Go with Orlando at +130.

No mistakes at home for Houston, and a good price, too. Go home for maximum value at +140.

No value with the straight victory, but we think Rapids, unbeaten in six, will be on top from the off. They’re +105 to be winning at half-time and at the end of the game.

No problems for Salt Lake here, and we think the home win is best value with less risk. At +120, it seems a great bet.

Sporting KC would usually be good picks at home, but Dallas are in great form and haven’t lost in five. Take the tie at +230.

We see goals and lots of them. Take the great price of +190 for there to be over 3.5 and round off the weekend in style!