The game of the weekend undoubtedly came on Saturday evening as Columbus Crew led 4-1 but were eventually pegged back for a thrilling 4-4 tie by a Drogba and Piatti-inspired Impact.

Taking an early lead through Kei Kamara, Crew's quickfire lead was cancelled out by Piatti only to be restored just before half-time through Kamara again. Crew went 3-1 up immediately after the break when Federico Higuain scored, and when Higuain got their fourth in the 53rd miute, it looked like a home win was inevitable.

But two goals in two minutes from Drogba and Piatti set up a grandstand finish, and when Dominic Oduro (who now has three goals and three assits in ten games) scored in stoppage time for the second week running, the comeback was complete. Columbus Crew are ninth in the Eastern Conference, while Montreal remain in top spot. 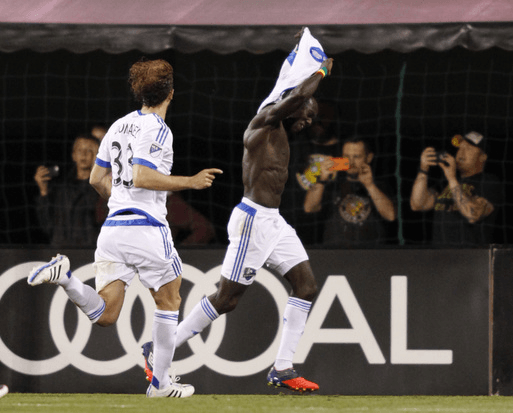 David Villa was again the hero for NYC as he grabbed one of two quick goals at the start of the second half as DC United stumbled again.

While former Spain and Barcelona striker Villa grabs the headlines for giving his side the lead, Khiry Shelton, who assisted Villa and scored the second goal, deserves as much praise.

Both sides started the game on 10 points, so this sort of victory will give bettors hope that NYC are indeed a good bet for a playoff place. On this evidence, they might be right. 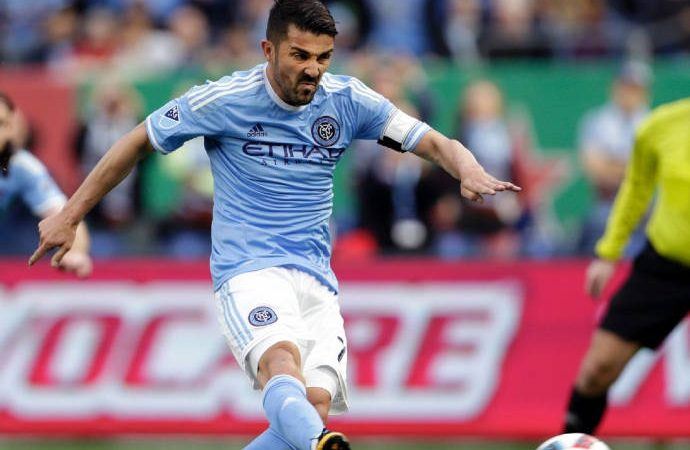 L.A. Galaxy finally found their superstars in football alignment on Sunday evening as another corker ended with Galaxy claiming three points in spectacular fashion. Steven Gerrard, Robbie Keane (pictured below) and Giovani Dos Santos all scored as Galaxy hit New England for four, although the Revs might consider themselves a little unlucky when all is said and done as they put on a spiritied second half comeback.

The game kicked off with Galaxy desperate for a win of any kind to start repaying the faith many pre-season bettors had in them as MLS Cup favorites.

They did not go easy on The Revs, with two goals from the Republic of Ireland international Keane coming either side of a fine Giovani Dos Santos strike. 3-0 at half-time and job done? Well, not quite. New England had other ideas and came back into contention when Kelyn Rowe scored. Juan Agudelo scored four minutes later, on 70 minutes, to give the away side genuine hope.

Agudelo even smashed the crossbar with seven minutes left as The Revs piled forward in search of an equaliser, but a breakaway fourth in stoppage time from Steven Gerrard saw Galaxy wrap up the win and move up to second in the Western Conference. The Revs drop to eight in the East, and will need to bounce back. 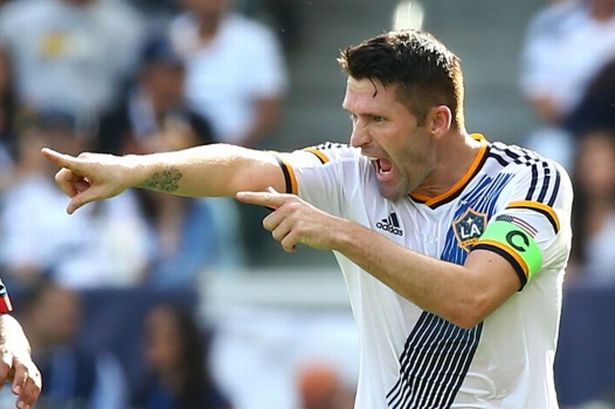 Bradley Wright-Phillips scored again in this fixture, but Red Bulls couldn't hang onto their half-time lead, with Orlando equalising through Kevin Molino in the second half.

Tsubasa Endoh latched onto a Giovinco pass to give Toronto the victory.

A solitary Jermaine Jones strike, assisted by Kevin Doyle was enough to give Colorado all three points.

Goals from Bolanos and Kudo gave Vancouver a narrow victory as they overcame Portland despite having trailed at half-time.

Goals from Barnes and Wenger before half-time wrapped this one up early for Houston, who had no problem despatching Sporting KC.

An early Clint Dempsey goal gave Seattle the lead, but they had to wait until the 89th minute to seal it through Jordan Morris, who again starred.