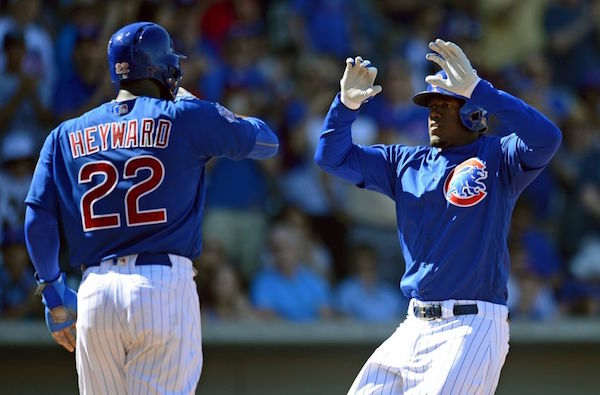 Why the Cubs will win: For many Chicago fans, 2016 might be the year that the Cubs break their cursed streak of not winning the World Series. Since 1908, Chicago has experienced numerous playoff failures and heartbreaks.

From the Curse of the Billy Goat to a black cat running in front of Cubs Hall of Famer Ron Santo, Chicago is known as one of the most cursed teams in all of sports. That being said, this year's squad has been on a record pace to erase all those memories. As of July 4th, the Cubs had the best record in the NL Central and the second-best mark in the MLB at 52-30. Third basebman Kris Bryant and first baseman Anthony Rizzo both have knocked in over 20 home runs this season.

Though the Cubs feature some strong bats, pitching is where the true strength lies. Ace pitcher Jake Arrieta leads the way and has been on a torrid pace by establishing one of the best win totals in the league at 12-3.

Furthermore, the supporting cast of Jon Lester (9-4), Jason Hammel (7-5), Kyle Hendricks (7-6) and veteran John Lackey (7-4) is one of the most stacked rotations in all of baseball.

The Cubs have also dominated their NL Central foes, especially the Pirates. So far this season, Chicago has notched a record of 8-1 against Pittsburgh and will have their big guns going during the three-game series on the 8th through the 10th with Arrieta, Lester and Hendricks.

While the Cubs have already swept the Pirates twice this year, including once in Pittsburgh, the Pirates have been playing better as of late. However, Chicago's overall depth is one of the best arsenals in the league.

Why the Pirates will win: With Chicago setting the pace for the NL Central, Pittsburgh meanwhile has managed to stay above .500 even with some hiccups throughout the season. After getting off to a slow start, the Bucs were 8-2 in their last 10 games, as of July 4th.

All-Star outfielder Starling Marte has been the centerpiece of the lineup and leads the team in batting average (.321), stolen bases (24) and triples (4). Though he doesn't have as many RBIs or home runs as some of his teammates, Marte has been the key for the Pirates.

The same cannot be said for fellow outfielder Andrew McCutchen. The 2013 NL MVP has had some decent numbers this season, but has been struggling overall with a lackluster sub .240 batting average. His performance will be critical if the Pirates pull off the upset at home.

Playing at home is also another reason why the Bucs might get a boost. The Bucs have notched a mark of 22-19 at PNC Park and will be coming off a road grind so it will be a much-needed break.

The Pirates will have Francisco Liriano, newcomer Steven Brault and Jonathon Niese. Liriano has had an inconsistent year thus far, but is still one of most talented pitchers in the NL Central.

Brault will be making his Major League debut in the series while Niese has been the steady hand in the rotation. This matchup might pose some interesting scenarios for the Bucs and their versatile offense.

The Cubs have been struggling lately, going 4-6 in their last 10 games.

Prediction: Even with their recent hiccups, the still Cubs win 2-1.