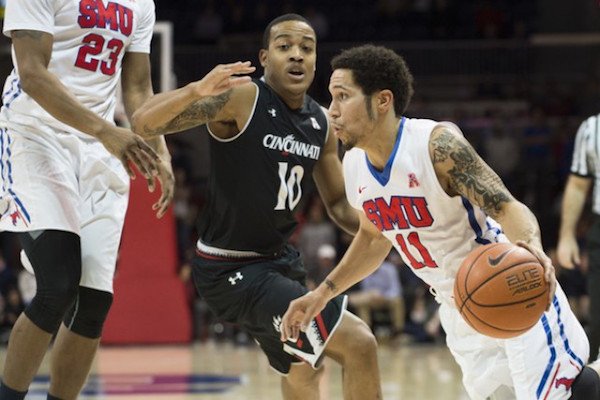 The SMU Mustangs got into the tournament as a No. 6 seed, which is actually a good spot for them. Sportsbooks still seem to be taking them lightly, and while that's not the correct play by them, it has the potential to work in your favor.

The Mustangs boasted the best offense and the second-best defense in the AAC conference. Their offense falls to 147th on the national scale, but the defense, in terms of points per game, holds tight, earning a third-place ranking.

This is important. Stingy defense becomes much more important in tournament play. Teams that can dictate the terms of play and turn games into a slug fest always have a good chance winning. That's the luxury of being a mid-end or low-end team in one-and-done brackets—the best team doesn't always win.

And by the way: SMU hits enough of its threes—more than 40 percent—to maintain leads or erase early deficits. These Mustangs are more balanced than most people think. 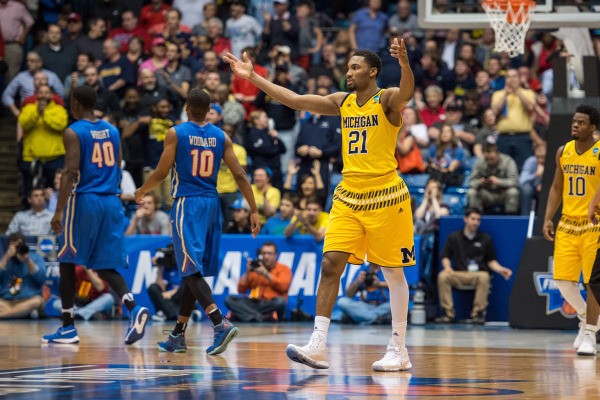 Seven-seeds don't come much tougher than the Michigan Wolverines. They won seven of eight games on their way to a Big Ten title, posting top-four marks on defense and offense in the conference.

It's their defense that stands out on the national scale. They rank 38th in points allowed per game. Their three-point defense is often a mess; they're 312th in opponent percentage from beyond the arc. But they do a good job of limiting long-range attempts. They fall inside the top 20 of three-point attempts allowed.

In the event their opponent catches fire from long range, Michigan can make the most of its defense elsewhere. This group is excellent when it comes to blocking shots and forcing turnovers, though you'll want to watch out when it comes to rebounding. 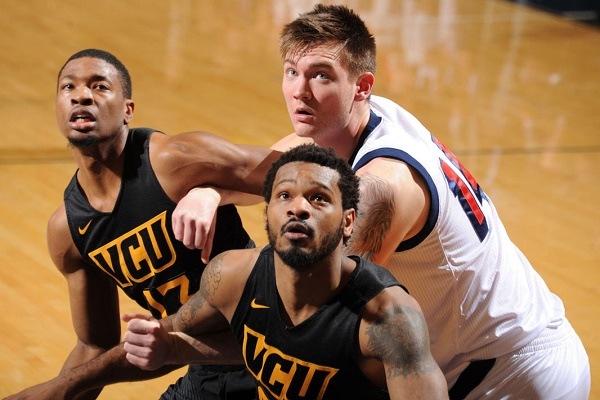 Another savvy defensive team. Sensing a pattern yet?

The Virginia Commonwealth Rams are perhaps the most intriguing on this list. They have a top-50 defense and force turnovers and get rebounds at an above-average rate. While head coach Shaka Smart implements a more reserved scheme, the Rams are going to coax you into the shots they want you to take. They encourage long twos and do a great job at preventing three-point looks. They rank in the top 15 of both three-point makes allowed and three-point attempts allowed.

Although VCU isn't as dangerous on the offensive end, they cover many of the major bases. They move the ball a ton, which can result in the lot of turnovers, but also a bunch of high-quality looks. And if they generate wide-open opportunities from long distance, opposing defenses are in trouble; their shoddy three-point clip (33.4 percent) improves exponentially when they're left alone.

Truth told, though, it's all about defense for the UCLA Bruins. We know they can score. They have Lonzo Ball, one of college basketball's most electric talents in recent memory. The team, as a whole, ranks 13th in three-pointers made and eighth in three-point percentage. The Bruins are also first in the country in points scored per game.

Things take a stark turn on the defensive end. UCLA is 258th in points allowed per game. There will come a time in this tournament, perhaps early on in the second or third round, when that porous defense is tested.

Do they have what it takes to lock down? Or will they bank on an offense that propped up an almost-15-point margin of victory to get them by?

Even if it's the latter, you have to take the Bruins seriously. If they get hot from beyond the arc, as they've done a bunch of times this year, while playing even close to average defense, they have National Championship potential.