Is Philly The Losingest Sports City in North America?

My Team's Next MatchPhiladelphia Eagles

Supporters of Philadelphia's professional sports franchises would suggest that the outcomes of recent championships involving teams from the City of Brotherly Love were unfortunate. Detractors of Philadelphia's teams, citing the reputation and behavior of some Philadelphians, would more likely cite it as karma. Whatever the case, when it comes to titles, Philly could be classified as the second-place city.

The Eagles have played in two Super Bowl games, and lost both of them. They've not won an NBA title since 1983. You have to go all the way back to the Broad Street Bullies days to find a Stanley Cup parade through the streets of Philly, and that was in the spring of 1975. As for the World Series, yes the Phillies did win the Fall Classic in 2008, but that's the city's only success story on the diamond, or in any major sport for that matter, since 1981.

While Cleveland could certainly make a solid claim to the crown, the city no longer has an NFL team, and there was a time when the Browns - yes, the Browns - were the scourge of the NFL. So it's just possible that Philadelphia is the losingest sports city in North America.

As the Eagles get set to face the New England Patriots in Super Bowl LII as 4.5-point underdogs according to Bovada, let's look at the Philly follies, breaking it down by each of the four major sports. Sorry soccer fans, but we're not including the 1973 NASL title won by the Philadelphia Atoms in this assessment. 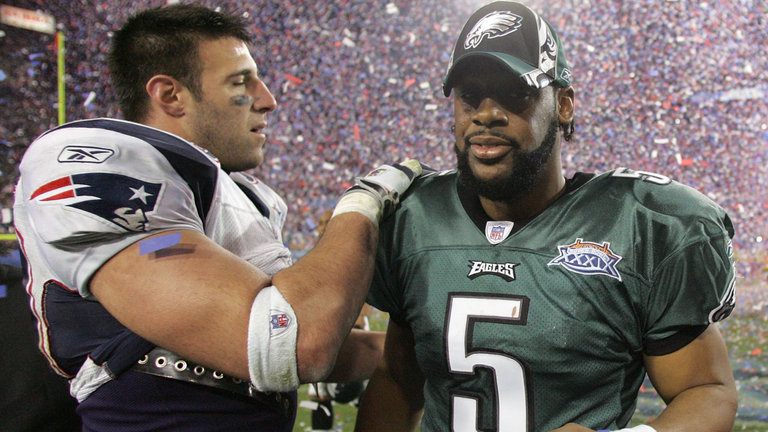 This will be the third trip to the Super Bowl for the Eagles, and they are 0-2. They've been done in as a favorite, losing 27-10 to the Oakland Raiders in Super Bowl XV as the three-point choice in the betting line. They've also failed as an underdog, losing 24-21 to the Patriots in Super Bowl XXXIX as seven-point dogs. But there was a moral victory. At least the Eagles beat the spread. More bad news - this is the fifth rematch in Super Bowl history and the team that won the first game is 4-1 in the second game.

The Eagles are one of six teams active in the NFL in 1966, the year the Super Bowl was born, that's never won the Super Bowl. You've got to go all the way back to 1960 to find the Eagles wearing an NFL crown. Norm Van Brocklin was at quarterback and Chuck Bednarik was at iron man, playing all 60 minutes at center and linebacker as the Eagles edged the Green Bay Packers 17-13.

Philadelphia last won an NBA title more than three decades ago. The Philadelphia Warriors won twice before leaving town, the last time in 1967, leaving the mantle of failure to the 76ers. They're 2-4 in NBA finals, last winning in 1983 but most recently losing when the Allen Iverson-led 76ers were toppled 4-1 by the Lakers in 2001.

Oh, by the way, the Warriors? Moved out west. Called the Golden State Warriors today. Don't tell anyone in Philly, but they're pretty good. 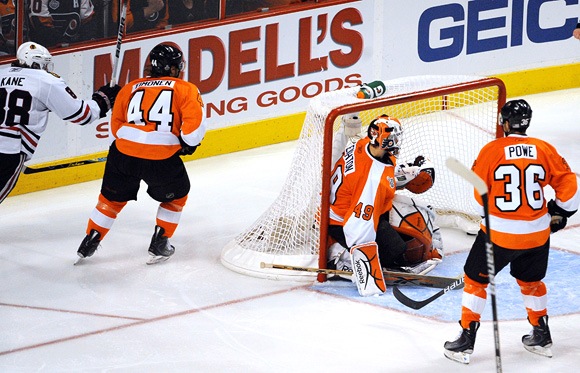 Bobby Clarke, Bernie Parent and the Flyers won back-to-back Stanley Cups in 1973-74 and 1974-75, the last time anything that great has happened in Philly. The Flyers are 0-6 in Cup finals since. They set an NHL record in 1979-80 by going 35 games without defeat, and still lost the final to the New York Islanders. They rallied from a 3-1 deficit against Edmonton in 1987, only to lose Game 7. Most recently in 2010, the Flyers lost on a Game 6 OT tally by Chicago's Patrick Kane that nobody seemed to realize was in the net.

OK, you can count the Philadelphia Athletics if you must. They went 5-3 in World Series play, but last won in 1930. They decided that they were going to Kansas City in 1954, and for the most part, took Philly's title-winning ways with them.