Is it Duck Season For Predators?

Predators Look to Power Past Ducks

Are the Nashville Predators, the Cinderellas of the 2017 Stanley Cup playoffs, going to continue to roll towards the ball, or will the Anaheim Ducks end their dream sequence? It all starts with Game 1 of the Western Conference final and we've got all the odds for your from BetOnline.ag: 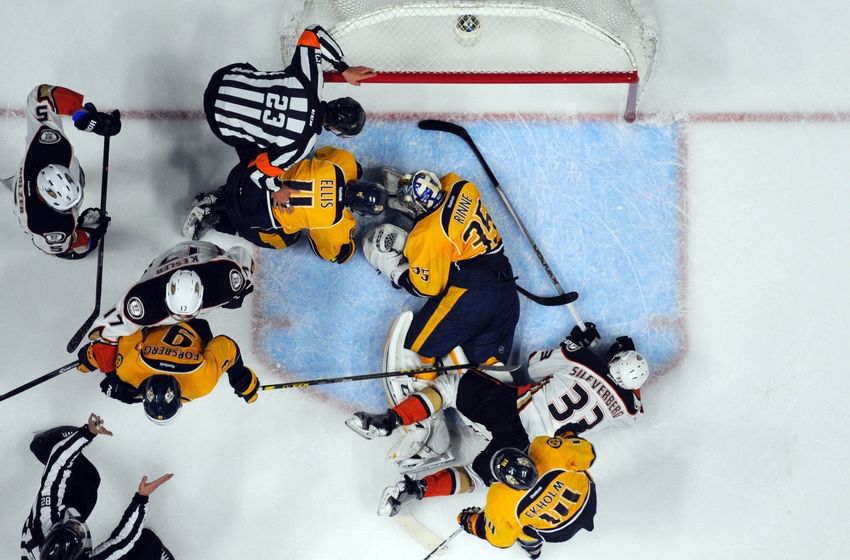 It wasn't the big names who got the Ducks past Edmonton in Game 7 of their second-round series. Andrew Cogliano and Nick Ritchie handled the scoring and captain Ryan Getzlaf was held off the scoresheet. But it's that kind of depth that keeps teams rolling in the playoffs and both of these teams are this far along because of their depth.

Twelve different Ducks have scored a goal in the playoffs and eight of them have netted at least two goals. Fourteen Predators have tallied at least once and eight of them have scored at least twice. Where these teams differ is on the back end. Nashville has two of the top three scorers among defensemen (Ryan Ellis, Roman Josi) and it's three of the top seven when you add in P.K. Subban. That trio has combined for 24 points. Anaheim has 27 points from its entire defensive corps.

Another area where there is a discrepancy, a key one that the Predators can exploit, is on special teams. Nasvhille owns the best road power play in the playoffs, clicking at an astonishing 40 percent success rate (four for 10). Anaheim is a dismal 14th in home penalty killing at 71.4 percent (six goals allowed in 21 opportunities). Only Edmonton (24) was shorthanded more times than the Ducks at home through the first two rounds of the playoffs.

Anaheim has been shorthanded 42 times in the playoffs, compared to 24 trips to the sin bin for the Preds, so you know Nashville will get its chances with the man advantage.

BetOnline updated its Stanley Cup futures book on the eve of this series and they like the Ducks at +275 to come out of the West, slightly ahead of the Predators at +300.