How To Bet On McGregor Vs Diaz Fight

July 9th sees one of the most aniticipated rematches in UFC history go down. We have Diaz vs McGregor II and want to show you where and what you should be betting on this fight.

The table below shows all of the best sports books online to bet on the UFC 200 main event. Each of these offer great prices and amazing bonuses for new and existing customers, so get signed up and read on for some picks that are sure to help fill your pockets.

McGregor Diaz Tale Of The Tape

In the first matchup between the two, Nate Diaz (19-10) showed his unbelievable toughness. He went back to his corner at the end of round one battered and bruised, but at the same time very happy with himself because McGregor (19-3) had given everything had and it wasn't good enough. We all know what happened next.

Nate came out firing in round 2, rocked Conor early and then dropped him to the canvas with some big shots and finished the fight by submission.

Conor has an amazing record with 19 wins, 17 of those are from KO/TKO, but at the same time these highlights show that Conor is too reliant on his boxing and punching power, which is way less of a factor when you jump up two weight classes.

We see from Nate's record that he has won by KO/TKO four times, by decision three times and by submission 12 times. This shows he has the stamina and toughness to go all the way in a grueling fight. It also shows he has the power to finish opponents (he could have easily finished Conor if he had not decided to go for the submission) and it shows he has the technical ability make his opponents submit by using his elite level grappling skills.

When you look at it this way, was it really that much of a shock that Diaz beat McGregor? Not really. He even did it on about a week's notice with no training camp whatsoever.

So, if they fight, what's the Bet?

With Nate having a full training camp to prepare and the fight still being two weight classes above the Irishman's normal fighting weight, we see nothing other than a Diaz win.We don't think there's anything Conor can do between his last fight and July the 9th to overcome Nate's toughness, well-rounded game and ability to take shots and endure punishment.

The key for Diaz is not to get ahead of himself. He remained very calm for most of the build up to the last fight, let the champ do all the trash talking, which is very unlike the TUF season 5 winner and it all went perfectly for him. 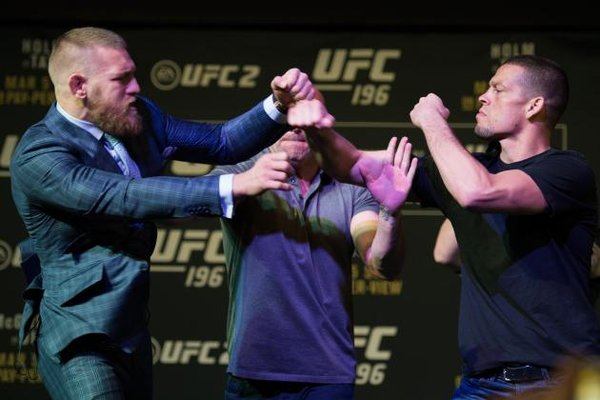 We hope to see Nate utilize his boxing in the early stages and move the fight to the ground as soon as possible. Once on the ground, Conor is in a lot of trouble and Nate should easily be able to put himself in a position to finish the fight by submission.