Game 2 A Must Win For Ducks

It's now o never for the Ducks

It's only Game 2 of the Western Conference final but already it has a win or be doomed feeling for the Anaheim Ducks. They can't afford to go Bridgestone Arena, where the Nashville Predators are a perfect 5-0 in the playoffs, down 2-0 in this set. Can the Ducks get the job done? We analyze the data, based on odds offered by Betonline.ag: 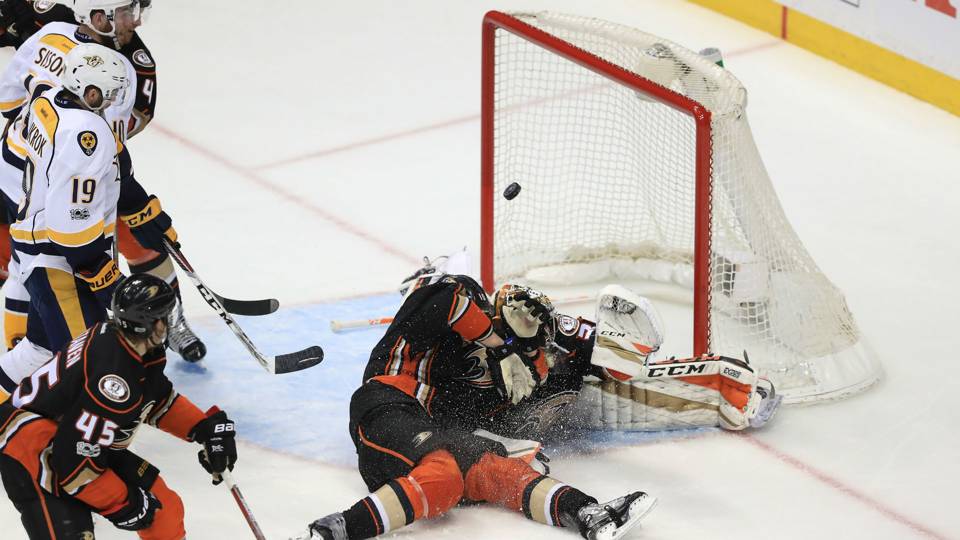 The Ducks slayed one demon when they ended a four-game losing streak in Game 7 scenarios by beating Edmonton to get to the Western Conference final but then then they started against the Nashville Predators the way they did versus the Oilers, by losing Game 1 at home.

That makes the Ducks zero for three when it comes to opening playoff series at home against the Predators. The also dropped the series opener on home ice in 2011 and again last spring, when they fell to Nashville in seven games. This one, though, brings with it more of a sense of impending doom than the other setbacks did.

Overall, Nashville has won nine in a row at home in postseason play, extending back to Game 6 of last year's series with the Ducks. This spring, the Predators have outscored opponents 15-6 at Bridgestone Arena. 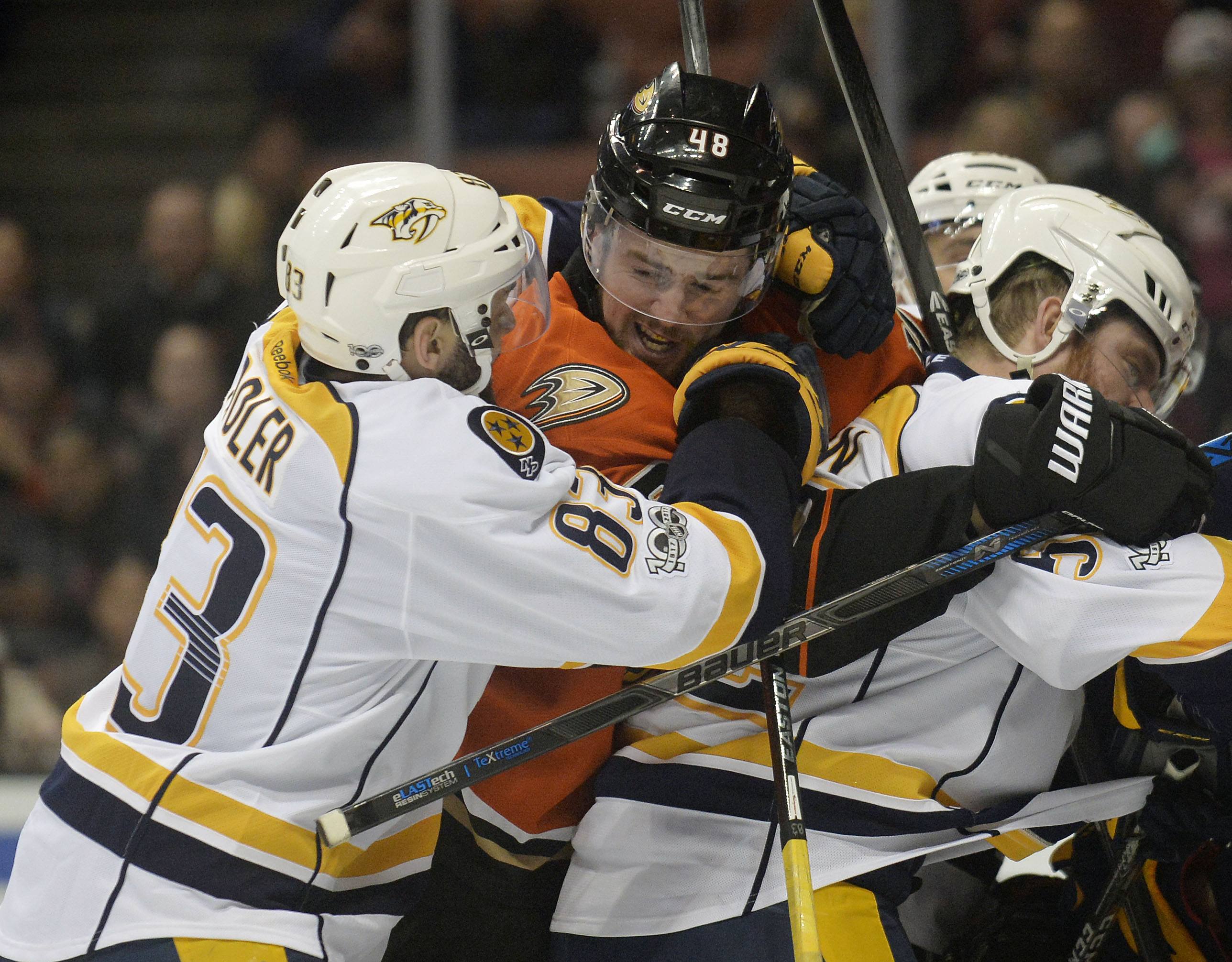 You can suggest that the law of averages will catch up to the Predators but it you're the Ducks, do you want to take that chance? The last thing Anaheim desires to be left facing is winning twice in a rink where the home team has yet to lose.

One plus for the Ducks in Game 1 was that their maligned penalty kill, languishing at 69 percent, successfuly defended five Nashville power plays, including a five-one-three scenario. Jakob Silfverberg scored his eighth goal of the playoffs but captain Ryan Getzlaf was held off the scoring sheet for the second successive game and Corey Perry's four-game point streak ground to a halt.

Whether or not Nashville wins Game 2, the Predators are going to be a great play in a puckline wager.

A bet on the Preds at +1.5 means they just need to lose by less than two goals and you cash at odds of -310. Why is it such a solid wager? Well, they are 5-2 in one-goal games, meaning both of their playoff defeats were by one goal.

Eight of Anaheim's games in these playoffs were also one-goal verdicts, and 43 of 69 games in the playoffs have been decided by a solitary goal.