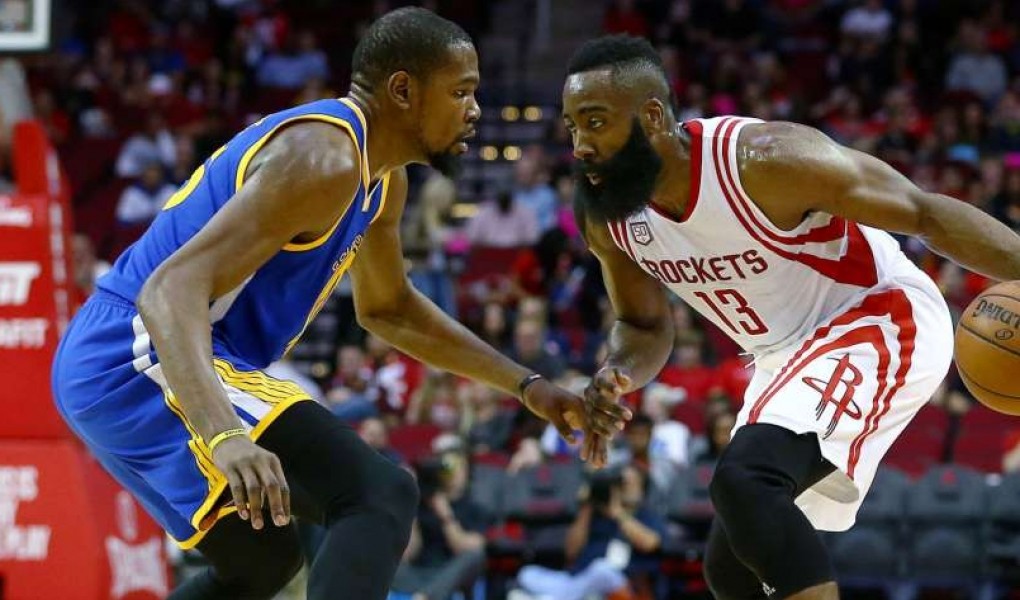 Most are inclined to pencil in the Golden State Warriors for a third straight NBA title and fourth championship in five years. Oddsmakers are included in this bunch. But after our intensive breakdown of the championship field, you’ll see that there are other options available—particularly some high-value sleepers to keep your eye on.

In this breakdown, we’ll cover all of the following:

Please note that all 2018-19 NBA title odds come via TopBet and are accurate as of Friday, September 7 unless otherwise cited. Be sure to double-check them before placing a wager, as they will shift over the course of the season.

These are the teams currently receiving the most acclaim from both the oddsmakers and bettors. You’ll definitely want them on your radar as you consider betting on NBA futures.

Zero surprises here. This is the most expensive price the Warriors have laid in advance of the regular season during their current reign over the rest of the league, and they’ve earned it.

Sure, the Western Conference remains a general bloodbath. But the Warriors’ most imminent threats from last season have been somewhat neutralized—mainly the Cleveland Cavaliers, who lost LeBron James, and the Houston Rockets, who bid farewell to two of their most valuable defenders. Toss in the addition of All-NBA, albeit injured, center DeMarcus Cousins, and it’s tough to imagine anyone having the inside track to beat Golden State now.

A new second-favorite has arrived in the Boston Celtics. They’ve earned the nod. They made it all the way to the Eastern Conference Finals last year without Kyrie Irving or Gordon Hayward, both of whom are expected to be healthy to start the season.

Cake in improvement from youngsters Jaylen Brown, Jayson Tatum and Terry Rozier, along with the ever-steady play of Al Horford, and this is a team that could, if they try, flirt with a top-five offense, top-five defense and 60 regular-season wins.

Invest in the Rockets at your own risk. They should still be a really good team, but they’ve lost some of their appeal in the championship conversation.

Remember, in this conversation, you need to be asking yourself: Which teams have the best shot at making it out of their respective conference and into the NBA Finals? For the Rockets, they need to beat the Warriors just to reach the championship round. That was hard to begin with, but following the losses of Mbah a Moute and Ariza, two of their switchiest defenders, and the addition of a defensive liability like Carmelo Anthony, they no longer look like they’re built to do damage at the highest level.

So, um, yeah…do not trust this Los Angeles Lakers line. They have to be here, because sportsbooks are treating them as favorites, but they’re not actually worthy.

Signing LeBron James is a big deal. It would not be a shock if they end up winning 50 games and putting up a worthwhile playoff fight. But the crux of their core around LeBron is either too young or ill-fitting. They don’t have enough shooting, their center rotation is whack, and there’s a chance they’re terrible on the defensive end.

Step back, and you’ll see the Lakers might not even be a top-four team in their own conference. That’s ultimately a problem. Wait for their price to drop down even further before buying vast amounts of stock.

The Toronto Raptors swung for the fences by trading for Kawhi Leonard. And if he’s healthy, it’s going to pay off. Between him, Danny Green, Kyle Lowry, Pascal Siakam, Delon Wright, Norman Powell and OG Anunoby, they could field the switchiest defense in basketball.

In fact, if you rank the teams that match up best with the reigning champion Warriors, only the Celtics’ really rival the Raptors’ stylistic appeal.

One thing to keep an eye on: The trade deadline. If Leonard makes it clear he’s not coming back in free agency, the Raptors could elect to move him rather than lose him for nothing over the summer. That, in turn, would significantly damage their title odds.

Although these teams are longer shots to win the NBA title, you should definitely be tracking their progress. If a few things go their way, they could wind up in the upper echelon of this discussion.

Some will rush to include the Philadelphia 76ers in the favorite department. Make sure you’re not one of them.

The Sixers are around one star and some role players short of hanging with the big-big boys. They don’t have enough shooting or playmaking on their bench at the moment. Markelle Fultz’s development looms large for them if they want to make a leap.

Trading Carmelo Anthony amounts to addition by subtraction for the Oklahoma City Thunder. The offensive pecking order has been simplified, and they’re locks to deploy one of the league’s most terrifying defenses.

Spacing is the biggest concern with this team. The Thunder dont have many shooters beyond Paul George and Alex Abrines, and the integration of Dennis Schroder alongside Russell Westbrook figures to hamstring their balance even further.

No team posted a better point differential per 100 possessions after last season’s All-Star break than the Utah Jazz. And now they’re healthier. Think of the possibilities.

Someone other than Donovan Mitchell needs to provide off-the-bounce shot-making, otherwise the Jazz will be poorly matched with more explosive teams. But if they get some extra jump-shot juice from Dante Exum or even Grayson Allen, they could close 2018-19 as one of the NBA’s top five squads.