Nadal has captured all of his French Open titles since 2005, meaning he’s won 11 of the past 14 tournaments. On the ATP Tour, he’s won at least one tournament every year since 2004 and that 16-year streak is the longest in tennis history. He comes into Roland-Garros off his first win of the 2019 season, a three-set victory over world No. 1 Novak Djokovic in the Italian Open final. The victory including a 6-0 first-set win by Nadal, the first time in 142 sets between the world’s top two players that either hung a bagel on the other.

That was Nadal’s first since last summer’s Rogers Cup in Toronto and his first win in four tournaments on clay. He’d lost in the semifinals at Monte Carlo, Barcelona and Madrid prior to his victory in Italy. But that performance only served to fortify the faith the oddsmakers hold in Nadal. Bovada lists him as the +105 chalk in the sportsbook’s 2019 French Open odds. 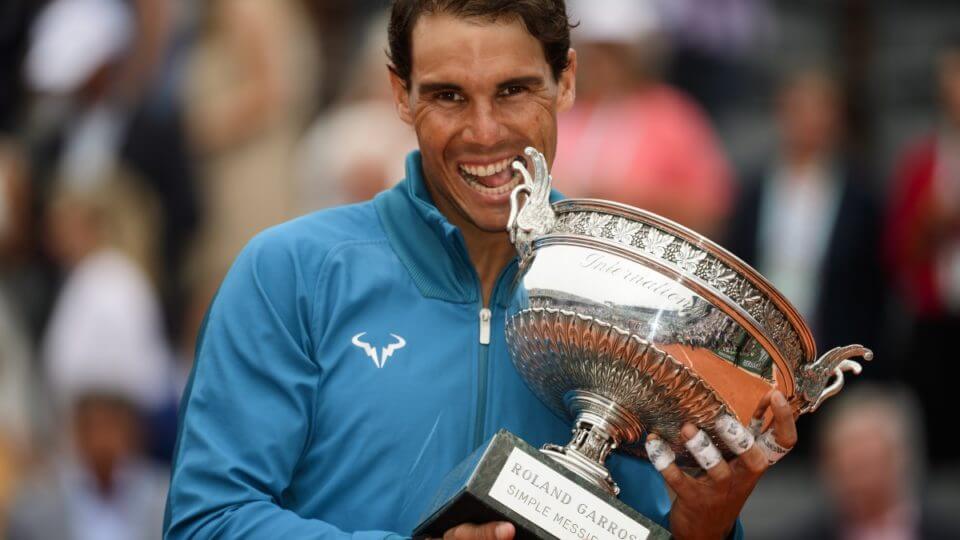 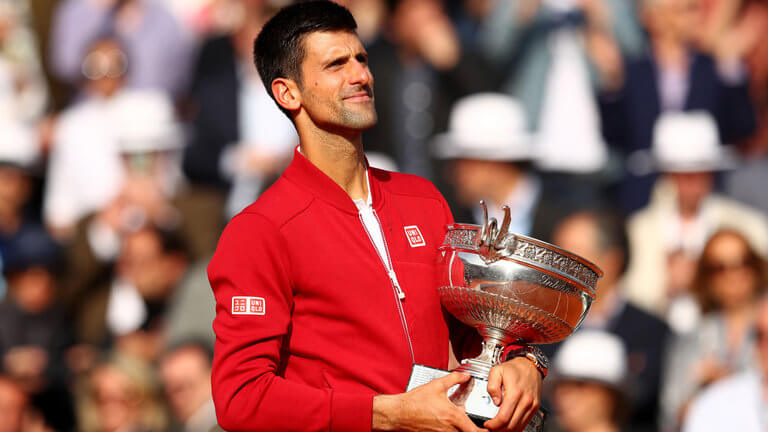 Djokovic (+225) is the world’s top-ranked player and even with his loss to Nadal in the final in Italy, he’s still going to be a top contender in the French Open Betting Odds. He holds a 28-26 edge in 54 career matches against Nadal, although Nadal is ahead 17-7 on clay, including a three-match winning streak on the surface.

Currently the reigning champion in three-fourths of the tennis Grand Slam - the US Open, Australian Open and Wimbledon - Djokovic arrived at Roland-Garros in 2016 also holding all three of those titles. He won his only French Open that year, beating Andy Murray 3–6, 6–1, 6–2, 6–4 in the final.

Another contender to watch in the French Open Odds is Dominic Thiem (+550). The Austrian has lost to Nadal in the past two French Opens – in last year’s final and in the 2017 semifinals. But he beat Nadal in the semifinals this year at Madrid. Even though Nadal holds a 7-4 career advantage over Thiem on clay, Thiem has won two of the last three and they’ve split the past six matches.

Rising Greek star Stefanos Tsitsipas (+1600) also got the better on Nadal on the clay courts at Barcelona. But Nadal avenged that setback with a straight-set win in the semfinals of the Italian Open. 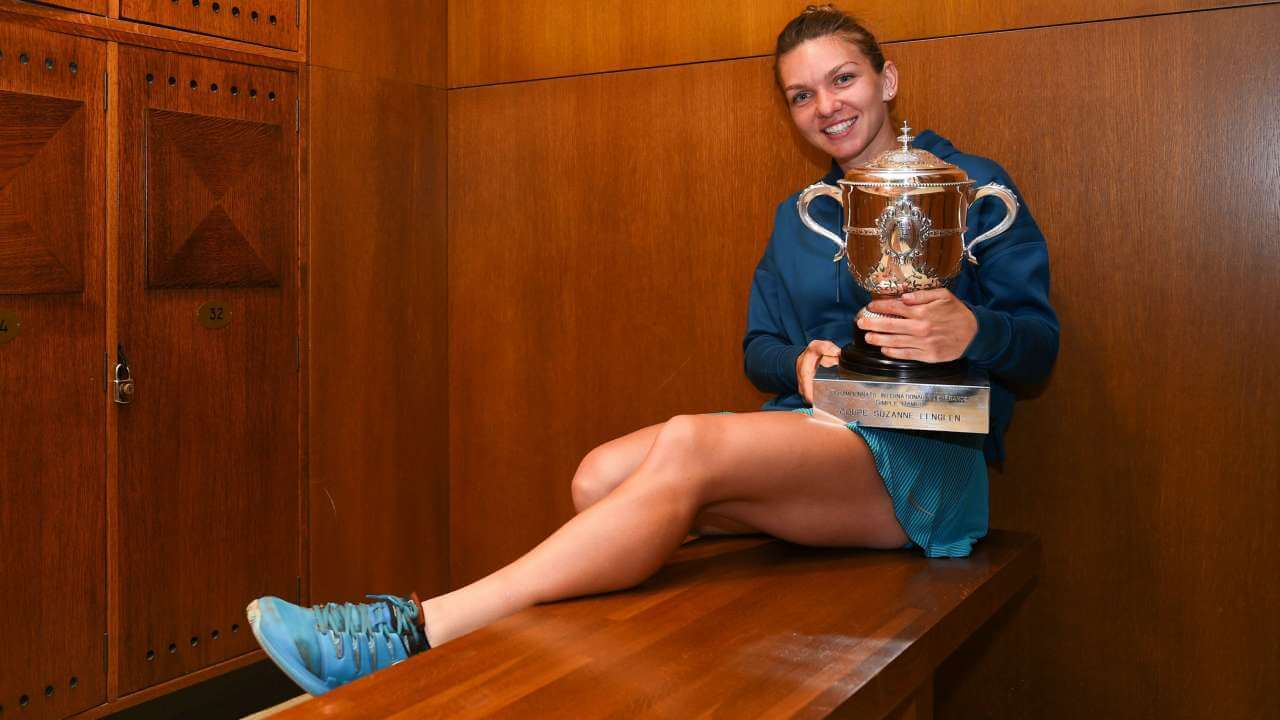 Romania’s Simona Halep (+400) is the defending French Open women’s singles champion and Bovada lists her as the Roland-Garros Odds Women’s favorite. Halep lost in the 2017 final and has appeared in three finals at Roland-Garros since 2014.

It’s been a wide-open season on the WTA Tour, with 22 different players already claiming tournament titles since January. Only Kim Bertens (+800), Petra Kvitova (+1200) and Karolina Pliskova (+1200) have claimed multiple victories this season, each with two tournament crowns. None of those three players have ever played in a French Open final and last year, not one of this trio reached the quarterfinals. Each has won a tournament on a clay court this season, however.

American Sloane Stephens (+1100) reached the French Open final last year and is another strong player on the clay surface. Two-time French Open winner Serena Williams (+1200) is ranked No. 10 in the world. She’s played just three tournaments this year, none on clay, and hasn’t reached the quarterfinals since the Australian Open.

Spain’s Garbine Muguruza (+1200) won the 2016 French Open title, beating Williams in the final. She lost in the semifinals last year to eventual champion Halep. Muguruza has dropped to No. 19 in the world rankings. She was No. 1 in the world as recently as 2017. 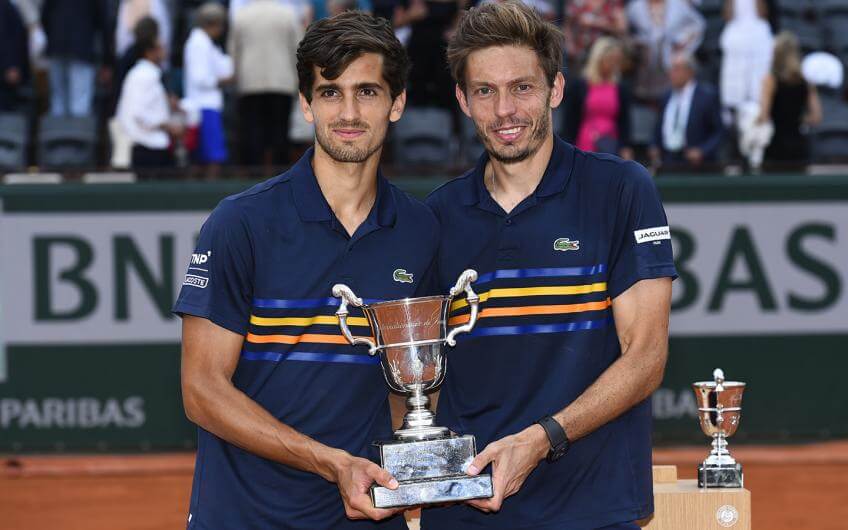 The pair of Pierre-Hugues Herbert and Nicolas Mahut brought the French Open men’s doubles title home to France last year for the first time since 2014 when they defeated Australian Open champions Oliver Marach and Mate Pavic in the final. The French pair is currently third in the world in ATP doubles standings for 2019.

They trail the second-place team of Americans Bob and Mike Bryan, who won the French Open title in 2013 and lost in the final in 2015 and 2016. Leading the rankings are the Colombian tandem of Juan Sebastian Cabel and Robert Farah. They’ll bring hot racquets and solid French Open odds into Roland-Garros with recent tournament wins on clay at the Italian Open and in Barcelona.

In mixed doubles, keep an eye on Canada’s Gabriela Dabrowski. She won the 2017 French Open title paired with Rohan Bopanna and last year, lost in the final teamed up with Pavic. In fact, three of the last five mixed doubles finals at Roland-Garros have included a Canadian player.