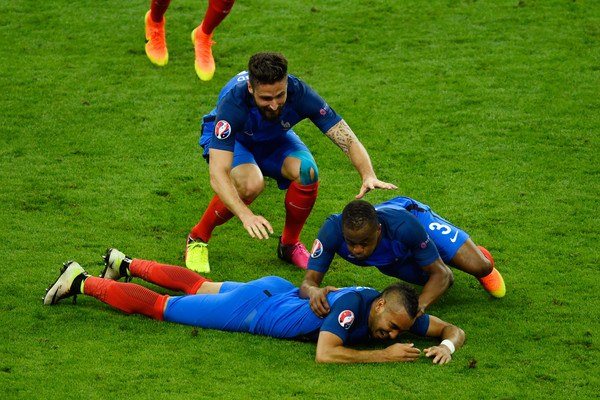 Tournament hosts France have performed pretty well throughout the competition thus far. They head into the quarter finals unbeaten with three wins and a draw and showed in the round of 16 that they could get through some adversity.

The Irish went ahead within minutes after scoring an early penalty, but the French plugged away and scored two goals to advance.

Iceland have been big underdogs throughout the tournament. It is truly remarkable that a nation with a population of just over 300,000 have made it to the quarter finals of a major tournament at the first time of asking.

Gylfi Sigurdsson is their showcase player, but the team's togetherness, camaraderie and willingness to fight are Iceland's biggest assets. Still yet to lose a game in the Euro's, France would be silly to underestimate this Iceland team.

France have a few problems heading into the game. Adil Rami and N'Golo Kante picked up suspensions in the last 16 game against the Republic of Ireland and Lauren Koscielny along with Olivier Giroud head into the game one booking away from missing a potential semi final.

Eliaquim Mangala is currently favourite to slip into defence as a replacement from Rami and the midfield will likely see Moussa Sissoko or Yohan Cabaye as a replacement for Kante, which can only be good news from Iceland's point of view.

Iceland have nine players on cards at the moment, but this is unlikely to affect their team selection. They are taking every game as it comes and I fully expect to see the same 11 that faced off against England on Monday night.

France are far superior to Iceland on paper and will find a way to get the job done. Iceland will once again try and stay in the game as long as possible and take advantage of set pieces. As short as it is there is value in backing France to win, but I feel the best bet here is the spread. France -1 is currently priced at -140 and that is where the best returns lie.