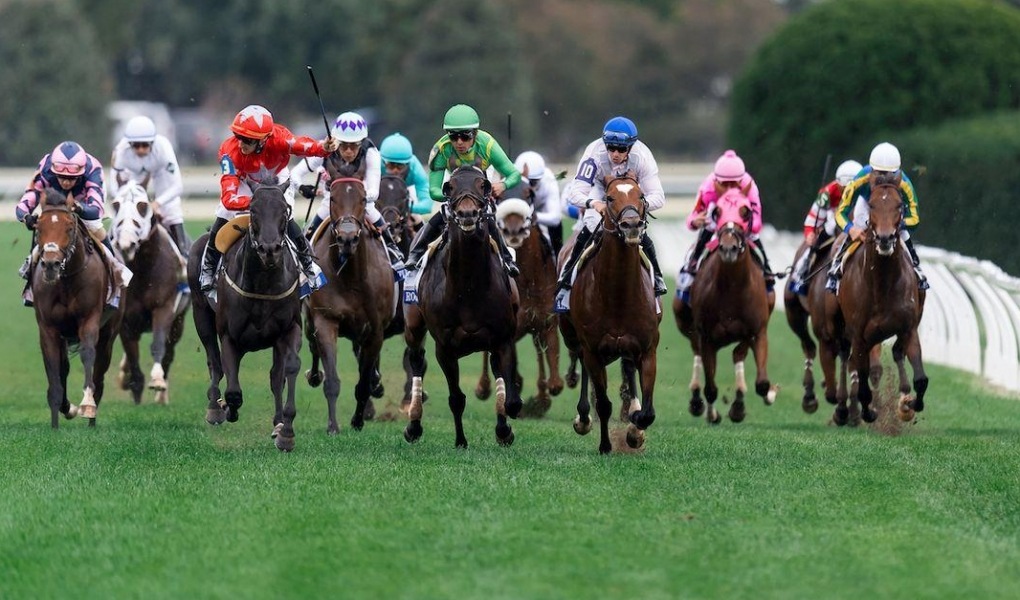 As is often the case with turf racing, the First Lady has drawn an international field representing six different countries, although only one of those is making her North America racing debut.

Leading the parade to the gate as the morning line favorite at odds of 2-1 is UK-bred Quidura, who took an instantly liking to this side of the Atlantic when she arrived back in 2016 and promptly won her first two starts.

Following that she was in the money four more times in 2017 with one win before running a disappointing sixth in the EP Taylor Stakes at Woodbine in Toronto, where she likely found the 1 1/4 miles a bit further than she wanted to go. She’s been lightly raced since then with just two starts in 2018, winning the (G2) Ballston Spa Stakes in late August.

She should be primed and ready for this race, and with loads of early speed she’s especially dangerous at the one-mile distance.

Another foreign-bred mare who has found success racing in North America is A Raving Beauty (3-1 ML odds) who came over from her native Germany for 2018 and also captured her first two starts in the United States, the second of those at the Grade 1 level.

Since then she’s been winless in two, including runnig fourth in the Balston Spa as the post time favorite. She need to regain her early season form if she wants to book her ticket to the Breeders’ Cup, and it will be interesting to see how she handles the fast early pace.

The one mare in the field without North American racing experience is another UK bred named Crown Walk, tipped by the oddsmakers at 4-1 in the morning line. She has a very impressive record in Europe, with three wins and three runner up finishes in seven starts, the last three of those at the very top level in France.

While it’s always a risky choice to pick a horse making its first start in North America, there’s enough to like about Crown Walk’s races overseas to see her as an upset possibility.

Hard-Trying Argentina Mare Is A Contender

With 11 wins in 17 lifetime starts, you can never count out Argentina-bred Dona Bruja, listed in the ML at 6-1. She’s a multiple stakes winner at the Grade 3 level in the US, but has looked overmatched in Grade 1 races.

You can bet the full card at Keeneland on Saturday and throughout the October meet with an account at MyBookie or another of these recommended online racebooks.