Do you agree that these FIFA 18 players are overrated?

EA Sports uses its extensive scouting and research teams to rank and rate players from around the world. There are dozens of statistics such as a player’s pace, passing ability, shooting, dozens of factors that EA Sports rate from 1-99 and the more points they have, the higher the player’s overall rating. While EA Sports generally get these ratings correct, there are some players who seem vastly overrated considering how ratings are affected by how the player played in real life during the previous and current seasons. Here is a selection of the most overrated FIFA 18 players. 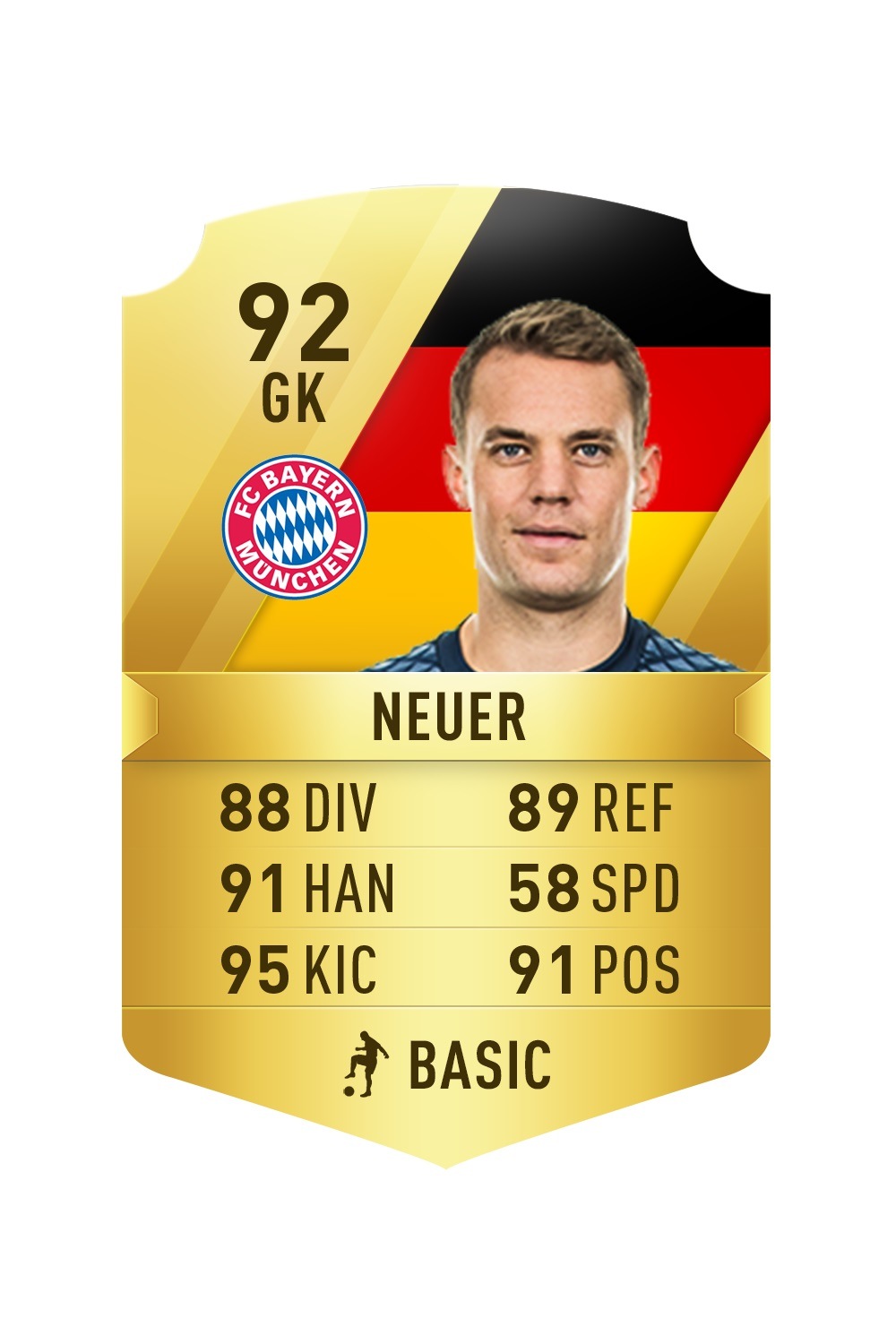 Manuel Neuer was regarded as the best goalkeeper in the world, which is why he is rated at 92 in FIFA 18. The German international sweeper-keeper has 91 for diving, 95 for kicking, 90 for handling, 89 for reflexes and 91 for positioning.

All but one of these stats are superior of those belonging to Manchester United’s David De Gea who is arguably the better goalkeeper now that an increasing number of errors seem to be creeping into Neuer’s game. Some may argue that the likes of Thibaut Courtois and Jan Oblak are ahead of Neuer these days; EA Sports do not agree. 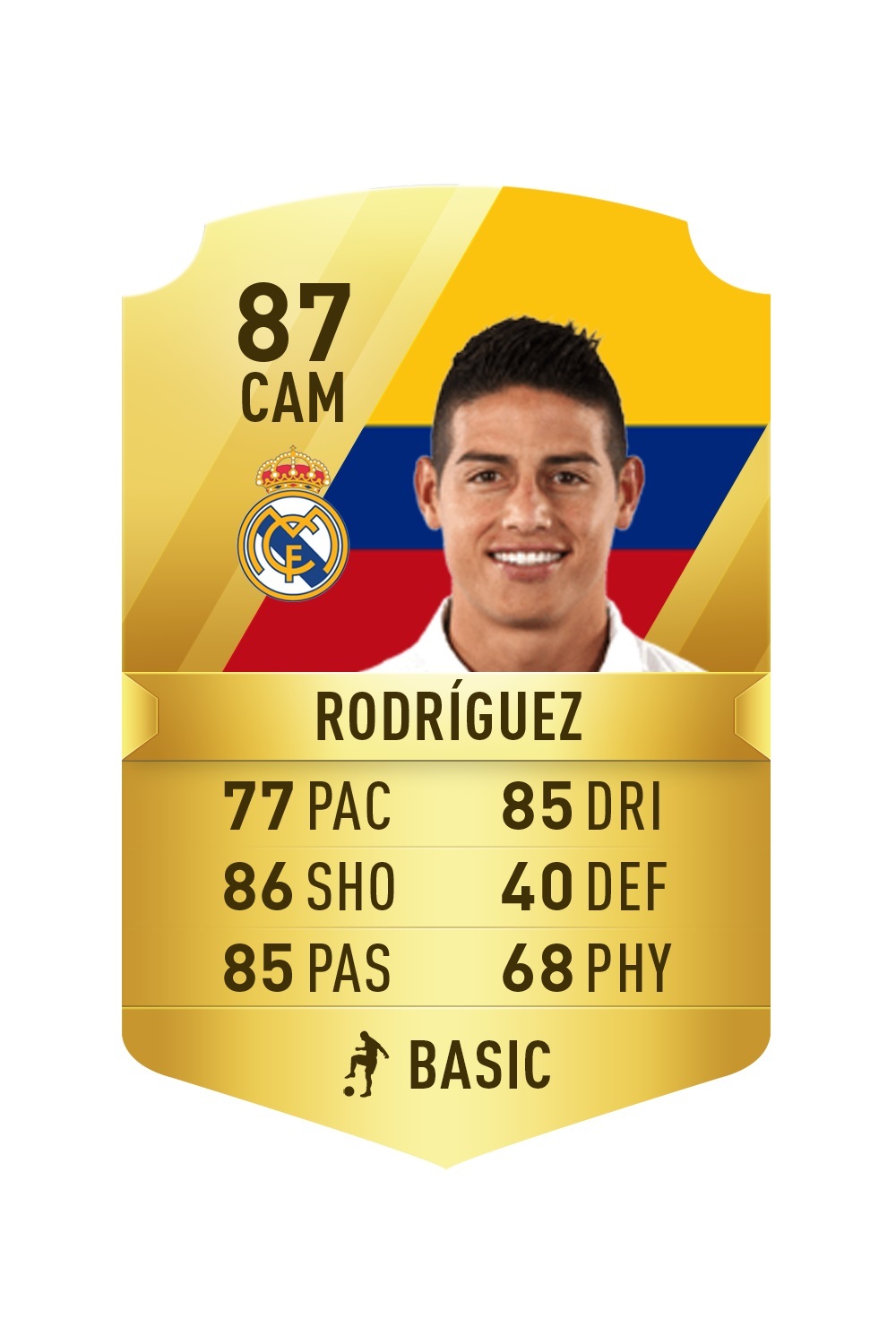 James Rodriguez fell out of favor with Real Madrid manager Zinedine Zidane after a lacklustre season and was promptly loaned to Bayern Munich for the next two seasons. The central attacking midfielder has lost one point from last season’s 87, but he is still vastly overrated.

Rodriguez’s high rating seems to stem from him being the top scorer at the 2014 World Cup where he scored six goals for Columbia. Since that season, Rodriguez has failed to live up to the hype and his career needs reigniting if he is to justify his inflated FIFA 18 rating. 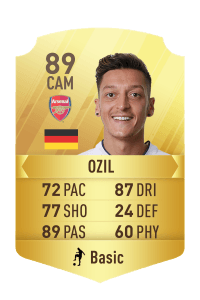 Mesut Ozil is one of the most gifted midfield players of his generation, one who is capable of unlocking even the tightest of defenses with a superb pinpoint pass, yet his commitment has been questioned in recent times, particularly last season when he and his Arsenal team mates were massively below-par.

Ozil has an 88 rating, putting him up there with the very best players in the world, this despite having a defensive rating of only 24 and 58 physicality, the latter making Ozil very easy to knock off the ball and rendering him a poor choice for the majority of FIFA 18’s players. 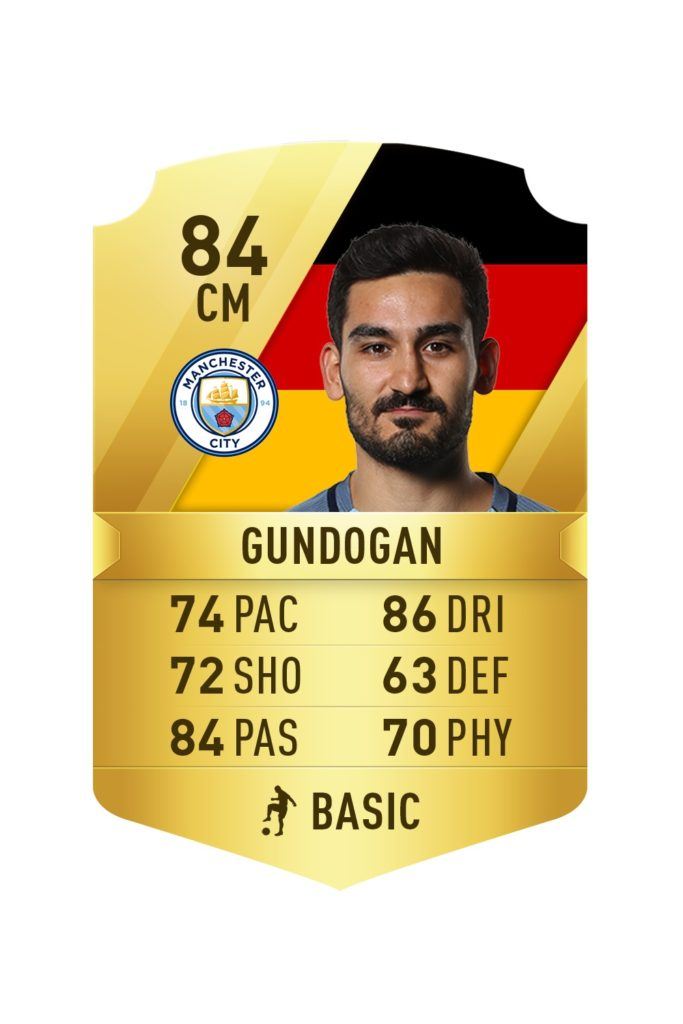 Manchester City’s Ilkay Gundogan boasts of an 85 rating despite hardly kicking a ball last season after a career-threatening injury. While it is true that Gundogan has bags of talent, the fact he has been given 87 dribbling and 83 passing seems strange because the German spent the vast majority of last season in the treatment room.

EA Sports would have been better giving Gundogan a lower rating for the start of the season and they boosting it later in the campaign once he proves he can get back to his brilliant best. 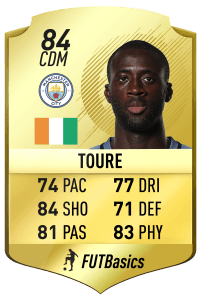 The Ivory Coast’s Yaya Toure somehow managed to obtain an 83 rating, which ranks him alongside Roberto Firmino (Liverpool) and Riyad Mahrez (Leicester), which puts this into some context.

Toure was an 84 last season but the 83 this campaign seems massively overrated when you consider Toure no longer bulldozes his way through defenses and is hardly getting any game time in real life.