Ducks Are Dominant In Game 5

The Preds are destined to return the favor

You want to talk about a swing game?

When teams are tied 2-2 in a best-of-seven set in the Stanley Cup playoffs, the winner of Game 5 holds an all-time series record of 198-54, including a 5-0 mark this postseason. And the Anaheim Ducks are just about unbeatable at home in Game 5 of a playoff series, with one caveat. Read on to find out why this Game 5 could prove different for them, with all odds provided by BetOnline.ag: 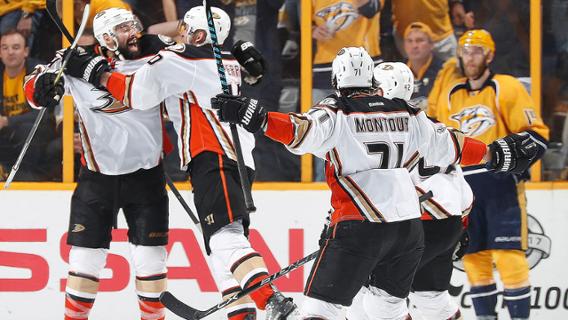 Somebody other than the Predators finally won a playoff game at Bridgestone Arena. When the Ducks posted their 3-2 overtime verdict in Game 4 of the Western Conference final, they snapped a 10-game home-ice winning streak for the Preds in postseason play.

Nashville's previous loss? A 4-1 defeat at the hands of the Ducks in Game 4 of last spring's first-round playoff series between the two teams.

Now that the action reverts back to the Honda Center, we get to talk about another seemingly endless winning streak, the success story of the Ducks on home ice in Game 5 of a playoff series. Anaheim has won seven in a row in that category, and you've got to go all the way back to 2011 source the last Ducks home ice loss in Game 5.

And the winner of that game was . . . you guessed it; the Predators, who posted a 4-3 overtime verdict over the Ducks in Game 5 of their first-round series on April 22, 2011.

Scoring his third overtime winner of this spring's playoffs, Anaheim forward Corey Perry etched his name in the Stanley Cup record book when it comes to clutch scoring. Perry matched the NHL record for most overtime goals in a single postseason, a mark set by Mel Hill with Boston in 1939, a mark matched by Montreal's Maurice Richard in 1951.

In Game 4, Anaheim surrendered a 2-0 lead in the final 6:27 of regulation – including a game-tying goal with 34.5 seconds remaining in the third period.

Nashville will go the rest of the way without leading scorer Ryan Johansen, who underwent thigh surgeyr for an injury suffered in Game 4. Predators forward Filip Forsberg has scored in each of the first four games of the Western Conference Final, joining Chicago's Dustin Byfuglien (2010) as the only players in the past 25 years to accomplish that feat. With seven goals in the playoffs, Forsberg matched the franchise record for most in a single postseason, a mark set by Joel Ward in 2011. 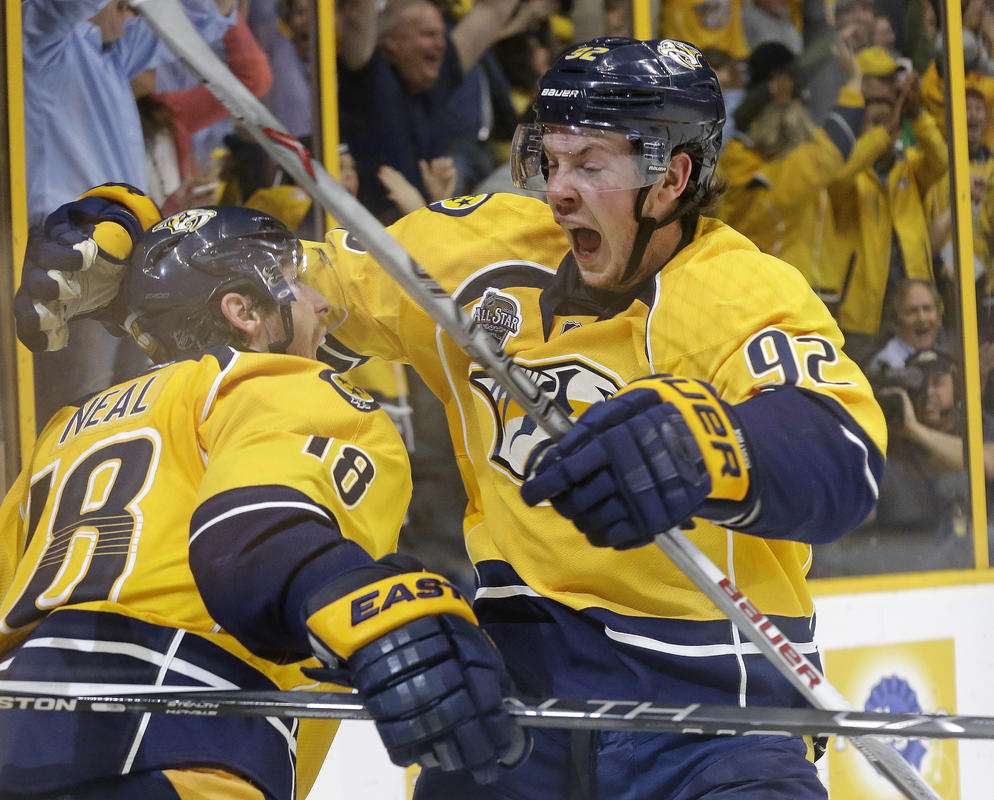 BetOnline has moved the Ducks to second choice in their Stanley Cup future line at +260, while the Predators and Ottawa Senators are both set at +300 to win it all. The defending champion Pittsburgh Penguins (+250) remain the chalk.