One of the best things about the arrival of Christmas is that it truly ignites the bowl season. You can dream about sugar plum fairies, but we choose instead to envision bowl game match-ups, and traditional clashes such as the Orange Bowl and Cotton Bowl, games with as rich a legacy and tradition as college football itself. The weather outside might be frightful, but the wagering options on these and other bowl games have us fired up.

Let's check out the Bovada odds offered on these upcoming tilts.

Utah (-250) vs. West Virginia (+210) - Even though they finished 6-6, the Utes proved to be a tough opponent all season long. Against top 25 teams, the lost by a point to USC, three points to Stanford and Washington and by six points against Washington State. By comparison, the Mountaineers fell by seven points to TCU and Virginia Tech, by 11 to Oklahoma State and by 28 versus Oklahoma. Take the Utes to win a close, high-scoring game, but play the Mountaineers to beat the spread.

Duke (-220) vs. Northern Illinois (+180) - Wait, what? Duke has a football team? Yes they do, and this season, the gridiron version of the Blue Devils is quite good. Competing in the rugged ACC, Duke went 6-6, including a signature 41-20 drubbing of No. 20 Northwestern in non-conference play. The Duke offense scored 30 points in five games, twice topping 40 and put 60 points up against North Carolina Central. The 8-4 Huskies own the 12th-best rushing defense in the nation (2.84 yards per carry). 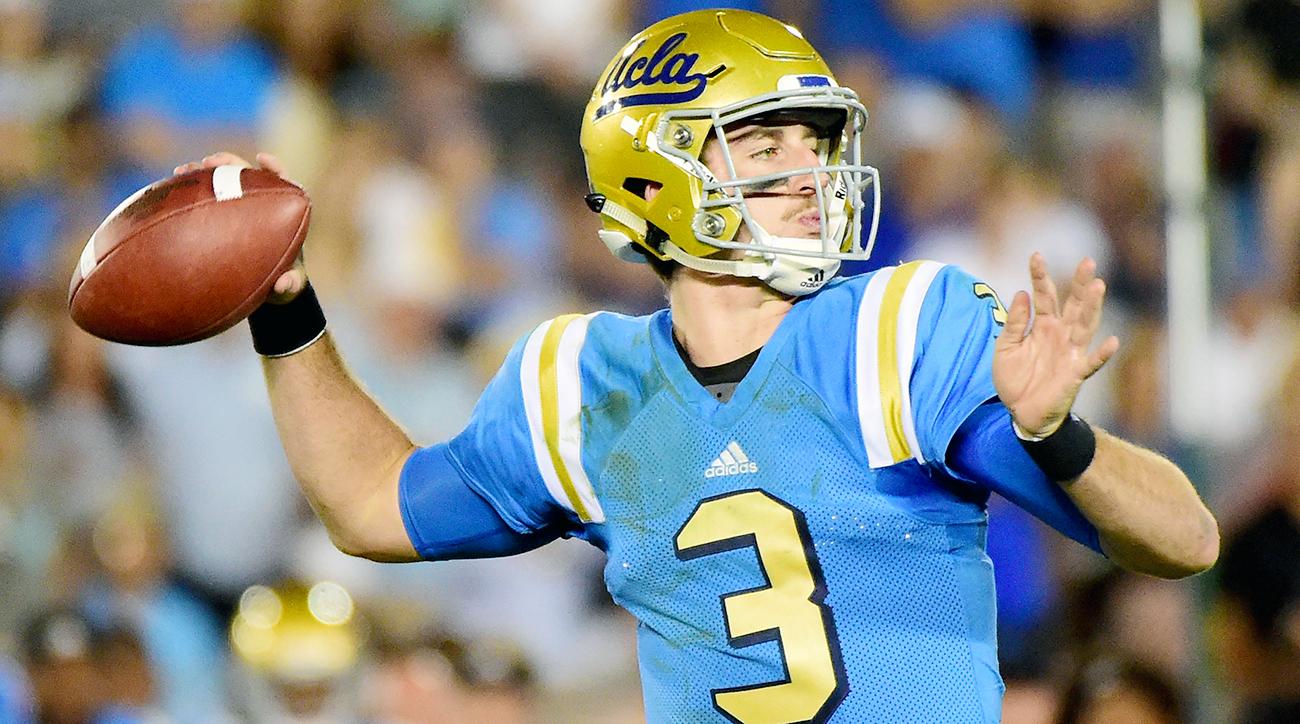 Kansas State (-140) vs. UCLA (+120) - The 6-6 Bruins eked out a 30-27 win over Cal in their regular-season finale to become bowl eligible. The Bruins will also be under the tutelage of interim coach Jedd Fisch as they await the dawning of the Chip Kelly era next season, but they do suit up the best player in this game in QB Josh Rosen, 12th in the nation in passing yardage. The Wildcats stayed within a TD of Oklahoma and Heisman winner Baker Mayfield, and beat No. 17 Oklahoma State and Mason Rudolph.

Southern Mississippi (+500) vs. Florida State (-800) - Another team going through a coaching change, the Seminoles will play their final game under interim coach Odell Haggins. After a 2-5 start, the Seminoles finished 4-1. Their only loss in that span was to No. 1 Clemson, and they come into this game riding a three-game winning streak during which they've averaged 52.3 points per game. The 8-4 Golden Eagles have also won three straight and averaged 45.6 points per game in those wins.

Boston College (+120) vs. Iowa (-140) - With their 7-5 record in the Big Ten and decisive 55-24 drubbing of Ohio State, the Hawkeyes are the chalk here, but that is somewhat misleading. Iowa was just a pedestrian 2-3 on the road and went 1-4 against top 25 teams. And on top of that, the Hawkeyes have lost five straight bowl games by an average margin of 19.4 points. The Golden Eagles have won five of their last six games.

Purdue (+140) vs. Arizona (-160) - Playing in their first bowl game since 2012, by the end of this game, you can bet that the Boilermakers' defense will be boiling over with frustration from their inability to thwart Wildcats quarter Khalil Tate. A double threat, Tate passed for nine TDS and ran for 12 more. Arizona was 5-1 when Tate rushed for 100 yards. Twice he topped 200 and against Colorado, Tate had 14 carries for 327 yards, a 23.4 yards per carry average.

Missouri (-140) vs.  Texas (+120) - Logically, you'd suspect that playing a bowl game in their home state would work to the advantage of the Longhorns. But the very good Texas defense is banged up - linebacker Malik Jefferson is doubtful - and that will offer just enough of an edge to the Tigers and quarterback Drew Lock. Lock led the nation with 43 touchdown passes, and was 13th in the nation in passing yardage (3,695), averaging an impressive 9.6 yards per completion.

Navy (-120) vs. Virginia (even) - Navy rates No. 2 in the nation in rushing offense, averaging 343 yards per game on the ground. Quarterback Zach Abey (120.4) and running back Malcolm Perry (97) both have gained nearly 100 yards per game and sit among the top 40 in NCAA rushing. The Cavaliers were 82nd in the nation at defending the run, allowing 4.45 yards per carry. In their previous taste of a triple option offense against Georgia Tech, Virginia permitted 220 yards on the ground and 36 points on the scoreboard. 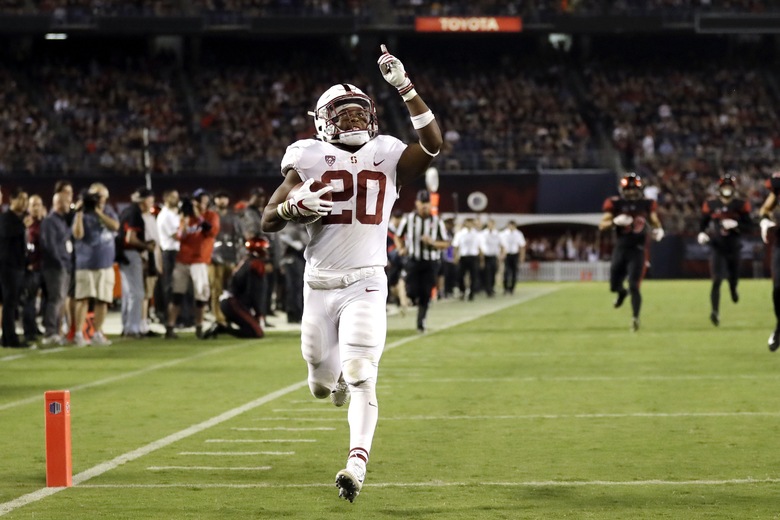 Washington State (-115) vs. Michigan State (-105) - This could be billed the Forrest Gump box of chocolates bowl game, because with these two teams, you never know what you're going to get. The No. 18 Spartans beat No. 9 Penn State, but lost by 20 to Notre Dame and by 45 to Ohio State. The No. 21 Cougars beat No. 8 USC and No. 15 Stanford, but fell 41-14 against No. 12 Washington. But in QB Luke Falk, Washington State suits up the most talented player on the field, and that should give the Cougars the edge.

Wake Forest (-150) vs. Texas A&M (+130) - What type of mood will the Aggies be in when they arrive on the field? Coach Kevin Sumlin was fired and they are a team in transition, likely wondering what the long-term future holds, so will they be able to focus on the immediate future? The Demon Deacons come in on solid footing. They played No. 1 Clemson tough (28-14 loss) and put 64 points on Syracuse, the only team to beat Clemson. John Woolford (25 TDs, six interceptions) is an efficient QB.

North Carolina State (-250) vs. Arizona State (+210) - The No. 24 Wolfpack were an impressive 6-2 in the rugged ACC, and are tied for 28th in the nation in overall defense (233.2 yards per game). Defensive end Bradley Chubb shares eighth spot in the country with 10 sacks. QB Ryan Finley passed for over 3,000 yards, RB Nyheim Himes has rushed for more than 1,000 yards and WR Kelvin Harmon needs seven yards to get to 1,000. The Sun Devils will be playing their final game for fired coach Todd Graham. 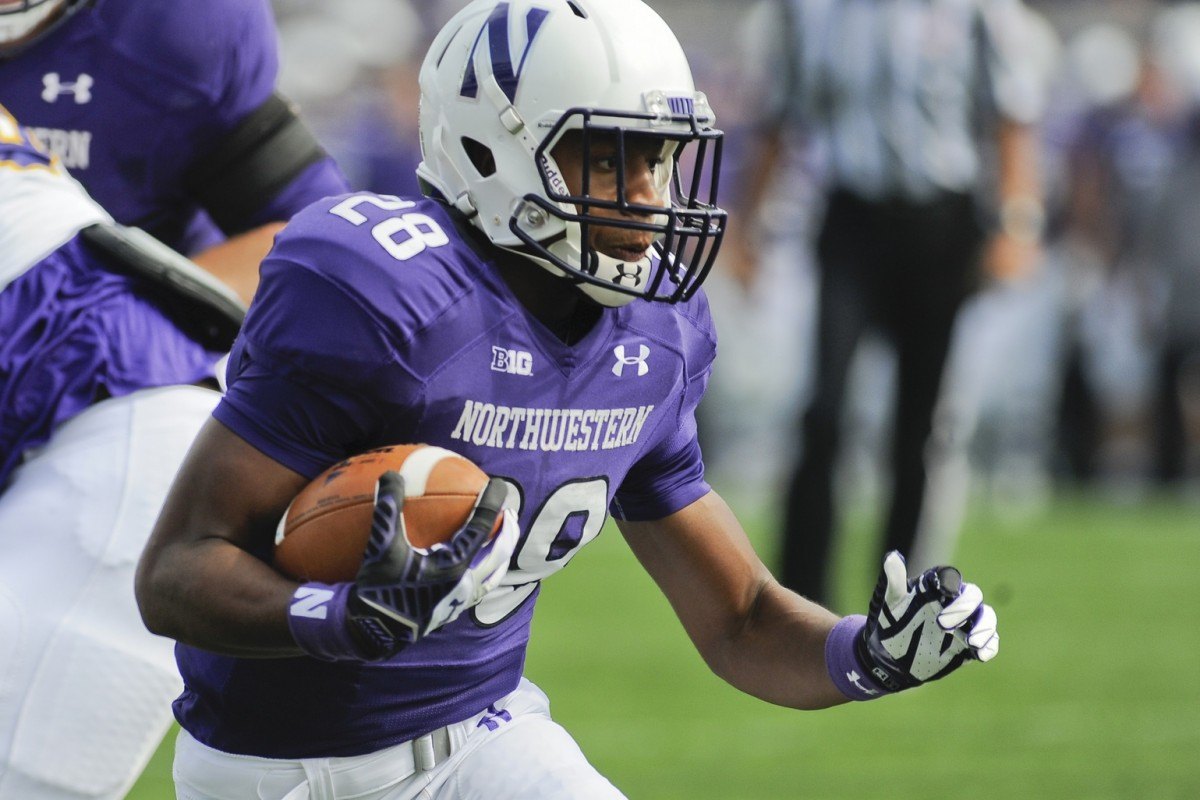 Northwestern (-290) vs. Kentucky (+245) - In this battle of Wildcats, No. 21 Northwestern comes to Nashville singing a winning tune, with seven straight victories and pursuing the school's third 10-win campaign since 2012. Northwestern's defense is better than Kentucky's, and in senior running back Justin Jackson, Northwestern suits up a back who's run for 1,154 yards and nine touchdowns. Junior linebacker Nate Hall has 16.5 tackles for losses, 13th in the nation.

Utah State (-190) vs. New Mexico State (+165) - We follow an all-Wildcats clash with an all-Aggies showdown, If you believe in omens, the last time New Mexico State played in a bowl game was in 1960, which was also the last year in which the Philadelphia Eagles were NFL champions, so maybe a New Mexico State/Eagles parlay is in order. New Mexico State QB Tyler Rodgers could be the difference maker here, either way. He's thrown for 26 TDs but has also been picked off 16 times.

Ohio State (-290) vs. USC (+245) - Back in the day when Woody Hayes coached the Buckeyes and John McKay the Trojans, this seemed to be an annual match-up in the Rose Bowl. This year, it might be the best game outside of the College Football Playoff. Led by NFL-bound QB Sam Darnold, No. 8 USC went a mediocre 2-2 against ranked teams, losing to Notre Dame and Washington State. The No. 5 Buckeyes were 3-1 against ranked squads, including impressive triumphs over Penn State and Wisconsin.

Louisville (-260) vs. Mississippi State (+220) - This figured to be a great game until Bulldogs quarterback Nick Fitzgerald suffered that horrific ankle injury in the last regular-season game. Led by 2016 Heisman Trophy winner Lamar Jackson, the Cardinals will simply be too much for Mississippi State to handle. This season, Jackson has passed for 25 TDs against six picks, and he's rushed for 100 yards or more in nine of Louisville's 12 games.

Iowa State (+155) vs. Memphis (-175) - If you're a total player, totally bet the over here. Memphis State is averaging 47 points per game this season, while Iowa State scored 40 points in five games and topped 30 in two others. With signature victories over No. 2 Oklahoma and No. 15 TCU, it's easy to look at the Cyclones as the team to beat in this game. But they've lost three of four, while the No. 19 Tigers are 7-1 in their last eight games.

Washington (+110) vs. Penn State (-130) - Rolling along at 7-0 and suiting up two Heisman contenders in QB Trace McSorley and RB Saquon Barkley, the Nittany Lions looked playoff bound until back-to-back losses to Ohio State and Michigan State kept them out of the Big Ten championship game. No. 9 Penn State is 0-2 against top 25 teams. The 12th-ranked Huskies, also 10-2, come into this game off a 41-14 whipping of No. 21 Washington State.

Wisconsin (-190) vs. Miami (+230) - There's hovered throughout college football a season-long belief that the No. 10 Hurricanes weren't legit, and the feeling is that their flaws were finally exposed in a regular-season ending 24-14 loss to 5-7 Pitt and a 38-3 drubbing at the hands of No. 1 Clemson in the ACC title game. The No. 6 Badgers were 11-0 and playoff bound until their loss to Ohio State in the Big Ten championship game, and they will take out their frustrations on Miami.