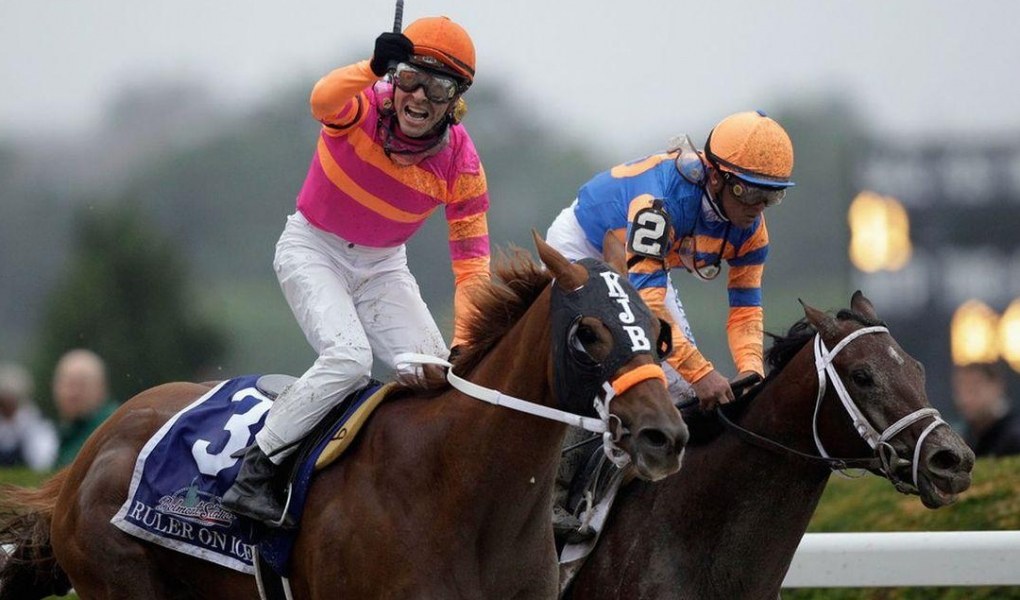 Checking in as the morning line favorite for the Clark we find Seeking Soul at odds of 8-5 in the ML. He burst onto the graded-stakes scene by winning this race last year, coming from off the pace to make his move in the final quarter-mile to get up for a 1/2 length win.

Trained by Dallas Stewart, he was a bit of a flop three starts back in the (G1) Woodward Stakes, but gained redemption by scoring a win next out in the (G3) Ack Ack Stakes at Churchill and last out ran a very good second in the Breeders’ Cup Dirt Mile at odds of 10-1.

This is probably a better distance for him, he appears to like the Churchill dirt, and if he gets some pace to run at he should be right there in the mix as they charge toward the wire. He’s a must-include in exotic bets in Bovada’s racebook.

Some of that early speed should come from Leofric (3-1 ML odds) who took a couple seasons to get into the graded-stakes ranks but who has had some good success with a pair of wins and a pair of in-the-money finishes in four starts in graded stakes.

He did all the dirty work in the Woodward, duelling on the lead and then ultimately hanging on for third, and then repeated that performance to win the (G2) Hagyard Fayette Stakes at Keeneland one month ago.

Expect Leofric to be on or near the lead once again as an improving colt primed for his first Grade 1 win.

A hard-trying fan favorite who runs all the big races – including all three legs of this year’s Triple Crown – Bravazo (9-2 ML odds) is 0-for-8 since January with two runner-up and two third-place finishes in that span, the last seven all at the Grade 1 level. Last out he was third in the BC Mile.

He gets a bit of class relief here, and the distance should be more to his liking, but based on past results it’s difficult to tab him for the win.

Long Shot Hence Should Be In The Mix

A graduate of the 2017 Triple Crown series, Hence (12-1 ML odds) has had his best results running at the lower-stakes level, although he does have a Grade 3 win in the 2017 Iowa Derby.

Seventh in the Woodward and fourth in the Hagyard Fayette, he’s on a good-race, bad-race streak, and if that pattern holds he should be good enough to get a small piece of the prize money here.

The 2018 Clark Handicap goes Friday, November 23 from Churchill Downs. It’s the second of two graded-stakes races on the Friday card, with an expected post time of 5:56 PM Eastern.

Avoid the mayhem of Black Friday and stay home to bet the Clark Handicap on your PC with an account at one of these recommended online racebooks.