This is the fifth time Alabama has played in the Chick-fil-A Kickoff and their first visit since 2014. The Crimson Tide are 4-0 in the Kickoff, which started in 2008. The Tennessee Volunteers won their only contest in 2012, while it’s the first trip for the State Seminoles and Yellow Jackets.

The annual event is played in Atlanta on the opening weekend of the college football season. The games move from the Georgia Dome to the Mercedes-Benz Stadium, the new home of the NFL’s Atlanta Falcons. Let’s take a look at the matchups for the Kickoff (odds provided by betonline.ag).

Head coach Nick Saban and the Crimson Tide lost a lot of talent to the National Football League this past draft, but what else is new? Alabama, ranked No. 1 in the nation in preseason polls, seems to have a locker room full of top recruits every season.

Quarterback Jalen Hurts returns after a terrific rookie season to lead the offense.

The Crimson Tide finished 14-1 last year after a perfect regular season and SEC title. Hurts completed 63 per cent of his passes for 23 touchdowns against nine interceptions. He also gained 954 yards on the ground with 13 TDs. Saban has made it no secret that he’s looking for a big improvement this season in Hurts and the passing game. Alabama was 5-0 straight up and 4-1 against the spread in its previous five games against ACC opponents.

For the Seminoles, it’s like school just started and they’re writing the final exam. It does not get any tougher than Alabama. Well, maybe if the game was in Tuscaloosa.

Quarterback Deondre Francois showed a lot of toughness last year in his rookie season as Florida State finished 10-3 and capped off the year with an Orange Bowl win over Michigan. The second-year QB threw for 3,350 yards and 20 touchdowns versus seven interceptions last season.

Florida State, which won seven of their final eight games last season, lost star running back Dalvin Cook to the NFL. But freshman sensation Cam Akers looks to fill his shoes and take some pressure off of Francois. Both young players must play close to a perfect game in this matchup or the Seminoles, ranked No. 3 in the nation, will be 0-1 and looking at a very tough schedule.

BABB’s pick — Atlanta is also the site for the national championship game on Jan. 8, 2018. Alabama lost the title in a heartbreaker last year. They will be hungry to revisit Atlanta and reclaim the top prize in the land. Roll Tide. Both defenses rank among the best in the nation. Points will come at a premium. Take the under. 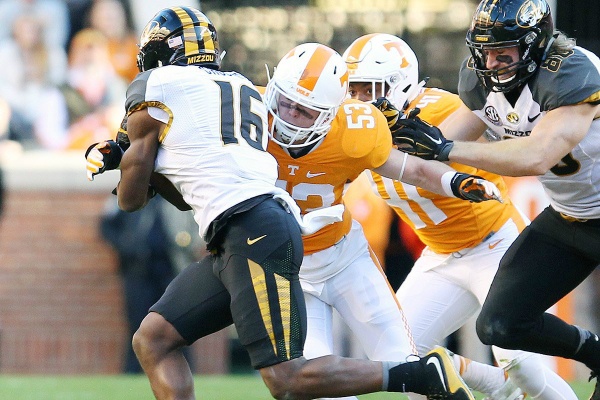 No. 25 Tennessee leads the all-time series against Georgia Tech at 24-17-2, but the two teams haven’t played each other since 1987.

The unranked Yellow Jackets, 9-4 in 2016, will have a new starting quarterback, but no decision has been made as to who that will be. There are four players in the mix, led by Matthew Jordan, a run-first quarterback who started one game last year. The team also lost running back Dedrick Mills, who led the team in rushing as a true freshman. He missed four games last year, three of them for breaking team rules. He has since transferred to a junior college.

Tennessee will also have a new quarterback behind center with the leading candidates Quinten Dormady, a traditional pocket quarterback, and Jarrett Guarantano, a redshirt freshman with a strong arm. Tennessee got out of the gate with a 5-0 start last year, but the Vols endured a three-game losing streak and finished the season 9-4. They have a lot of improving to do, head coach Butch Jones said recently.

BABB’s pick — Tennessee continues to rule this rivalry. Count on Jones to have his team ready for the opener and take the Volunteers. With inexperience at both quarterback positions, 56 points is expecting a lot. Take the under.