Champions League: It's An All-England Final

No English side has been as dominant in UEFA Champions League history as Liverpool. This will be the ninth final for the Merseyside club and English Premier League runners-up, most of any English team. Liverpool lost in last year’s final to Real Madrid. Valencia (1999-2000) and Juventus (1996-97, 1997-98) are the only teams to lose back-to-back Champions League finals. Two teams – Bayern Munich (2012-13) and AC Milan (1992-93) – won the Champions League final the year after losing in it. 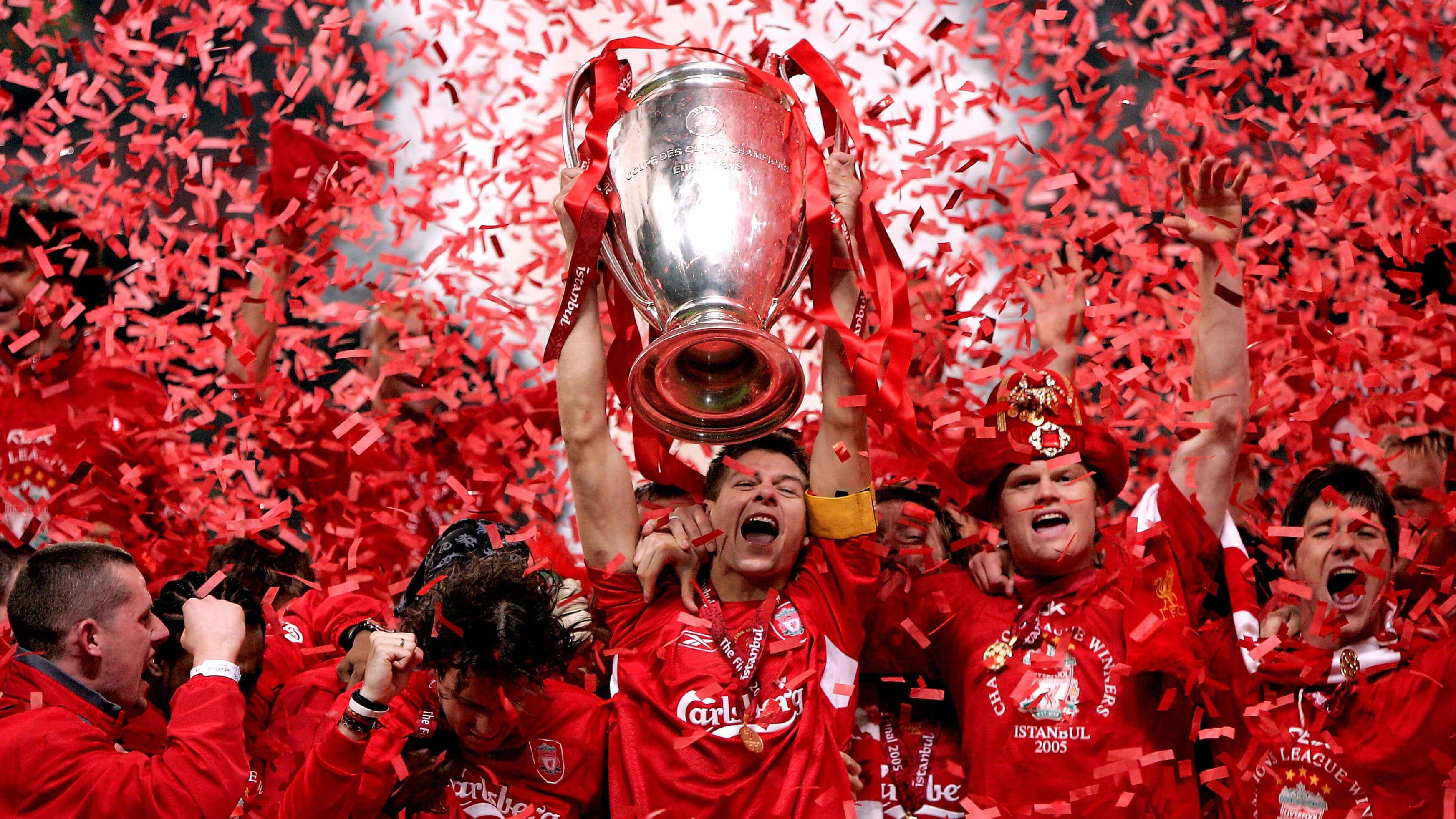 It’s the fourth time in seven years that the Champions League final pits two clubs from the same nation. Atletico Madrid fell to Real Madrid in 2013-14 and 2015-16. Bayern Munich downed Borussia Dortmund 2-1 in an all-German 2012-13 final.

Oddly enough, Spanish clubs have won a record 18 Champions League/European Cup titles. But even though this will be the ninth final contested in Spain, just two of the previous eight featured Spanish sides.

As the experienced Champions League side in this matchup, Liverpool has drawn the favorite’s position when it comes to Champions League Winner Odds. BetOnline lists the Merseysiders as the moneyline chalk to win the match in regulation time at odds of -108.

If you’d rather not mess with a game outcome, BetOnline is also offering an available prop wager in which Liverpool is given odds of -195 to win the trophy. 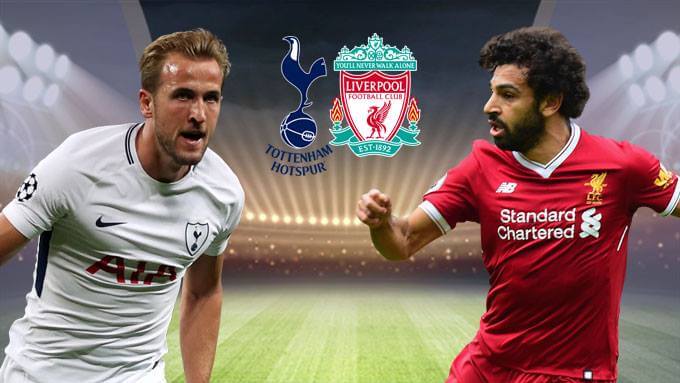 Tottenham’s odds of winning the trophy are set at +160. Spurs are +275 to score a match win without requiring extra-time or a penalty shootout. The total is set at 2.5 goals. An over bet scores you odds of -106, while playing the under garners a betting market of -110. Five of the last six Champions League Finals went over that total.

An intriguing play that you might want to consider is betting the game to end regulation in a draw. This wager offers a moneyline of +235. With this play, you are banking on the teams requiring extra time and/or a penalty shootout to decide the issue. Twice in the past five years and three times in the last seven finals, that’s what’s been needed to determine the Champions League Winner Odds.

Liverpool’s last win and the only previous all-England Champions Legue Final were both decided by penalty kicks. In fact, the last three times an English side won the competition, the final required a penalty shootout.

One advantage to both teams being from the same country is that there’s an available match history to draw upon when handicapping this game. Liverpool and Tottenham met twice in English Premier League competition.

Tottenham comes into the Champions League Final with a 2-5-1 slate in the last eight matches. Liverpool is riding a 17-1-5 roll through the last 23 matches. 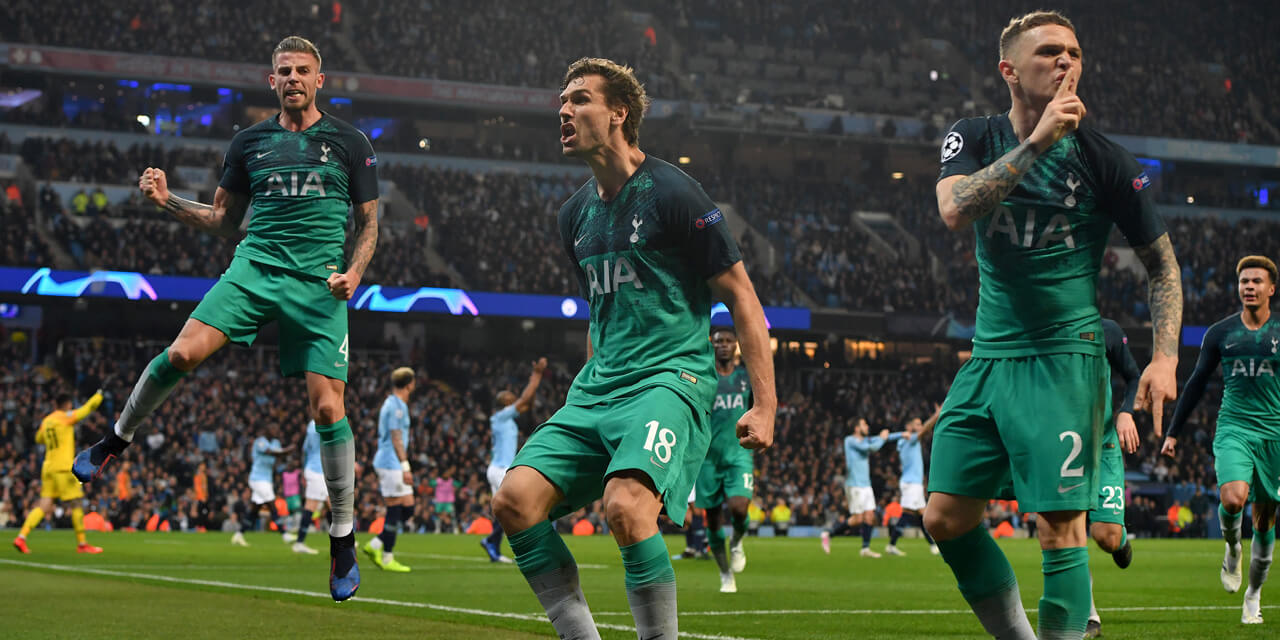 Both finalists defied the UEFA Champions League Odds, staging stirring semifinal rallies to earn their places in the final. Liverpool overcame a 3-0 first-leg deficit by scoring four goals at Anfield to beat Barcelona 4-3.

Tottenham lost its home leg 1-0 and fell behind 2-0 and 3-0 on aggregate by halftime in the away leg at Ajax. But Lucas Moura scored a hat-trick in the second half, slotting home the third tally six minutes into injury time to tie the score 3-3. Spurs went through to the final via the away goals rule.

Liverpool are 5-3 in eight previous final appearances but the Reds have lost their last two Champions League finals. Their last win came in 2004-05 when they came back from a 3-0 first-half disadvantage to beat AC Milan 4-3 on penalties.

Will Kane Be Able? 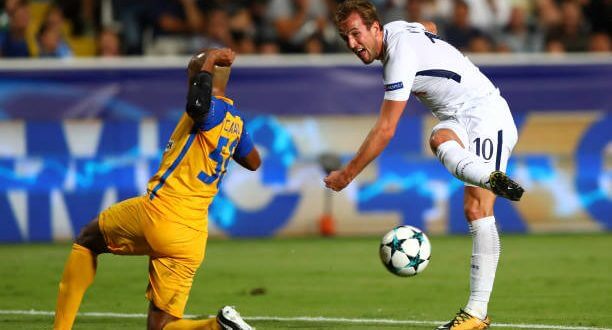 A major concern for Spurs is the fitness of striker Harry Kane. The 25-year-old England captain, who led the 2018 World Cup with six goals, hasn’t been in the squad since he damaged ankle ligaments in an April 9 match against Manchester City.

Kane insists that he will reach match fitness in time for the June 1 final, and that would be a significant upgrade for Tottenham’s Champions League Winner Odds. Spurs have experimented with Lucas Moura, Heung-min Son, and Fernando Llorente at the central striker position, with mixed results.

Tottenham have lost three of their last five matches and been shut out in three of those games. Kane has scored a team-leading 24 goals this season.