The scenario is starkly similar for the Washington Capitals. The Pittsburgh Penguins have pushed them to the edge of desperation. Can the Caps rally from an 0-2 series deficit? It all starts with Game 3 and we look at their chances here, with odds provided by Bovada.lv: 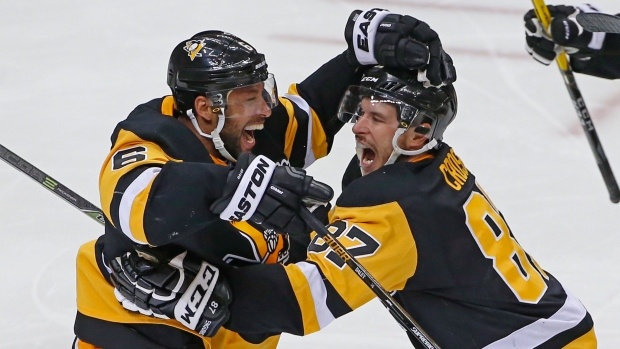 At the beginning of the second round of the Stanley Cup playoffs, Capitals goalie Braden Holtby was the +1100 favorite in Bovada's Conn Smythe Trophy future book. If you opted to play that wager, it doesn't look like such a good bet.

Holtby was OK in Game 1 as Washington lost 3-2 to Pittsburgh but didn't make any spectacular stops. In Game 2 he was terrible and on the bench in favor of backup Phillip Grubauer as the third period of Washington's 6-2 drubbing got underway.

As Washington's first-round series with Toronto continued, Holtby got better. He parried 61 of 63 shots over the final two games of the set. Two games into this set, he's getting worse.

Holtby's goals-against average (.367) and save percentage (.828) against the Penguins are dreadful, and if that level of performance persists, Washington will be comprehensivey swept aside.

You can't say the Penguins are outplaying the Capitals. In fact, it's quite the opposite. Washington held a 35-21 shots on goal edge in Game 1 and a 36-24 advantage in Game 2, including a 27-12 edge over the first two periods. Washington launched 35 shot attempts in the first period of Game 2 alone. Yet when they retired to the dressing room for the second intermission, the Capitals were down 3-1.

A team can overcome adversity to win in the playoffs but no team can outplay poor goaltending. The Penguins are getting Stanley Cup caliber netminding from Marc-Andre Fleury, who previously won them the Cup in 2008-09. The Capitals are not getting it from Holtby and a team can't win the Cup if their netminder is not on his game. It's not the only factor in this series but it is a major one.

Holtby isn't alone as a difference-maker for the Caps who is making a difference in the wrong direction. It was defenseman Kevin Shattenkirk, Washington's prize trade-deadline acquisition, who was caught out of position on Nick Bonino's third-period winner in Game 1 and who turned the puck over as the Penguins scored a shorthanded goal against the flow of play to open the scoring in Game 2.

While the Caps stumble, the defending champion Penguins look like a club destined to win another championship. Captain Sidney Crosby scored twice in Game 1 and set up two goals in Game 2. He has points in six straight games. Jake Guentzel and Phil Kessel each contributed two goals and an assist in the Game 2 triumph, while Stanley Cup scoring leader Evgeni Malkin compiled a goal and an assist.

The Penguins have scored at least three goals in every game of the playoffs and topped four goals on five occasions. Meanwhile, Justin Williams, Andre Burakvosky, Shattenkirk and Marcus Johansson are all pointless for the Capitals in the series. 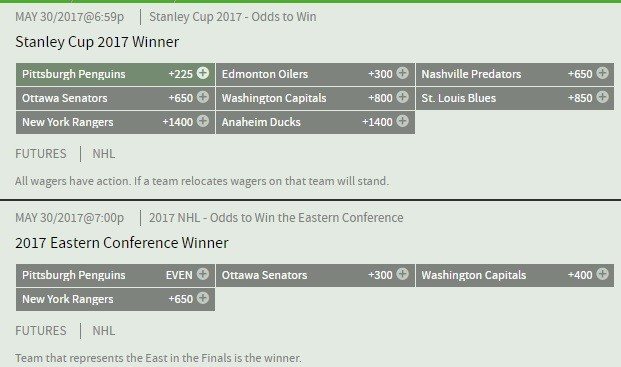 Washington's dismal performance has impacted the future book at Bovada as well. The Capitals entered postseason play as the Stanley Cup favorites but are now situated as the third choice to come out of the Eastern Conference at +400 and No. 5 on the list of Stanley Cup winners at +800.

Tag : Caps' Holtby Needs to Find His Game and Fast