Back The Ducks To Beat The Flames In Six

This set has everything you want from a playoff series - a recent history, bad blood, and a developing rivalry. If only they could convince everyone that it will also be competitive.

The Ducks dumped the Flames in five games when the two clubs met in the postseason in 2015, and this season Anaheim dropped Calgary four times in five meetings.

Will this one-sided dominance continue? All the data to make your wagering decision follows below, with odds provided courtesy of Bovada.lv: 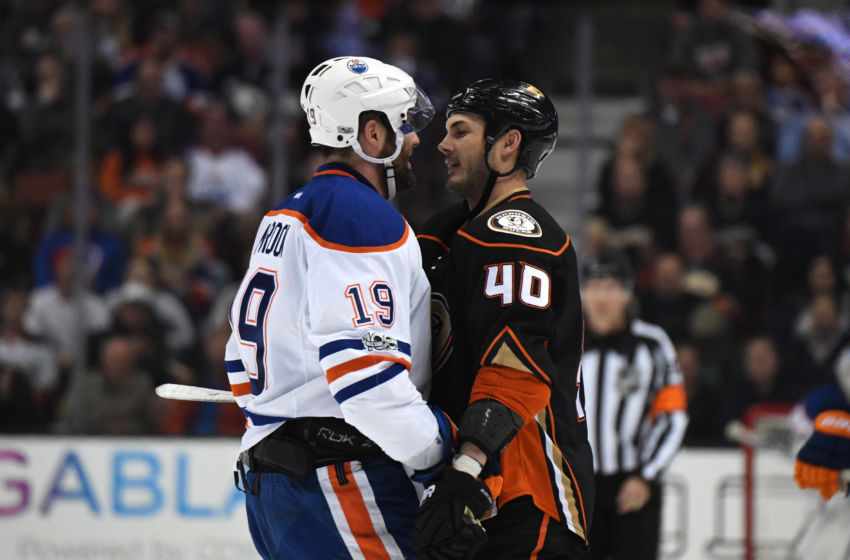 This series might have been the least interesting of the eight first-round sets if it weren't for just over a week ago, when a hit from Flames captain Mark Giordano inured the knee of Cam Fowler, Anaheim's top defender and the Ducks ice-time leader at 24:50 per game. The Ducks accused Giordano of a dirty knee on knee hit and a war of words has since ensued, fueling the fires as they get set to hit the ice.

But is there anything to get fired up about? Do the Flames actually have any chance here?

An immediate turnaround will be required by Calgary for that to happen. But the Flames pulled that off once this season, making the playoffs despite a dismal 5-10-1 start.

The last time the Flames won a game in Anaheim was April 25, 2006, and they'll need to win one there to take this series. Anaheim has won 27 in a row against the Flames at the Honda Center.

There's also the underwhelming history of Flames netminder Brian Elliott as a playoff goalie. He's 15-19 with a 2.49 goals-against average and a .911 save percentage in Stanley Cup play. But Elliott's save percentage, .892 prior to the all-star break, jumped to .924 thereafter, so he's playing his best hockey of the season right now.

Led by the 3M line of Mikael Backlund, Matthew Tkachuk and Michael Frolik, Calgary also has scoring depth, with a dozen players reaching double digits in goals. Giordano, who missed the 2015 playoff series between these teams through injury, is Calgary's best defenseman and could help close the gap.

The Ducks will hit, hit and then hit some more. Anahem was second in the NHL with 2,146 hits and will look to wear down the smaller Flames. Anaheim allowed the third-fewewst goals in the NHL (197) and yet you woudln't classify the Ducks goaltending tandem of John Gibson and Jonathan Bernier as spectacular.

Special teams will impact this series. Calgary (323) and Anaheim (315) were 1-2 in the NHL in minor penalties. Anaheim (fourth in the NHL) killed penalties much more effectively than Calgary (12th).

The points series totals assigned to Anaheim players include 5.5 for Ryan Getzlaf, 4.5 for Corey Perry and 4 for 33-goal scorer Rickard Rakell. Bovada isn't putting a lot of stock in Backlund, offering a 3.5 total for his series points. Tkachuk is also set at 3.5, and Monahan at 4.

All of those Calgary numbers seem low but we'd advise an over wager on Backlund as being a solid bet.

The total set for Game 1 of this series is 5 and if that's the number Bovada continues to go with, you'll want to be playing the over. Both the Flames (5.45) and Ducks (5.16) games averaged above that number consistently this season. And with the amount of penalties both teams take, scoring chances should be plentiful in this series.