Back the Celtics to beat the Wizards in seven games

The Boston Celtics jumped out to a 1-0 series lead over the Washington Wizards on Sunday, and to be honest, it's not looking good for latter going forward.

This is a weird thing to say, because a lot of people had the Wizards winning this series before it started. They were turned off by the way the Celtics fell into a 2-0 series hole with the Chicago Bulls, and many pundits and fans could not get over Boston's crappy defensive rebounding numbers.

And then there's the way the Wizards began Game 1—by jumping out to a 16-0 lead. That had a lot of people thinking long and hard about the potential outcome of this series.

But the Celtics came back. And as they were making their comeback, the Wizards lost Markieff Morris to a sprained ankle—what he said the worst sprained ankle of his life, in fact. The Celtics' comeback was gravy from there, because the Wizards need Morris to function at a peak level on the defensive end. He and Otto Porter are their primary switchers, and without one of them, head coach Scott Brooks is forced to rely upon rookie Kelly Oubre Jr. or traditional frontcourt combinations that struggle to defend in space.

This isn't to say Morris will be the difference between an Eastern Conference Finals berth and early exit. But his absence speaks to the Wizards' lack of depth. They aren't able to play the "Next man up" card. They don't have one. Ian Mahinmi is still banged up and not playing, Brandon Jennings cannot handle the point guard reins for more than a couple minutes at a time, Jason Smith and Bojan Bogdanovic are defensive liabilities, and Oubre Jr., while at times a defensive stud, cannot be counted on to create off the bounce or knock down a high percentage of threes. 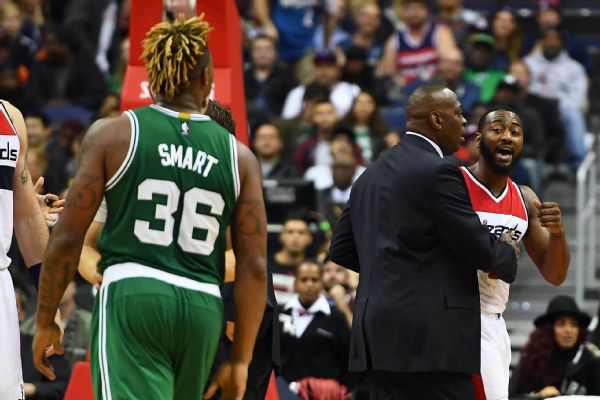 All of this, in turn, increases the burden placed upon John Wall and Bradley Beal. And while Wall has been up to the task for much of these playoffs, Beal has waffled. Yet, even if they're both on, this is hardly the ideal model.

Take the Wizards' Game 6 win over the Atlanta Hawks in the first round. Between the points they scored and generated with their assists, Beal and Wall accounted for 90 of the team's 115 points. That's impressive, but it's not sustainable every game of every series.

The Celtics, for their part, showed the Wizards why. They took a ton of threes, dictating the pace and terms of the offensive flow. It wasn't even that they made a lot. They didn't. The sheer volume with which they shot acted as a threat, opening driving lanes for Isaiah Thomas and passing options for Al Horford, who finished one rebound shy of a triple-double.

None of which is to say this series will be super easy for the Celtics. It won't be. They will get killed on the glass when the Wizards go big, and they'll need to hope rookie Jaylen Brown can give them quality minutes against the Wizards' wing-heavy lineups.

Still, the Celtics were in the middle of staging a comeback when Morris went down in Game 1. If he's not right for the rest of the series, even if he's playing, the tides will take a drastic turn.

If nothing else, bet on the Celtics' depth taking care of business, even if this series has to go the distance. 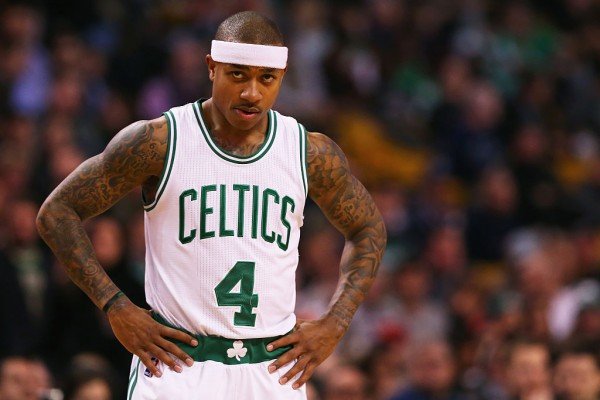 If you're looking for a change of pace, as well as a way to capitalize on the favorite, try rolling with the Boston Celtics in six games. If Morris doesn't return right away or isn't right while playing through his ankle injury, the Celtics will have a golden opportunity to run away with this thing.

And as it just so happens, according to the BetOnline Sportsbook, the Celtics are a +500 to win in six. Their odds to win in five at the moment are actually worse than that (+400), so now would be a good time to hop on a more aggressive dice roll.