Coming off a thrashing the Redskins on the road, the Steelers have cemented themselves as one of the front runners in the AFC. The 38-16 punishing the Steelers dished out to Washington was one of the most convincing wins of week one. Led by four combined touchdowns from running back DeAngelo Williams and quarterback Ben Roethlisberger, Pittsburgh's offense is going to be a handful for any team.

Cincy, on the other hand, barely escaped New York with a 23-22 victory after a close call against the Jets. The Bengals narrowly pulled out the win thanks to wide receiver A.J. Green torching Jets shutdown corner Darrelle Revis to the tune of 180 yards and one touchdown.

Pittsburgh vs. Cincy is usually an exciting matchup for both teams. Bad blood exists between the squads, so expect this to be a wild one. We'll give the Steelers the nod here thanks to home field advantage.

Kansas City notched their biggest ever comeback in week one when they were able to score 17 points in the fourth quarter and six in overtime to knock off the Chargers. Quarterback Alex Smith looked right at home leading the offense. The former University of Utah signal-caller, Smith threw for 363 yards and two touchdowns, including the game-winning rushing scramble.

The Texans were able to fend off a pesky Bears team after falling behind 14-10 at halftime to take the victory, 23-14. Houston quarterback Brock Osweiler threw for 231 yards and two touchdowns in his Texans debut and the Houston offense looked tough to defend with new running back Lamar Miller rushing for over 100 yards.

Both teams made frantic comebacks in their first games so it's going to be interesting to see which one seizes the advantage here. Kansas City has the slight edge thanks to their superior offensive line and a more experienced quarterback. The over/under here is slated at a conservative 44 so think the over on this one. 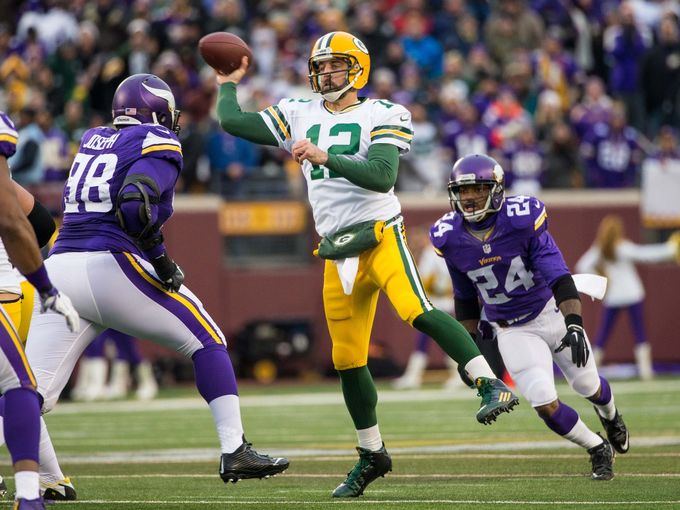 The Packers are coming off a hard-fought 27-23 win against the upstart Jaguars and are looking to gain some more momentum in week two against rival Minnesota. Green Bay was 1-1 against the Vikings last season, knocking off Minnesota 30-13 on the road. Aaron Rodgers and company looked sharp in the final quarter against the Jaguars on the road, so expect more of the same with the Vikings.

Minnesota is still trying to come to terms with the loss of quarterback Teddy Bridgewater. The Louisville product tore up his knee in the preseason and will miss a significant chunk of time. In his place is veteran signal-caller Shaun Hill, who threw for 236 yards in the 25-16 victory over the Titans.

Adrian Peterson, while usually a focal point of the offense, was held to 31 yards rushing. His presence will be crucial to take the pressure off of Hill. Additionally, these two defenses are some of the better units in the league, but we recommend going with the over on the prospected 44 points.

Expect this to be a close contest, especially with the playmaking potential of the Vikings defense, but Green Bay is still the king in the north.

The Best of the Rest