Who you should back in the NHL on Saturday 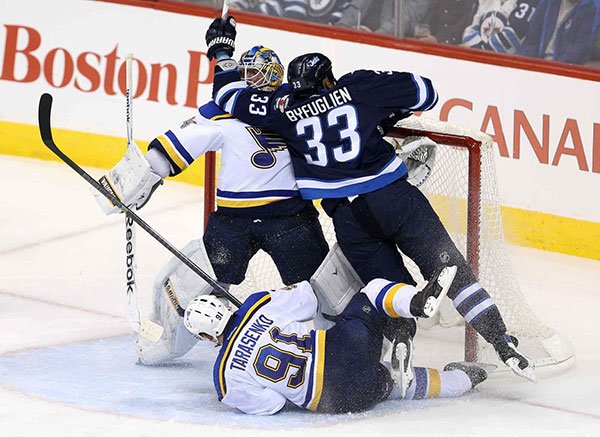 Times are tough in St. Louis, where the Blues have dropped back-to-back games and have won just four times in their last 10 contests. The Blues will look to get rolling again on Saturday night when they travel to Winnipeg to face a Jets team also struggling to accumulate points.

The Jets, also winners of four of their last 10 games, enter action on Saturday night as -126 on home ice, where the club is 12-9-1 at MTS Centre this season. The Blues have been dismal on the road, with a record of 7-11-1. Clinging on to third place in the Central Division, the Blues head to Winnipeg as appealing +114 underdogs.

The Blues have struggled to find secondary scoring after Vladimir Tarasenko, who leads the club in every major offensive stat category. The Russian sniper, who has 20 goals and sits fifth in league scoring with 45 points, is a major factor why the Blues remain in playoff contention.

Despite the Blues’ recent woes, the club has still dominated the head-to-head matchup against the Jets over the last 10 meetings, winning six times during that stretch.

The Jets, playing without star rookie Patrik Laine, have won just five games in their last 10, but are still -1.5 point spread favorites. That’s a tall task for a team struggling to generate offense.

This will be a tight match, with the Blue squeaking out a hard-fought road win. 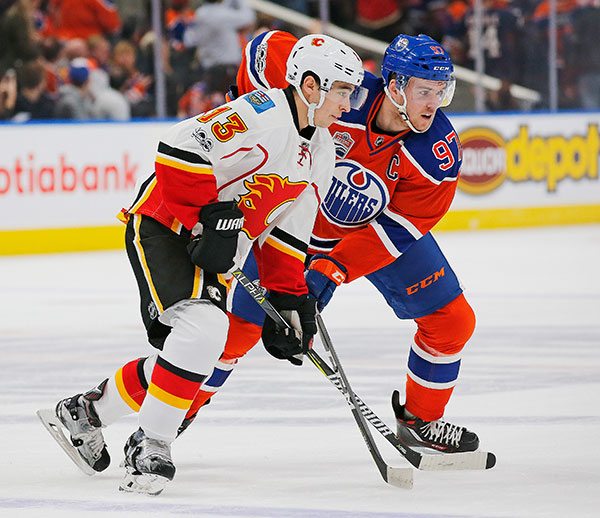 For the second time in a week, the Calgary Flames and Edmonton Oilers will clash in the Battle of Alberta. This time, the matchup shifts to Calgary, where the Flames look to stay in a wild-card spot as -145 favorites.

The Oilers are firmly holding on to third place in the Pacific Division and are comfortably in a playoff spot heading into action on Saturday night. Winners of six of their last 10, you may want to consider putting your money on the Oilers right now — especially as long as No. 97 is on the ice.

Connor McDavid continues to torch the NHL in his sophomore season, as the 19-year-old star leads the lead in scoring with 55 points. McDavid heads to Calgary riding a three-game point streak.

The Flames on the other hand have struggled to find consistency, specifically Johnny Gaudreau, whose numbers have dropped considerably after signing a mega contract extension.

The head-to-head battle over the last 10 meetings has been split right down the middle, with both the Oilers and Flames winning five games apiece over that span. However the Oilers have won three straight games against their provincial rivals.

Expect a high-scoring affair, which means taking BetOnline’s 5.5 total points projection in addition to the Oilers winning is a good combination. 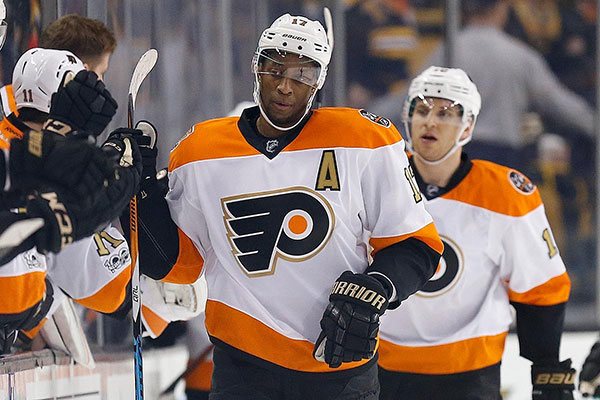 After a promising month of December, the Philadelphia Flyers have struggled to find the same success in 2017.

The Flyers — with just two wins in their last 10 games — enter action on Saturday as -156 favorites, while the Devils, who are fading out of post-season contention, are +141 underdogs.

As dreadful as the Flyers have been of late, the club has played its best hockey at Wells Fargo Center, posting a record of 14-6-3. 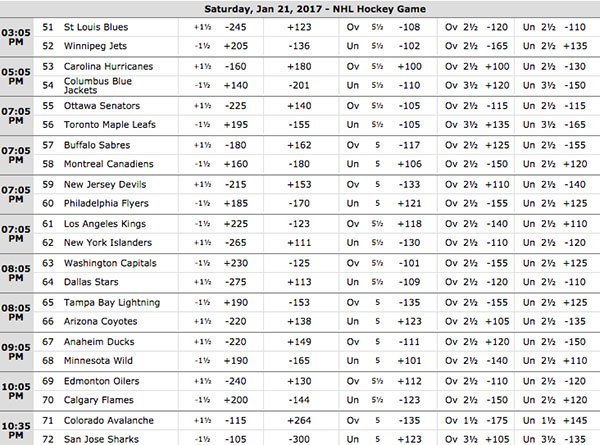 The Devils will have to keep an eye on Philly’s Big Three — Jakub Vorachek, Claude Giroux and Wayne Simmonds, who combined have a total of 113 points this season.

The head-to-head battle over the last 10 meetings between these Metropolitan Division rivals has been tilted in favor of the Devils, who have defeated the Flyers seven times during that period.

It should be a different story on Saturday for the Flyers, who are -1.5 favorites and should cover on home ice.