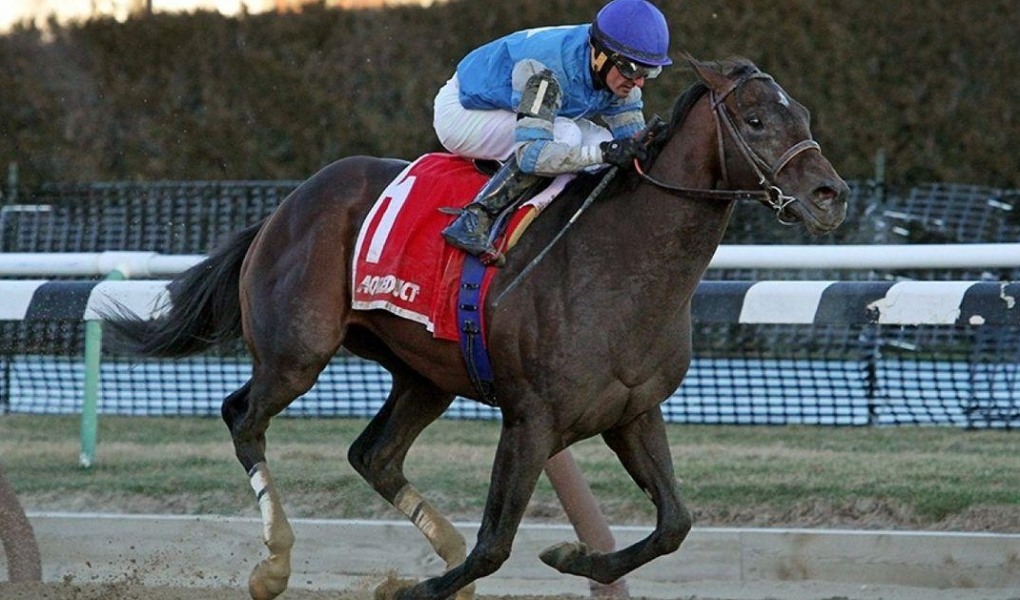 Among the seven starters for the 2018 Remsen, two stand out as the prohibitive favorites in the race. With the slight nod as favorite at morning line odds of 6-5, Maximus Mischief ships in from Parx racing in Pennsylvania with a record of two wins in his first two lifetime starts.

He showed lots of early speed going wire-to-wire to win his lifetime debut by an easy eight lengths racing 5 1/2 furlongs, and then came back to win an allowance level race next time out by six lengths – albeit in a field of only two other horses – stretching out to seven furlongs.

Here he’s being asked to stretch out again all the way to 1 1/8 miles, and it’s yet to be seen how he’ll handle the increase in distance and a much tougher field than he has faced so far.

Checking in right behind him as the second favorite in the ML odds at 7-5 is Florida-bred Network Effect, who came from just off a very fast early pace last out in the one-mile (G2) Nashua Stakes to get up for second behind the highly regarded Vekoma.

Unlike Maximus Mischief, it seems clear that Network Effect will be able to get the distance, and the top-level experience gained in the Nashua makes him the top choice for the win.

One of those making the turf-to-dirt switch is Jungle Warrior (8-1 ML odds) who broke his maiden on the turf at Woodbine in his career debut and then last out came with a huge rally from second-last in a field of 13 to finish fifth in the (G1) Summer Stakes at one mile, also on turf.

His sire was the 2012 Kentucky Derby winner Animal Kingdom who showed some varsatility in his career being Grade 1 stakes-placed on the turf and scoring a win on the synthetic track in Dubai.

Breaking from the outside gate and rounding out the bottom of the ticket is Tax (15-1 in the ML odds) who is the only runner in the field with a win at further than a mile, as he broke his maiden in his second lifetime try racing 1 1/16 miles at Keeneland.

His speed figures have been relatively low to this point, but he’ll get lasix for the first time in the Remsen and that often tends to move a horse forward from his last effort.

An excellent day of racing  is on tap Saturday from Aqueduct with four graded-stakes races on the card including the (G1) Cigar Mile Handicap. You can bet the full schedule of races with an account at Bovada or one of these other online racebooks.