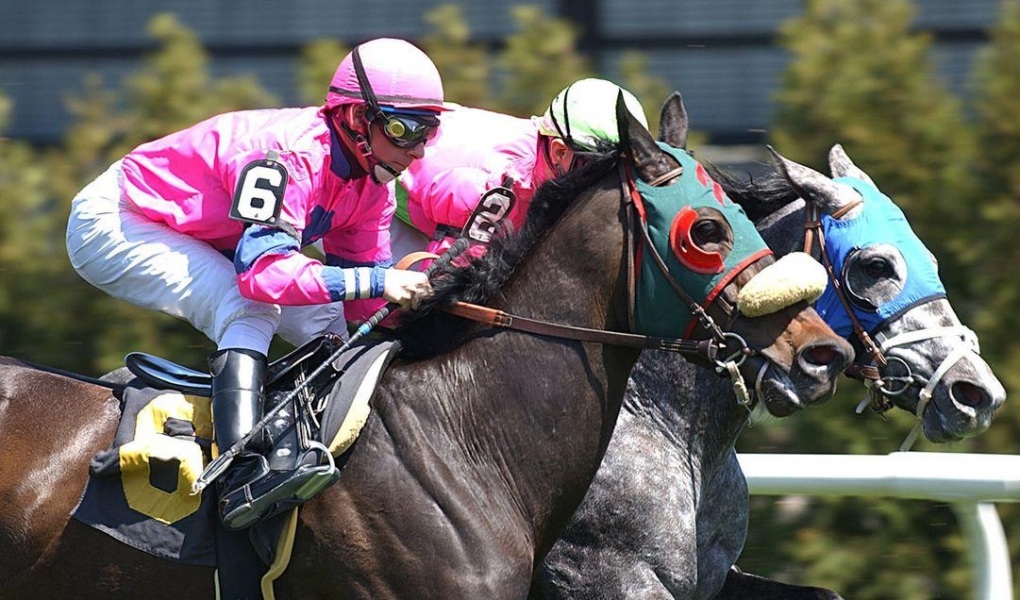 Trainer Chad Brown has a pair entered in the Artie Schiller, including Bricks And Mortar (the 5-2 favorite in the morning line odds), who comes into the race after a one-year layoff.  Prior to that he had run in three three consecutive starts at the graded-stakes level in 2017, picking up a win in the (G2) Hall Of Fame Stakes at Saratoga followed by two third-place finishes in the (G3) Saranac Stakes and the (G3) Hill Prince Stakes.

In both of those races he finished within a length of Yoshida, who last weekend ran fourth in the Breeders’ Cup Classic, and while it’s a bit concerning he was the beaten favorite in both races, he has exhibited enough class to make him a top contender in this race.

Backsideofthemoon Takes A Shot On Turf

You can probably draw a line through the last effort by Backsideofthemoon, a fifth-place finish at the allowance level in his first race after being away from the track for three months. He’s listed at 30-1 in the morning line odds and at that high price is worth some consideration in exotic bets.

Prior to his last effort he had been knocking on the door in several graded-stakes races and scoring very high speed ratings, albeit running in the dirt. His connections obviously feel he’ll make a forward move being switched to grass, and sometimes these are the kind of horses that offer high value when it’s not known how they will handle the surface switch.

Breaking from the #1 post position, Kentucky-bred Qurbaan (3-1 ML odds) started his career racing in France, with mixed results at the stakes level, and then came over to North America to win the (G2) Bernard Barusch Handicap at Saratoga.

Qurbaan followed that up with a third-place effort in the (G1) Shadwell Mile, and while the one-mile distance might not be his best fit, you can expect him to be well in the mix as the field charges for the wire.

The second Chad Brown entry is Projected (4-1 ML odds), who has finished in the money in his last six races, although he’ll be looking for his first win since September of 2017. Last out he ran third behind Qurbaan in the Bernard Barusch in a three-horse photo finish, and it’s not difficult to see him turning the tide on that one in this race.

One of the very few northern US tracks to hold live thorughbred racing through the winter, racing fans can get their fix by betting Aqueduct races through an account at Bovada’s online racebook.